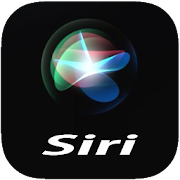 If you want to know about siri for android & siri alternative get Siri for Android Tips. You shoule have been surprised that you see your friends are using Siri for android and you want to use it too but here comes the question on how can you do that. This is the right app that will teach you how to do that and how to use siri app for android. So in this app we will show you Siri alternative app for Android that can provide you quite much in formation on real Siri app. There are several apps in market that have similar features that Siri can do. And thus we hope that the provided info of Siri alternative app will help you a lot. So the only thing for now you need is to download this app and try it yourself. We have also considered that you will get more benefits from virtual assistant app siri. But be aware and note that this guide app Siri for Android alternative is only giving some useful information about siri for android. And meanwhile we do not provide the voice assistant app siri but only give you some information on siri app.