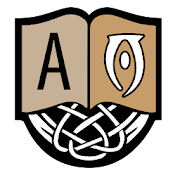 Appocrypha is a unique Lore Explorer focused on the epic fantasy world of the franchise The Elder Scrolls, a universe with magic, dragons, elves, humans, ... The App is an incremental work, which contains all Skyrim books, books that can be found and read inside the game, but when you're playing you do not really want to read, since you want to kill things. Since many people with whom I had talked about the game told me they wanted to read the books but it's tedious to do it in the game, I conceived Libros de Skyrim, and then, its radical improvement, which is Appocrypha. This app allows you to read all those stories at your own pace, in the lost moments queuing at gov's offices, or in the metro, or before bed. Appocrypha is available in English, Spanish, and there is an attempt to add French that is currently half-baked, and for which I accept help (as well as for any other part of the app, as the project needs more hands than mine). Appocrypha is, at the same time, a library, a collectible, a wiki, a small social network, and a labyrinth of knowledge, reason for its name, since Apocrypha is the realm of Hermaeus Mora, Daedric Prince of the hidden history knowledge. And it has lost the Black Glosses, which treasure the scrolls, hidden behind the names mentioned at the books. By tapping the names you get coins, and unveil the lore scroll. It's not one of the Elder, but they give you access to the knowledge you tapped. There are thousands of hidden scrolls, and growing each day. They may seem simple links, but they're not, because with them you collect and complete your small personal album / wiki. The app includes: - Book of the day: every day, a new book of The Elder Scrolls is available, without spending coins on it. - A library with more than 400 books, and growing. - A minigame based on coins, scrolls, and lore categories. The coins are earned tapping on the names in the books to find hidden scrolls, and can not be purchased with real money: it's not crypto in any manner. They are exclusively useful to add more books to your library. - When you find parchments, add that knowledge to your Lore album, a system of categories that allows you to find locations, regions, worlds, races, species, clans, factions, constellations, objects, characters .... and access their info sheets . - Lore Info Sheets are worlds by themselves: Each item registered in the app can include an individualized timeline, where it is from, what faction, its occupation, it's map, the cities within..., and best of all, in the end, all the quotes of that element found throughout all your collected books, and links to all of it. - A very precise search engine for any element of Lore. - An interactive timeline. - A news system, an exclusive forum, and you can create an exclusive avatar-shield! Appocrypha is intended for those who love The Elder Scrolls, or for those who simply like to read Medieval Sagas, or for those who simply want to have a fast handly wiki when they are playing the game. Who is that Barenziah? Appocrypha tells you, deeply. It's designed to fit to the universe of Tamriel, with reused UI elements, optimized for mobiles and tablets. Download it! I hope you enjoy using it as much as I enjoy improving it each day :) NOTE: The App requests web registration, you can not access with social network profiles, and only asks for access to images to upload your avatar. Unique and exclusively. Your data is stored in the cloud, so you may not be able to access it with very slow connections. NOTE 2: Appocrypha is not an official product: the rights of this saga are property of Bethesda, Zenimax and its subsidiaries, and Appocrypha is based on lawful use. Although I do not have explicit permission for the use of the saga, these companies have never contacted me, neither for Appocrypha nor for Skyrim Books, with the intention of being removed or ceased. And this is one of the reasons why I admire the company, and the work they do.