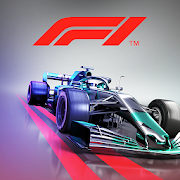 Play NEW F1® Manager for FREE and be the boss! Take control, make the big calls and master the art of race strategy to become the best F1® team in the world. Will you tell your race drivers to risk it all and go for it, or play the long game and sneak victory on the final lap? Faster than ever on-track action with STUNNING graphics. Featuring all the OFFICIAL circuits, teams and drivers from the 2020 FIA Formula One World Championship™, including Lewis Hamilton, Sebastian Vettel, Max Verstappen and Daniel Ricciardo. GAME FEATURES ● Official Formula 1® racing management strategy game ● Create your ultimate F1® team and duel players in real-time 1v1 races ● Make split-second decisions to defeat your racing rivals ● Win chequered flags to unlock new series and earn epic rewards ● Recruit and train real-life F1® drivers ● Collect car components, develop and customise your race cars ● Compete against all 10 official F1® teams at beautiful real-life F1® circuits ● Pull off genius tactical management orders ● Set your pit stop strategy and select the right tyre compounds ● Decide when to push hard or conserve fuel ● React to weather changes, accidents and safety car periods ● Battle your way to the top of your league and win promotion to better divisions ● Compete every F1® race day for the ultimate rewards in Grand Prix™ Events PLEASE NOTE! F1® Manager is free to download and play, however, some in-game items can also be purchased for real money. Also, under our Terms of Service and Privacy Policy, you must be at least 13 years of age to play or download F1® Manager. A network connection is also required. Terms of Service http://www.hutchgames.com/terms-of-service/ Privacy Policy http://www.hutchgames.com/privacy/ Credits & Legal http://www.hutchgames.com/f1-manager-credits/

I Am Nic on 2020-05-30
And 2020 Update is like this : You can match with the 2019 Legacy team, your pitstop is faster but what if, he use hamilton & Seb while im using Russel & Giovinazzi dude he is 10 & 14 while im being 23 & 24? Let me see behind your head, oh, SHRIMPP You only can overtake a driver with 0% tyre after 2 second THE POINT IS, IF YOU ARE LUCKY YOU WIN, YOU ARE NOT LUCKY YOU LOSE YOU ONLY NEED TO BE CONSISTENT TO WIN, BUT ALSO NEED LUCKYNESS WHAT A JOKE!!! F1 MOBILE MANAGER IS A JOKE!!!!!
Matt Harvey on 2020-05-30
Being a F1 enthusiast I loved the look of this game but the mechanics are disgusting and really unrealistic, overtaking is trash even when you have fresh tyres and have full power opted it still doesnt overtake someone who has old tyres or broken down, I really want to like this game but it really is the most frustrating F1 game out there, and the developers DO NOT LISTEN to the players views and ONLY WANT THEIR HARD EARNED CASH, sadly I will be looking elsewhere for a enjoyable game
Steve Coatsworth on 2020-05-30
The new update / version is atrocious! The game matches you up against players who qualify 10 places ahead of you but the new driver stats make overtaking nearly impossible!? If u force your driver to push u use all your fuel and gain a couple of places max. The only way i can overtake in the game is by an undercut pitstop. I just stick hards on and put my phone down just to get the points for a crate. Is the game more like real F1? Yes. Does it make for an enjoyable game? 100% No.
James Oye on 2020-05-30
Not sure I agree fully with the complaints here. For me, strategy still works, such as managing speed during pit stops. Even in real F1's Senna, Mike, Mika has their ups and downs so high grade drivers should randomly experience 'ruts'. Love the fact u can grind without pay to get crates. H&Support has been prompt to resolve my issues. Maybe i'm lucky, but if options to customize each car for drivers separately is avail & tyre choices by NPCs are shown, it'd b perfect.
Matt Johnson on 2020-05-30
Fun but flawed. This game is designed for players to only advance by spending money. The updated game engine matches you with players (or bots) you can't beat and will not let you overtake a leading car that has lapped you, completed the race and which should be showing down. At least you can't be over taken in the pit lane now. Edit: the game engine appears to be more forgiving that I originally thought, upped my rating from 2 to 3 stars
Henry Roffe on 2020-05-30
This game isn't very good to be fair. I've not been playing for long and I'm in series 3. I keep getting 2 flags away from series 4 and it scripts and then it keeps making me go back up more than 20 flags needed for series 4. The overtaking is a joke and its annoying because you will keep running wide and your rival will overtake you and also if you don't qualify ahead of your rival you dont stand a chance.
Robbie Ezc on 2020-05-30
When I started I was a bit confused. Found the game to be a bit simple. Then, I went on YouTube, and discovered there's actually a good amount of strategy that goes into it, both on, and off the track. Setting up your car parts, drivers, managing your money between upgrades, and racing. There's a well balanced matchmaking system too, so you end up against a rival that is more or less, in your bracket.
Jonathan Coggan on 2020-05-30
Very similar to actual F1 racing. Races aren't long enough, fewer tactical options for the race and few tactical options/unpredictable occurences in qualifying e.g. Crashes, (by driver error/cars coming together). And matching of competitors was ridiculous as one may be 25 and their opponent will be as much as 10X better, so you have no chance before you even move a mm!
John Mcgee on 2020-05-30
Pairings are terrible, can't compete against qualifying 23/24 against someone qualifying 2nd and 5th. Game would be good if balanced, but most of the time pairings are ridiculous. Plus since update to 2020 season even with zero tyre life the other player is same speed! Can't overtake opposition even when they have zero tyre life, and I am on 50% plus. Deleted game
Francis Noel Versoza on 2020-05-30
First of all i love this game but there is one thing that i hate the most it is the matchmaking i losses 7 times in a row by just matching high tier opponents like having drivers like Ham, Vet, Rai and other high tier drivers. Even if you tell my im a nub i know that it is unfair. I wish the Dev could fix the matchmaking so the game will be fair and square.