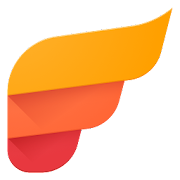 Fenix brings you a fresh and modern Twitter experience! Tired of the same old Twitter apps? Give Fenix a try and you won't go back! ✓ Support for multiple accounts ✓ Fully customisable main screen, where your lists and saved searches can be just a swipe away ✓ Beautiful images and videos previews, with support for external websites like YouTube, Instagram, Vine and Flickr ✓ Gorgeous conversations layout ✓ Mute system for noisy or unwanted users, hashtags or keywords ✓ Choose from a selection of beautiful light or dark themes ✓ And a lot more...