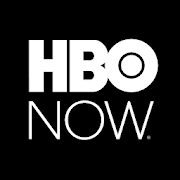 With HBO NOW you can watch big premieres as they air—plus every episode of HBO’s addictive series such as Game of Thrones, Westworld, Watchmen, and so much more. In addition to getting new movies every week, you also get news, comedy specials, smart talk shows, thought-provoking documentaries, and the special events everyone’s talking about. Getting started is easy. Just download the app to sign up for your free trial (afterward just $14.99/month. Free trial is for new customers only.). Watch on your favorite screen—phone, tablet, connected TV or gaming device—and on your computer at HBONOW.com. Cancel anytime. HBO NOW® is only accessible in the U.S. and certain U.S. territories. Some restrictions apply. We updated our data features to better protect your data and give you more control over how we use your data—see Do Not Sell My Personal Information in Settings. We also updated our Privacy Policy. ©2020 Home Box Office, Inc. All rights reserved. HBO NOW® and related channels and service marks are the property of Home Box Office, Inc. For help, please visit help.hbonow.com. Privacy Policy: https://play.hbonow.com/privacy Terms of Service: https://play.hbonow.com/terms Manage sharing your data at: http://warnermediaprivacy.com/do-not-sell

Drexel, Lord of Simps & Cucks on 2020-05-25
Works well on Roku and Browser. The phone app still needs a lot of work. After some time, whether used or unused for a certain period of time; app loads up and remains stuck at HBO logo. Only way I know to get around the issue is uninstalling and reinstalling. There's also quite a few other bugs that others have already mentioned in their review, so best to not be repetitive like the A-Hole telling everyone to reach out to support. You know the issues, so get off your ass and fix it already plz.
Sagittarius476 on 2020-05-25
What the hell is wrong with your guys' app? I started a free hbo 7 days trial using prime then unsubbed near the end of the trial. I subbed hbo max because of the $11 month offer & I'm now trying to login using my phone, keeps giving me an access error, it says Amazon prime hbo has expired! Yes ofc it's expired because I unsubbed but I'm currently paying for hbo max so why can't I simply sign in on hbo go app?! Why does it straight keep showing me the error?! Where the hell is the login page?
Chad M on 2020-05-25
This app is usually pretty unreliable, but I can eventually stream content after a few restarts. The latest issue is that since the update, when I try to cast content to Chromecast, I get loud audio static over my speakers. No other video services cause this problem, I've restarted the tv, speakers, Chromecast, cleared app cache, deleted and reinstalled the app, and all sorts of other things. On a good day the app is not up to par, but now I can't cast at all. Thumbs down.
Jeff Lucy on 2020-05-25
With the money that comes with a company like HBO, you'd assume they could hire app designers or an IT tech crew that could create something that a group of 9 year old's could come up with in an hour. On top of freezing up (with perfect wifi speed and connection) constantly and rarely updating their movies or decent title selections, it's time to say goodbye.. I tried to stay for 6 months after having subscribed for 2 years, but Netflix is running circles around you...
Justin Clark on 2020-05-25
The QA team for this app needs to step it up. BASIC functions like "fast forward 10 seconds" breaks consistently resulting in massive skips in time and the cast function replicates devices which subsequently freezes the app if you choose the "wrong" duplicate. Don't even get me started on the poor UI where you can't see anything about the movie/show before jumping immediately into playing it. Lots of truly basic work is required here.
Jol Rarer on 2020-05-25
Honestly, not good. The playback is awful. I tried both on wifi and my phone data at full bars. It was constantly glitchy and would randomly stop. Also, I really dont like that I have to watch ads even though this is a paid service. I would stick to cable if I wanted that. I like HBO and what shows and movies they offer, but not this app. I would suggest going through hulu as an add on if you really want HBO streaming.
GW Tilse on 2020-05-25
Can't wait for HBO MAX on 27th! Turner Classics, oh yeah. Saw that there's also going to be some Criterion available!Thanks for keeping the classic film lover in mind. Overall with all the other content deals being made (big bang,friends,rick & morty), it sounds great. One issue is whether I will continue to use Now or be downloading a "Max" app? I've read two different things! Longtime HBO NOW sub_Lifetime HBO MAX ;)
lei D. on 2020-05-25
I have all Samsung smart TVs that were supposed to be able to stream HBO now I spent hours trying to get it to connect and get through all of the BS.I have to watch what I paid for on my phone which is not satisfactory. Very disappointed and upset about the situationand the fact that you took $20 of my money and I've got to watch like 5 episodes of the show I want to watch thanks a lot
Jeremy Foshee on 2020-05-25
After using the Prime Video app for quite some time and having no issues at all, I signed up for Max and was given HBO Now, loaded into the app, and the first thing I try and play I get, "can't play video, we are having trouble playing this video error" the app is completely useless. $15 plus tax for an app that doesn't work. Tubi is free and has 0 problems.
Faye Reid on 2020-05-25
Canceled my subscription on the app and it said it was confirmed. A month later goes by and I was charged $16. Found put that I had to also cancel on the play store but there was no information stating that. They also refuse to give me a refund. Such a scam. Also the app is terrible! Doesn't even work, I barely got to watch anything.