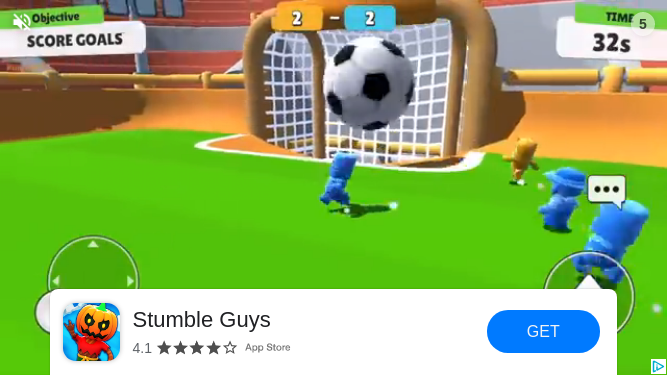 Stumble pass problem
SB Cosmic_YT on 2023-02-05
So I’m a normal player so I had to wait for the next stumble pass and a I spent money on the game and I bought the stumble pass after 1 minute of the stumble pass being released instead of showing the punch emote it showed the hug emote then I thought the special emote of this season is the hug emote but after I few hours I log back on and I see the stumble pass is completely changed instead of the hug emote it was a fire punch emote and before I had all the rewards because I bought levels but I didn’t receive the rewards so I’m recommending you to change your game so this problem doesn’t spread through others… Thank you!
Good, but a few problems.
dat meme guy on 2023-02-05
This is a really good game, easily one of the best Fall Guys ripoffs. Although, it is very unfair. There are a lot if pay-to-win items that people use and honestly just make the game less fun and enjoyable with emote users around. Can you just make it fair with removing all special emotes or at least add special emotes in the normal stumble pass? Like only do it occasionally. Thank you!
Bug problem
stumbleguystrash on 2023-02-05
This game is trash and is is super trash I reach the finals the game just freezes and I am forced to restart. Hackers roaming everywhere and it sometimes doesn’t let me jump. So fix your game it got worse as soon as the new company bought it. For now just it’s trash I need to throw up.
This game is great
its so bad its need for money on 2023-02-05
Me and my friends enjoy playing this game everyday but can you owe me a favor and add a report button since there are teamers and cheaters in the game
Stumble guys
R_al3oud on 2023-02-05
The is a four star because it has added a lot of things like friends lists new games and party mode but it copied fall guys in a lot of ways
Bug after recent update
ccddftgyt on 2023-02-05
Dear developer. After you realized the new update of stumble guys there is a bug where the game just gets stuck. Plz fix this problem..
Love It ❤️❤️❤️
Jeffrey Hailsmith on 2023-02-05
Amazing Game New Friend Features Good Maps Slight touch Add a report button since I see a hacker every now and then 😬
This game is the best
BWLKiller on 2023-02-05
I don’t have any problems. Just wanted to say that this game is awesome and everyone MUST download this app.
Very good game
wdgdddyrdthdhtd on 2023-02-05
It’s like fall guys but on iPad or iPhone it’s fun I recommend playing with friends
Stumble gays
شام فؤاد on 2023-02-05
WOOOOOOOOOOOOOOOOW it IS AA NICE GAME ❤️‍🔥❤️‍🔥❤️‍🔥❤️❤️❤️❤️❤️❤️😍😍😍😍😍🥰🥰🥰😘