All Disney+™ logos and trademarks used and displayed are the property of Disney+. 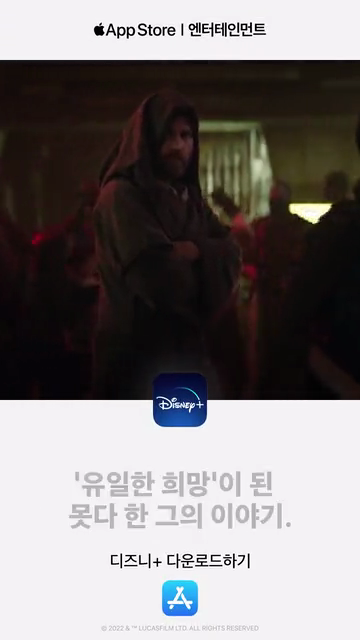 Disney+ gives you something for every mood, all in one place. With endless entertainment from Disney, Pixar, Marvel, Star Wars, National Geographic and Star, there's always something exciting to watch. Watch the latest releases, Original series and movies, classic films, throwbacks and so much more. Stream and download Original Series like The Mandalorian S2, and fan favourites including The Simpsons, Grey's Anatomy, and Frozen. With fresh stories added every week, there’s always something new to explore. With Disney+, you get: • A premium experience • Exclusive new Originals from the creators of Disney, Pixar, Marvel, Star Wars, National Geographic and Star • Access to hit movies, throwbacks, and timeless classics • GroupWatch, a feature for remotely watching Disney+ with family and personal friends • Robust parental controls for family-friendly viewing • Download on up to 10 devices • An ever-growing selection of titles in 4K (compatible equipment required) • The capacity to watch on four screens at once at no extra cost • IMAX Enhanced, see the full scale and scope with IMAX's expanded aspect ratio. Available with certain Marvel titles and accessible on all devices where Disney+ is supported. For help with Disney+, please visit: http://help.disneyplus.com. For our Subscriber Agreement and other policies please visit: https://disneyplus.com/legal. The content available on Disney+ may vary by region. Some titles shown above may not be available in your country.