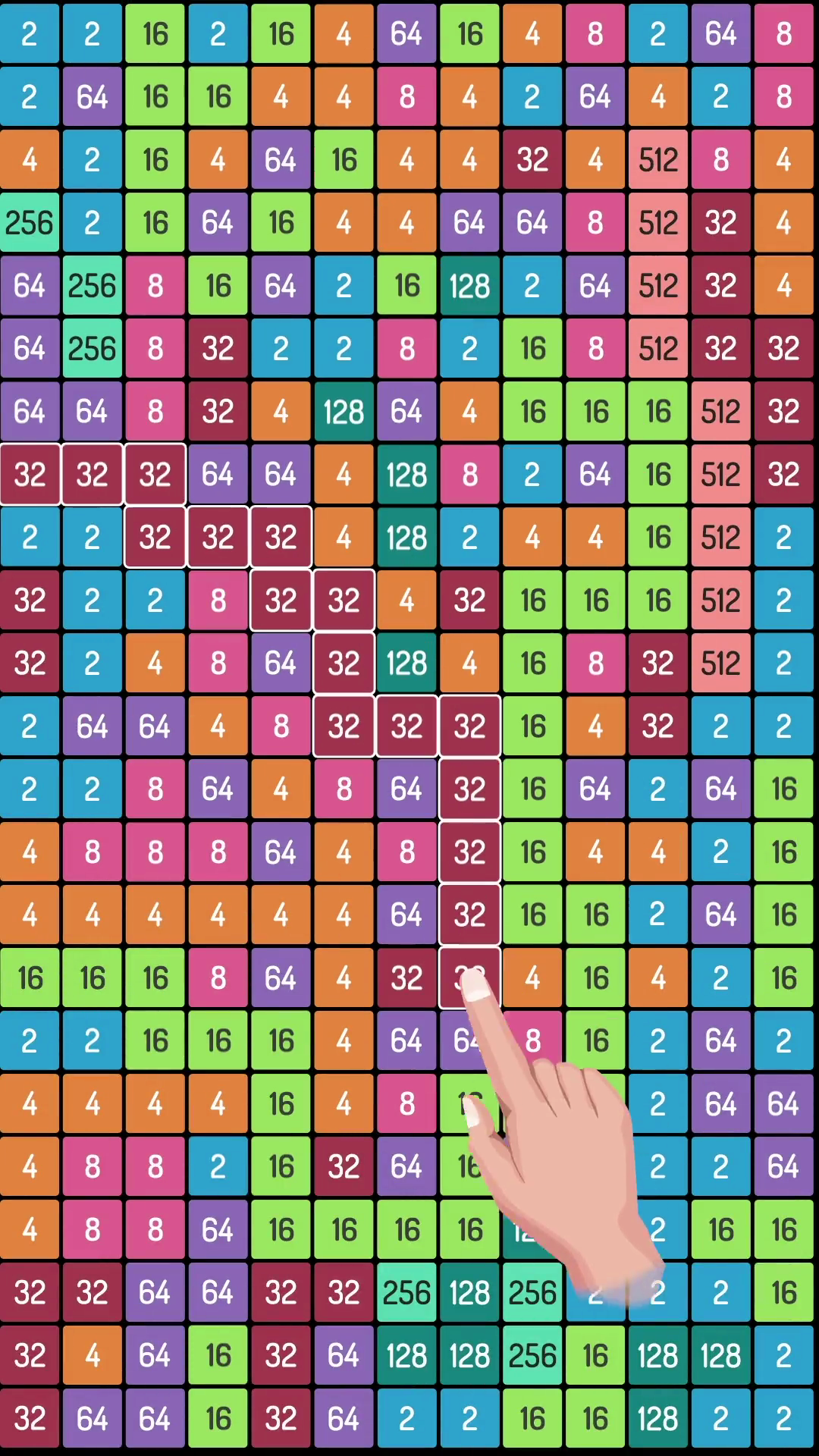 2248 Puzzle Game: Minimalistic & Elegantly designed Game which lets you think out of the box and sharpen your mind. The goal is to connect the same numbered blocks so they merge into higher numbers. You get to enjoy this amazing new puzzle game while improving your memory, concentration levels and reflexes at the same time. Once you start playing it, you will absolutely get addicted to this puzzle game. HOW TO PLAY - Slide the same numbers in any of the eight directions (up, down, left, right or diagonally) to merge them. - Get higher numbers when you merge multiple same numbers together. - Keep merging numbers to get the highest number possible. Game Features - Minimalistic & Elegantly designed Game. - Smooth & simple controls. - Easy to learn and play - Automatic save game - Global Leaderboards - No time limits. - JOIN US ON FACEBOOK https://web.facebook.com/InspiredSquare - FOLLOW US ON TWITTER https://twitter.com/InspiredSquare - FOLLOW US ON INSTAGRAM https://www.instagram.com/squareinspired - DON’T FORGET TO RATE US Send us your suggestions and feedback as we are always looking to add new levels and features! PRIVACY POLICY http://www.inspiredsquare.com/games/privacy_policy.html TERMS of USE http://www.inspiredsquare.com/games/terms_service.html The more you play, more fun it becomes and you just cannot stop playing it. Try it today enjoy this simple yet addictive puzzle game. So what are you waiting for? Download 2248 Puzzle for Free and PLAY Now! Enjoy, 2248 PUZZLE TEAM.

Addictive and with a leaderboard as well!!
TheFurryGamer2016YT on 2022-12-04
The best part of the game is that there’s 1023 levels of roughly 20 minutes each, which means that you have at least 14.2 days of gameplay in this simple little game. Only thing is that I suspect it might crash once you merge to the “infinity” tile, but it seems fun none the less. You guys could also make it so that the tiles have two variables, 1 float (for the powers of 2) and 1 secondary 8 bit variable too keep track of how many times it reaches infinity, this way the game will truly never end. Besides that suggestion, 10/10 (this will boost the gameplay to last to around a decade, yes, a decade of gameplay) (to add this, just add the other number in the top right corner of the tile)
Complete Package
ohcomeonnotagain on 2022-12-04
I am not easily addicted to games but I admit, I’m addicted to this game. So much so I paid the one small payment to delete the ads. This game is totally time consuming which is perfect for me as my mobility is very limited. When I fail a game it encourages me to keep trying. Love it when I am lucky enough to have unwanted numbers deleted and the new blocks added. I would recommend “2248” to anyone who likes to challenge themselves. Go for it!
Nice and basic game
yellas on 2022-12-04
Pretty easy and relaxing game, when you have no wifi and bored I strongly recommend getting this! The ads aren’t really that annoying and if you run out of moves or you wanna change the place of one of the blocks (it costs 200 gems), all you need to do is watch a 30 second add and you get 130 free gems! Would recommend for people who easily get bored :D!
Disappointing
sassy_sue08 on 2022-12-04
This is an enjoyable game when you can actually play it. Sadly the numerous ads just make it impossible to keep playing. The game freezes over & over and you get stuck in the middle of the ads so eventually you just have to give up. I gave it two stars but really don’t see any use in keeping it so will be deleting it
Not addicted!
ConLorMar on 2022-12-04
I appreciate the developer’s response to my first review, which a one-star, and will now give it a three stars, just because they took the time to respond. I can’t give it any more than that because I don’t see the point in the game, nor do I understand what the developer is saying in response to my first review.
Why stop at be?
fr33rider on 2022-12-04
Good game but annoying the count stops after be. Been playing with the infinity block a couple days now and feel stagnant. How hard is it go all the way up to ZZ? You can do zz, then start double capital AA all the way to ZZ, and then after you can go to a1 to a26 or even go with aaa all the way to ZZZ and so on.
It is relaxing, not really challenging but provides a mental distraction
Pettingzew on 2022-12-04
I have no idea how much Tim Hortons pays the developers - but their ads do not close. The only way to exit Tim Hortons add is to close it, I had time to kill and let it run for 5-minutes, even then the stupid ad opened up my browser. In the end, deleted the game, that specific ad glitch was too annoying.
Love this game
~{cuddy~} on 2022-12-04
Addictive but does has some minor glitches that can be frustrating. Also, game is rated for ages 4+ but there are ads that are sexual in nature for a game that is rated 17+. Was going to download this game for my mom but not after seeing those ads.
Sexual ads on 4+ game
hjrxezcvrbtyujhdtrfvgubnjk on 2022-12-04
I downloaded this game as a 4+ rated game. After 30 minutes, Ads featuring a woman having her dress cut off was displayed. This is inappropriate for this age range. If you want to show 18+ ads, rate your game 18+.
A good game but…
jj627777777 on 2022-12-04
Great game! I understand the need for advertising but way, way too many! I make one move and another ad. Then I make 2 moves and another ad. Would have rated higher but just get into the game and another ad…