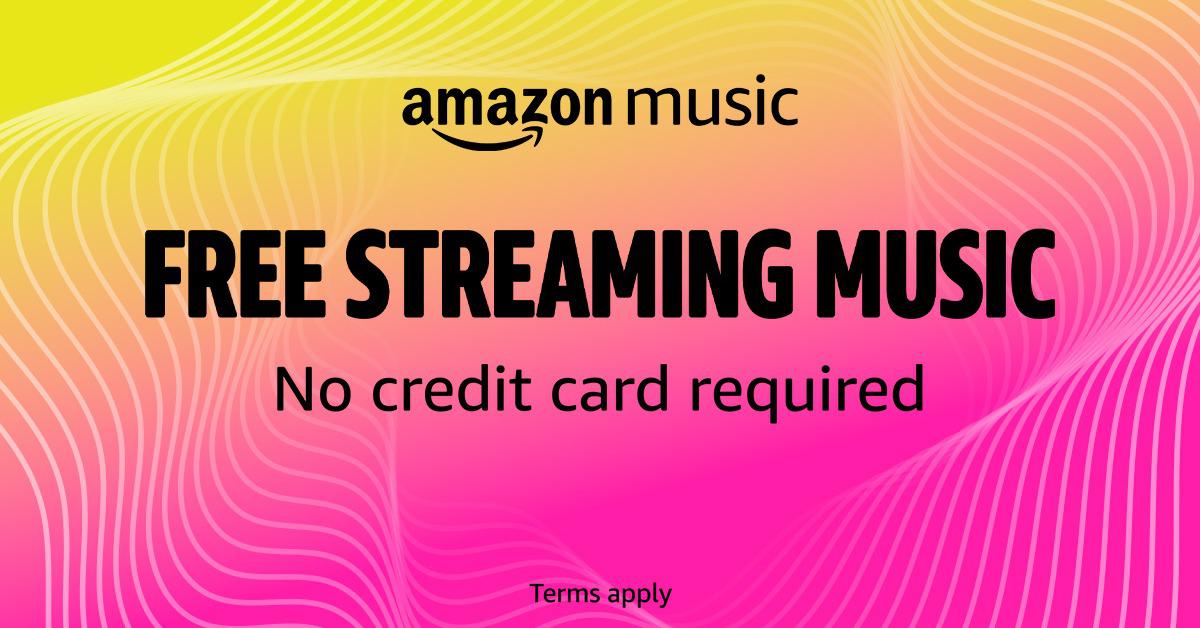 We're changing the way you discover and play the music you love. Listen free to music and podcasts with ads – no credit card required. Prime members can enjoy all the music + top podcasts ad-free. Or, get unlimited access with Amazon Music Unlimited and play your favourite songs, anytime, anywhere. Included with your Prime membership at no additional cost: • All the music ad-free • The largest catalogue of ad-free top podcasts • Discover new music and podcasts based on your likes • Shuffle play any artist, album or playlist Amazon Music Unlimited: • Unlimited access to millions of songs • Pick and play your favourite songs, ad-free • The most ad-free top podcasts • Listen offline • Unlimited skips • Experience our fast-growing collection of spatial audio Or listen to free streaming music, no credit card required: • Thousands of stations and top playlists • Millions of podcast episodes • Discover new music and podcasts based on your likes • No credit card required Import your playlists: • Move existing playlists from other music platforms to Amazon Music in a few quick steps. Learn more at http://www.amazon.ca/playlistimport My Music: • Listen to music you’ve purchased from Amazon – MP3s or AutoRip CDs/Vinyl. Your Amazon purchases are stored for free in the Amazon cloud. Apple Watch features: • Access your favourite music and podcasts right from your wrist • Use your Apple Watch to stream Amazon Music directly or control playback on a compatible iOS device • Play from your library, top recommendations or search for your favourite artists and albums • Download your playlists and albums onto your Apple Watch and listen to them in offline mode when you're on the go Visit us at: www.amazon.ca/music/unlimited www.amazon.ca/music/prime www.facebook.com/amazonmusic www.twitter.com/amazonmusic www.instagram.com/amazonmusic If you subscribe to Amazon Music Unlimited via iTunes where available, payment will be charged to your iTunes Account at confirmation of purchase and your membership will automatically renew monthly unless auto-renewal is turned off at least 24-hours before the end of the then current membership period. Your account will be charged for renewal within 24-hours before the end of each membership period at the rate of your selected plan. You can manage your subscription and turn off auto-renewal anytime by going to My Account or through iTunes. See https://www.amazon.com/gp/help/customer/display.html?nodeId=508088 for the Privacy Policy and other terms applicable to your use of Amazon Music.