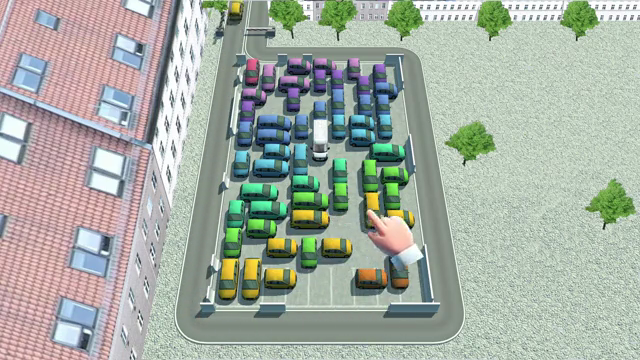 Parking Jam 3D is one of the most downloaded Puzzle Board games with more than 15,000,000 installs. Parking Jam is a fun and addictive puzzle board game. It’s more than just parking - it's a fun driving experience that'll take you to another level! Jams in car parks, challenging parking situations, angry grannies and much more. Experience one of the best parking board games, get rewarded and unlock skins, solve puzzles which get harder each level, choose which car to move so you can find smooth exits without hitting anything and anyone, build up properties, rent them and get "idle money" from them, complete levels without getting stuck, and more! Just make sure you don’t mess with Grandma... In this funny and colourful game, you challenge your logic skills, critical thinking, and timing precision. WITH PARKING JAM 3D YOU CAN ▶ PLAY the full Puzzle Board game experience offline and on the go. ▶ SWIPE to accept challenges, complete different levels and maps. ▶ GET more cars, skins and scenes. ▶ BUILD UP idle rental properties. ▶ EARN money by completing levels and collecting the rent. ▶ UNBLOCK the parking jam. WHY PLAY PARKING JAM 3D? ▶ RELIEVE your stress. Get out of the car park or just hit the cars without filing a claim or paying for repairs! ▶ LEVELS which get harder every time and require skills and critical thinking to be beaten. ▶ CUSTOMISE cars by getting rewarded after challenging new levels and unlocking skins. ▶ CONSTRUCT HOUSES and collect the rent. ▶ LEARN how to unpark smoothly without hitting anything, just choose the right car to move. ▶ LAUGH WITH GRANNY observing how this little old lady ain't fooling anybody. She's a beast - flipping cars and throwing them in your face! ABOUT PARKING JAM 3D Slam the brakes! You’re in a Parking Jam! It is time to leave the car park, but why are everyone else’s cars in the way? You need to move them … but hold on! It needs to be done in the right order, because these tight car parks have tons of obstacles! Solve this tricky parking puzzle and get all the cars on the road! In this fun and colourful game, you challenge your logic skills, critical thinking, and timing precision. It’s super satisfying to flip the cars on the road or into each other, if you pick them in the wrong order. But the best is to try to hit granny: don’t even think about it! What are you waiting for? Challenge your brain with this tricky game right now! --- From the studio that brought you other free games like Pull the Pin, Paint Puzzle, Sandwich!, Clash of Blocks, Paint The Cube and more! TALK TO US Get your Parking Jam on: ▶ Web: https://popcore.com/ ▶ Facebook: https://www.facebook.com/Parking-Jam-3D-100829671743322/ ▶ Instagram: https://www.instagram.com/popcore ▶ TikTok: https://www.tiktok.com/@popcore ▶ Twitter: https://twitter.com/PopcoreOfficial ▶ Youtube: https://www.youtube.com/channel/UCq1BDUD72Rv7dXov7WtR9Og Terms & Privacy https://popcore.com/privacy DOWNLOAD AND PLAY NOW - Join this fun and addictive puzzle board game and clear up the parking jam today!