All Township™ logos and trademarks used and displayed are the property of Township. 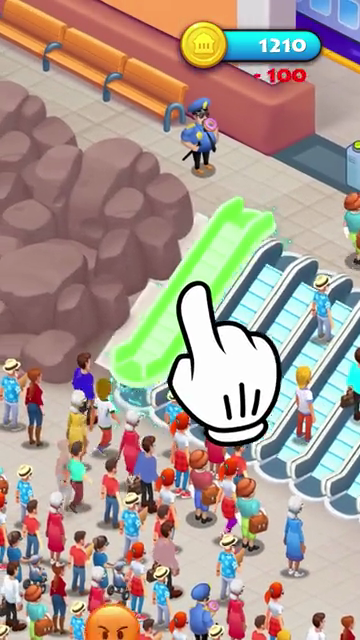 Township is a unique blend of city building and farming! Build your dream town! Harvest crops, process them at your facilities, and sell goods to develop your town. Trade with distant islands. Open restaurants, cinemas and other community buildings to give life in your town special flavor. Explore the mine to get resources and find ancient artifacts. Run your own zoo and collect animals from around the world. Are you ready to build your dream? Let’s get started! Township features: ● Different buildings and decorations you can use to create your dream town ● Various crops to grow and later process at your factories ● Fun, charismatic townspeople with orders you need to fill ● Your town's mine packed with ancient artifacts to discover and collect ● Exotic goods brought from the islands ● A zoo to build where you can even breed animals ● Famous landmarks you can use to decorate your town, like the Statue of Liberty, Big Ben, and many more! ● Play with your Facebook and Game Center friends or make new friends in the game community! Township is free to play, though some in-game items can also be purchased for real money. If you don't want to use this option, simply turn it off in your device's "Restrictions" menu. *You need an internet connection to play the game and enable social interaction, competitions, and other features.* Enjoying Township? Learn more about the game! Facebook: www.facebook.com/TownshipMobile Twitter: twitter.com/township_mobile Questions? Contact our Tech Support by sending an email to [email protected] or check our Web Support Portal: https://playrix.helpshift.com/webchat/a/township/?p=web&contact=1 Privacy Policy: https://playrix.com/en/privacy/index.html Terms of Service: https://playrix.com/en/terms/index.html

Not worth it
Sabrina Muk on 2023-01-28
I first downloaded this game to rewind, but it made my anxiety worse. I’m deleting it, but the work and money I’ve put into this game is just for nothing.I do not recommend this to anyone. I bought so much “town money”, but it’s never enough. Some “northern makeover” levels are impossible to pass, unless you buy extras; but even with extras, the honey and soap levels are just way too hard for no reason(esp considering that it ‘s just a mini game), because they give you. 1 or 2 useless moves, and you just wait for the loves to be restored for 20 minutes each. It’s been 3 weeks, I can’t pass this honey and nut level. It is so frustrating. Save yourself the trouble and stay out. I spent too much money, and it didn’t even feel like I was playing a game, felt like another job I had. The buildings are never completed, because the trains don’t bring enough of everything, because you need to collect 7,10,5 of 3 different things that only 3 trains can bring, so they are never built. The barn is always filled for the same reason. Absolutely no logic was put into this part of the game… I feel so frustrated, omg… DO NOT DOWNLOAD
It’s not good after last update
EagleEyed on 2023-01-28
I would have rated it 5 until this update but removing the current task progress from HUD (and being told it won’t return) make the game so much more difficult (needing to constantly go back and forth to determine your task progress is frustrating). And removing things like the first free daily gold balloon just shows how little Playrix cares about player enjoyment. There used to be multiple ways to earn free town cash daily, but no more. And how easy to offer a free mini play once or twice a day. Of course companies care about the bottom line but it’s gotten ridiculous with how poorly we are now being treated.
Not good anymore
bee2nboo2 on 2023-01-28
When I started playing this game, about 8 years ago, it was so much fun. I didn’t mind spending a little money to advance myself. The golden ticket event was fun and just building and maintaining was a joy. Now, good luck. Greedy developers only want your money. They have made over a billion dollars from their games…that’s our money people. They will not acknowledge their players (you know, the ones that made them rich). So if you want to play please do not give these greedy people anymore money-they do not deserve it.
Love the game but ……
Wallys Place on 2023-01-28
I have been playing the game since it started. It’s great but it needs a couple of things. For long time players, we have done everything, bought everything and expanded everything.. I have many buildings and decorations in storage because I ran out of space. A new area for expansion would be helpful. Thanks. Also, the original Professors Event was the best. Challenging and used co op players to help complete tasks. That was the best!!! Having houses built on water would be cool too.
Fun
Jennjacoco on 2023-01-28
The issue I have with the game is that they make the games so hard to beat the levels. Such as the Northen makeover. They don’t provide a lot of moves for bigger levels, so it’s very hard to pass the levels. I know this a way for them to get you to spend money on the game. So to get ahead it takes a longer and to complete an event with a decent score is very hard unless you use all your money and boosters etc.
Latest update has been a start of a big failure
123 gameplay on 2023-01-28
Game starting to lags on iPhone 13 mini, missing the count on the airport. Does not display the regatta completed count unless you select the building by the sea. First time seeing an update that has degrade the game making me play less of the game now. Cuz game is starting become a frustration than an enjoyment. Hopefully next update will clean up all issues and see an improvement.
MISSING TIMES AND REGRATTA STATUS IN NEW UPDATE
Enthusiastic Gee on 2023-01-28
Hi team, I recently updated this game and I can’t see the departure time for the plane in my township. The status of a task in the participating task of the regratta is not showing either. Kindly fix this because it makes the game and participating events hard to concentrate when you don’t see the progress and what time you have left to complete it in the Home Screen of the game.
Great game but Bad support
Maggiemagjik on 2023-01-28
Love this game, there’s so many different things to do and work on…Mini Games are my favourite! However, anytime there’s an in game issue (such as diamonds disappearing), the developers don’t believe you and won’t compensate for lost items. They also use the excuse that they’re “testing”! How can making someone pay again mid month for the Golden Ticket be testing?
Lots of impossible levels but great game!
Yoyomax3000 on 2023-01-28
Hi! I absolutely love this game and have been playing it for a while. One thing I notice however, on some of the “hard” and “super hard” levels I find that it is nearly impossible to beat. It feels as though you have to have every single power up in order to actually win them or spend money to keep getting moves. It’s actually kind of frustrating at times.
Need new programmers!!
Fraser_v on 2023-01-28
After the recent update, the daily free balloon gift is gone, regatta task progress bar at the top of the screen is gone and the mini game keeps crashing which causes lost progress in the game. Don’t try to fix what isn’t broken, just fix the crashing issues!!! This is the second or third time this has happened after an update and it’s very frustrating