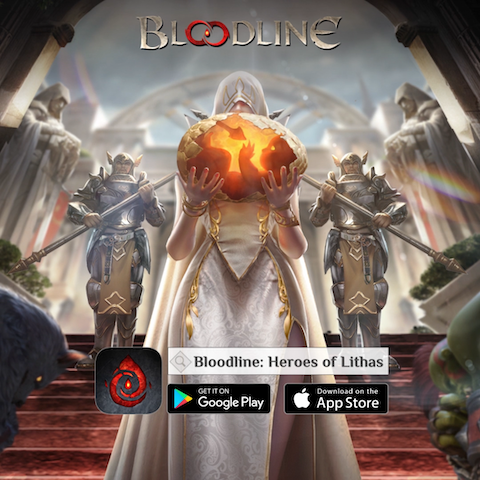 「Overview」 The World of Lithas is waiting for you. Become the next High Guardian, leader of the City of Light, and embark on an epic journey through the realm of Lithas. A fantasy world with diverse cultures and races; meet clans of lycans, demons, demi-gods, elves, orcs, and dozens more. Unite them together on your campaign, bringing them to your side as powerful champions on the battlefield. But that’s not all, forge deeper relationships, courting them as Companions, to unite your bloodlines and raise new and more powerful Champions, a new generation of heirs to fight alongside you. The seeds of chaos have spread throughout the land, shattering and dividing the clans apart, and it will be the work of many generations of Champions to restore peace and order. You possess the Bloodline of the Ancient High Guardians, and you alone, with courage and strength, will be able to command these forces, both present and future to victory. 「Game Features」 - A Vast World of Fantasy Races: The world of Lithas is filled with fantasy races of every kind. How you relate to them will ultimately determine the future of the world. Explore their territories and cultures, find their stories, interact with them, and even engage in Romance. The choice is yours! - Raise the Next Generation of Champions Through careful cultivation of their Bloodlines, you will determine the unique strengths, traits, and skills of the next generation of heroes. Decisions of both nature and nurture will determine their future and your success. Each of your Champions and Companions will bring their own distinct characteristics to pass down to the next generation. Through your efforts, you will forge new Bloodlines of immense power and skill! - Luxis: A City of Light on the Rise Take on the mantle of High Guardian, and lead Luxis, the ancient City of Light, back to greatness. As you expand and rebuild, you’ll unlock more and more features of your city and new avenues of commerce and growth. Allocate your resources and handle the political affairs of your city wisely, and your city will thrive. As you grow, your Champions and heirs will assist you in growing your city, bringing their own unique skills to bear in managing your city. Only by working together will you bring prosperity back to the City of Light! - Bring Honor to Your Clan! You will accomplish great deeds in your journeys through Lithas, and your Clan showroom will mark the achievements you’ve made in your progress! The annals of your Clan will record how you’ve built the strongest combat teams, developed a thriving city, found love with many different Companions, and passed down your bloodline to a legion of new heirs. Each of your deeds will bring honor and glory to your Clan! - A World in Conflict between Order and Chaos From the long shadows of an ancient war, the threat of the Darkness has returned to the world just as the strength of the Goddess of Light has weakened. You must engage in thrilling Raids to fight back the tide of darkness and evil with your chosen champions! In your expeditions, you and your companions will soon discover ancient secrets, long hidden, that threaten to shake the very foundations of the world.