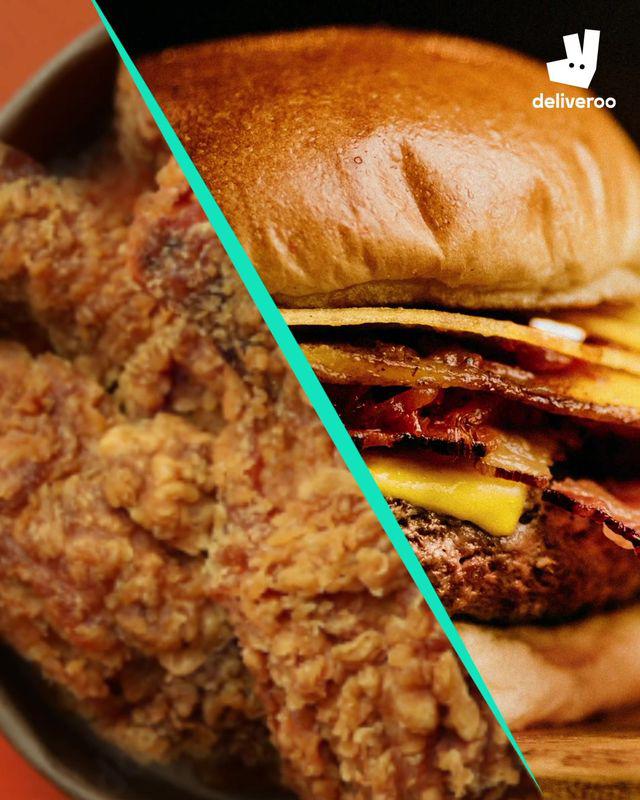 Food. We Get It. Your favourite takeaways and groceries, delivered to your door. ORDER FROM YOUR FAVOURITE RESTAURANTS Everything is on the menu. From nationally loved chains, such as KFC, Wagamama, Nando’s, Burger King and Subway, to local eats and your favourite takeaways, we’ve got them all just waiting to be delivered to you ready to eat. From Chinese to Cuban, from sushi to salads and pizza to Peruvian, there’s food for everyone on Deliveroo. ORDER YOUR GROCERIES FROM LOCAL STORES If you’ve run out of milk or eggs, you can also order from one of our grocery partners and get your essentials delivered straight to your door. With thousands of grocery products available, from daily essentials like milk, eggs and bread, to cooking ingredients and tasty treats, we’re here to deliver the groceries you need from Co-op, Waitrose, Whole Foods, Sainsbury’s, One Stop, Morrisons, Nisa and more. ORDER YOUR WAY • Search for your favourite restaurants and stores • Sort by fastest delivery time or top-rated services • Filter by your dietary needs, whether that’s vegan, gluten-free or anything else • Get delivery, pickup or table service • Schedule your food for later TRACK YOUR FOOD • Track progress in real-time • Get driver alerts • Share your tracker with a group for larger orders ENJOY OUR OFFERS • Use your discount codes • View the latest takeaway deals in our “Offers” section • Filter grocery stores by offers available • Get Deliveroo Plus LOVED BY YOU, DELIVERED BY US Join the millions of foodies that have already downloaded Deliveroo. No matter whether you want your food now or later, whether you want a family sized feast or a small snack, download Deliveroo and we’ll get your delivery to you in no time.