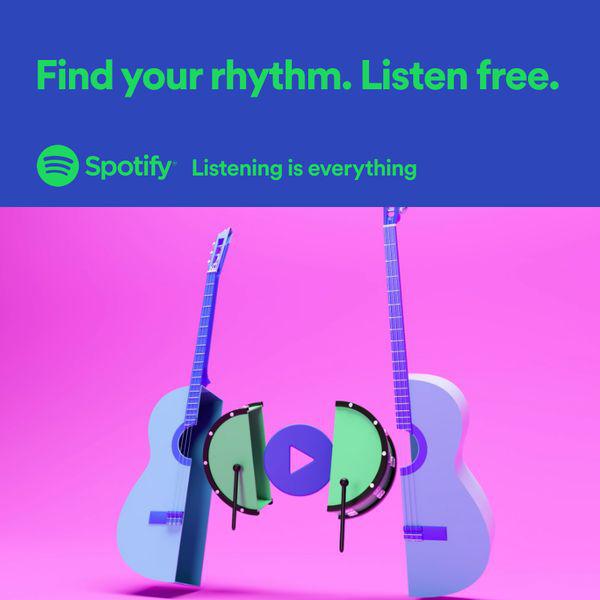 Middle east spotify
ghread on 2023-02-08
I really really like Spotify but as person who lives in middle east we don’t have a lot of features which I don’t know why? we don’t have canvas , karaoke, story lines and others!!! These are amazing features that i wish i have enjoyed them, the WHOLE WORLD should have the same enjoyable experience with Spotify and not just limited for specific countries 🥴, here to see our Middle East having the best version of Spotify ;)
SHUFFLE MODE NEEDS TO BE OVER
Leloweee on 2023-02-08
It's soooo annoying I can't even choose what song do i want! Spotify thinks it's a good idea to force people using shuffle mode!! I'm considering deleting the app it's extremely annoying Going to use anghami, they give adds somtimes random song but at least i got a choice and opinion i get to chose after all also i can see the list of songs in any playlists, such a RELIEF
Won’t let me sign in or Create a new account
😈💩👻🤡👺👹🤮🤢 on 2023-02-08
Everything is perfect about Spotify but it keeps logging me out and when it does it either doesn’t let me log in and tell me something’s wrong or log’s me in then crashes same thing when trying to make a new account but it doesn’t enter me in, it just stays the same, same log in page it won’t enter.
Good but..
leah jone on 2023-02-08
Spotify is really good but the only problem is that when I put a song that I like in a playlist and then go to listen in what I put in the playlist it changes in to another song I did not put in the playlist??? Please Spotify if u see this plz fix it!
Spotify
بو صالح الهلال on 2023-02-08
I was hoping for the program to be released in the Saudi store, but I was disappointed with the payment methods, which I hope you talk through Daf.Directly either from the store or from Apple Pay Or from the card from the app itself.
Very bad
m sa hmd on 2023-02-08
I’m happy to uninstall and remove this app. From my phone. The Swedish donkey burn the holy Quran I remove this app and will not ever use it again.
🇸🇪👎🏼👎🏼👎🏼👎🏼👎🏼
rrrhha on 2023-02-08
حسبي الله ونعم الوكيل فيكم وعلى الي حرق المصحف الشريف و يا العنصريين فين الحرية في الرأي و الحرية الشخصية عجيبين والله !!
Slala
oozMrksa155! on 2023-02-08
Bad for music it’s skipping 10 seconds when I listen to music and its play music when I turn off the music fix this bugs
The advertisement is so annoying
tttqz on 2023-02-08
You made so many advertisements to annoy us and to make us pay to remove it! I’ll remove the whole app instead
Why
Mistro2002223 on 2023-02-08
Why do u make it random I just want to hear music in my order I don’t want to pay money to do that