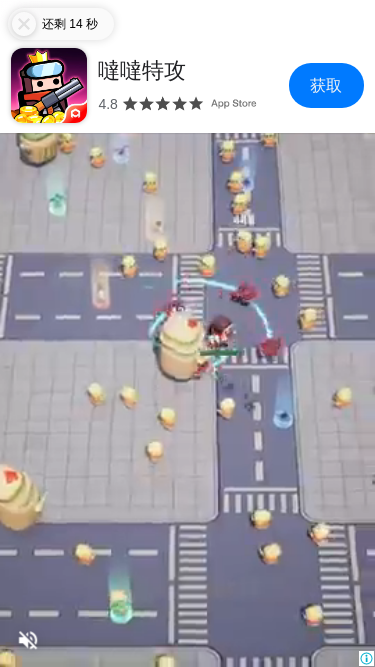 Game is designed to make u pay.
Regtonado on 2022-09-27
U getting block easily from progress. It seem to create frustration for people and make use of them to make people pay. The only way to progress is to upgrade equipment and level. The level progress is ok due to patrol Upgrade equipment is nightmare. No way to farm equipment even if u unlock monster droppable equipment. It’s so rare To make until the rarest is so hard. It make sense to be hard to get the highest grade. But there is a issue There 6 slot of equipment Lowest grade is grey Highest grade is epic 3->3->xxx make too many multiple for you to upgrade. There many type for each slot too. Launch carnival impossible to complete within 7 days to get last rewards. Locked behind pay wall. During event with S equipment rate drop u can’t get any easily. Therefore even if u decide to pay u have a nightmare upgrading S equipment. Tested with free gem. Too many ads in game to make u progress. I rather they remove ads everywhere then make u look at ads for each and every type of activity. It make the apps cheap and make ppl feel apps designed to purposely get people to read ads. They should instead design char for pay wall and let people have chance to progress. Allow different stage setting to configure to get better rewards Example easy normal hard extreme nightmare Easy 0.1% epic gear Normal 0.5% Hard 1% Extreme 1.5% Nightmare 2% This give hope to get epic randomly and farmable To progress each stage the game design by increasing the health and damage of monster. This will force u to upgrade pay to progress. They should instead create obstacles to make it harder to progress. Therefore if u progress further it’s just rng of skill and high atk. Therefore if u whale the game u can complete the game. 0 value to whale. Since u already crafted all Epic gear too. Mean u get bored with the game even if u whale. Therefore I delete the game 1. U whale u still get bore out 2. U don’t whale it get grinding and stuck at below stage easily. Good luck to developer hope u do well with ur game formula.
This is sooooo goood
no names to enter on 2022-09-27
So right, like I love this game as its like a time killer,and that u add in the red stars it is so fun due to the red stars!!! The multi attack with defender,scorched earth policy thingy, and pressure force field, this game can be played by getting to lvl 50 and getting the correct things and just left alone! Edit so there is a strange thing.it is a small prob about a gem it flickers and doesn’t allow me to claim it.the Gems that let me get a new skill.
Unfair event duration
Nitroxidezz on 2022-09-27
First time I played the game I didn’t get the launch carnival event and played till chapter 10, then found out from a friend that it exist. Reseted the game and got the event but was shortchanged one day because the server’s daily timer was resetting soon. It’s so stupid how they base the carnival event timer based on the server rather than the individual player’s time of receiving it.
Be patient
zarkernchs on 2022-09-27
Stuck at chapter 7 for a week, unless you pay for get better tier equipment (I assume that you may clear it with better equipment), otherwise you just only can farm at previous chapter and earn from afk patrol. Soon will delete this game since it’s like no possible to continue to clear a chapter within a week.
Damnn it’s funnnnn
djcnd)ndjnx on 2022-09-27
It’s real fun like waowwww btw can y’all try something like mabyee a sandbox feature like In the sandbox u have all the weapons u have can spawn zombies and progress doesn’t save and also how can I get easier ultimate weapons or smth if that’s what they are called
It's disgusting
shshsjjssjjss on 2022-09-27
I'm not opposed to watching advertisements. After all, the author also wants to live, but the advertisements of this game are too disgusting. If you can't turn off the advertisements after 25 seconds, you have to jump to the game. There are ads like this. Bad
Pretty good
GodOfWala on 2022-09-27
Its just a free version of these other game called vampire survivors. All of the weapons are legit just weapons from vampire survivors reskinned and recoloured. Only thing which makes it better is that it’s free.
Co-op suggestion
520区 太6 on 2022-09-27
Game is engaging and challenging unlike other mindless games nowadays, would be great if there was a co op function for friends to play with one another to clear dungeons or something
Why this game is awesome
HIIIIOMG on 2022-09-27
You don’t need to think hard on this game just go with whatever you think is good if you die then you know it’s bad or good (based on how long you survived)
Cool Update and skills but can’t see the enemy
Marcurse on 2022-09-27
Updates are cool with new fanciful skills but I can’t see the enemy once I max out the skills. Pls reduce the skill effect size