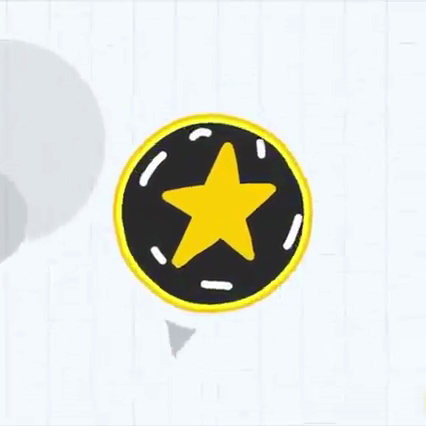 The browser game phenomenon comes to iOS! Play online with players around the world as you try to become the biggest cell of them all! Control your tiny cell and eat other players to grow larger! But watch out: players bigger than you will be trying to make you their lunch. Survive and eat long enough to become the biggest cell in the game! With new controls developed especially for touchscreens, agar.io offers the same fun gameplay that millions have already enjoyed on PC. Play online in free-for-all action and use splitting, shrinking and dodging tactics to catch other players - or avoid them! Use a variety of special secret skins with the right username! VIP Subscriptions - Agar.io offers weekly subscriptions at USD $7,99. Price may vary depending on sales, taxes and countries. - Payment will be charged to iTunes Account at confirmation of purchase - Subscription automatically renews unless auto-renew is turned off at least 24-hours before the end of the current period - Your account will be charged for renewal within 24-hours prior to the end of the current period - Subscriptions may be managed by going to the Account Settings after purchase and auto-renewal may be turned off - Any unused portion of a free trial period, if offered, will be forfeited when the user purchases a subscription to that publication, where applicable Terms and Conditions: https://m.miniclip.com/terms-and-conditions Privacy Policy: https://m.miniclip.com/privacy

Hates me (will change rating if you will listen to the following)
geeeeezz on 2022-10-06
Hello٫ this will be about how agar keeps logging me out of the game and more. When I get more mass or a good team they just kick me out of the game and Makes me sign in again. Secondly٫ you need to change the party limits cause 50 people isn't enough maybe change it to 60 or 70٫ higher would be nice. Third٫ you need to add better skins٫ the skins are just too plain maybe do some anime or better skins and lower the prices in the shop and add more currency to buy and pay less. PLEASE PLEASE CHANGE THESE THINGS.
Lobby issues
Zyzz831 on 2022-10-06
I keep getting into same lobby, I always open open up to see who is on the leader board and it’s always the same people. I create a party and leave to make a new it’s the same thing it’s so freaking annoying!!! I deadass deleted the app so I could get put into another lobby and I still got the same people. It’s a problem because as soon as you spawn in you die because of how big the other players are. There is literally no space to move, even all the small balls are clumped up and spawning in fast.
Not worth the in app purchases
lkaufmann81.lk81? on 2022-10-06
I have all the same complaints as everyone else to many cheaters, over saturation, ads, party team ups and all the rest. In addition to it all I don’t think it’s really worth paying for dna. Nearly every other match you are going to get a participation trophy. Five out of six matches your going to be eaten before you can even move. So you end up having to spend all your dna just to keep a space clear in the off chance you actually get to play for more than five seconds and get a decent trophy
I have been robbed
gcxxfgggvcddfghvdd on 2022-10-06
I have played the game for 5 years. The amount of times I have bought something or “won” a prize and have not received anything is ridiculous. I get it 2$ here and there is not much but when I pay and I get nothing in return it makes me want to delete the game. Fix your glitches and hopefully you compensate me for the money that has been stolen.
Kinda bad
Tnqr_Donnie293 on 2022-10-06
So first off when you spawn you sometimes get eaten after 1 second, for example you just spawned and a player eats you when you were loading and it’s annoying. Second everytime I have good wifi it takes like 20 years just to load and everytime I get eaten due to a clan and it’s annoying since they take over and it’s no fun.
Unfair!!!
73839291616 on 2022-10-06
I love the concept of agario but the insanity of joining a game makes me hate it! Im constantly being eaten by huge players, sometimes unintentionally, who are way higher levels than me. Why not make it so i can join a game with people in my level? Please fix this becuase i know many other people are bothered by it.
Rigged
Grandma Bill on 2022-10-06
As soon as you start getting as big the app crashes. It’s impossible to get as big as the other players. They are most likely bots. Plus Rush Mode doesn’t work anymore and that was really all that was fun. They also need to have a way to report other players for hate speech. There’s no regulation.
Don’t download!!!
Sammy Smashers on 2022-10-06
I was causally playing this game and then out of no where my phone just turns off and then it brings me back to the agar loading screen and then I get a call saying that my bank accounts where comprised and now I have zero savings.
Not too bad tbh
Bella_booGaming on 2022-10-06
The gameplay is nice, and so is the shop mechanic. Can’t really complain about ads, it’s a mobile game after all! But, it is kinda annoying when you exit the shop and it immediately takes you somewhere to spend real money
This game is so annoying
Play or 67 on 2022-10-06
So I was just playing bc my friends told me to buy the game and it is so fun BUT THERE ARE SO MANY ADS EVERY TIME I DIE AND THAT MADE ME HATE THE GAME I do not recommend you buying this game is horrible and it’s not fair