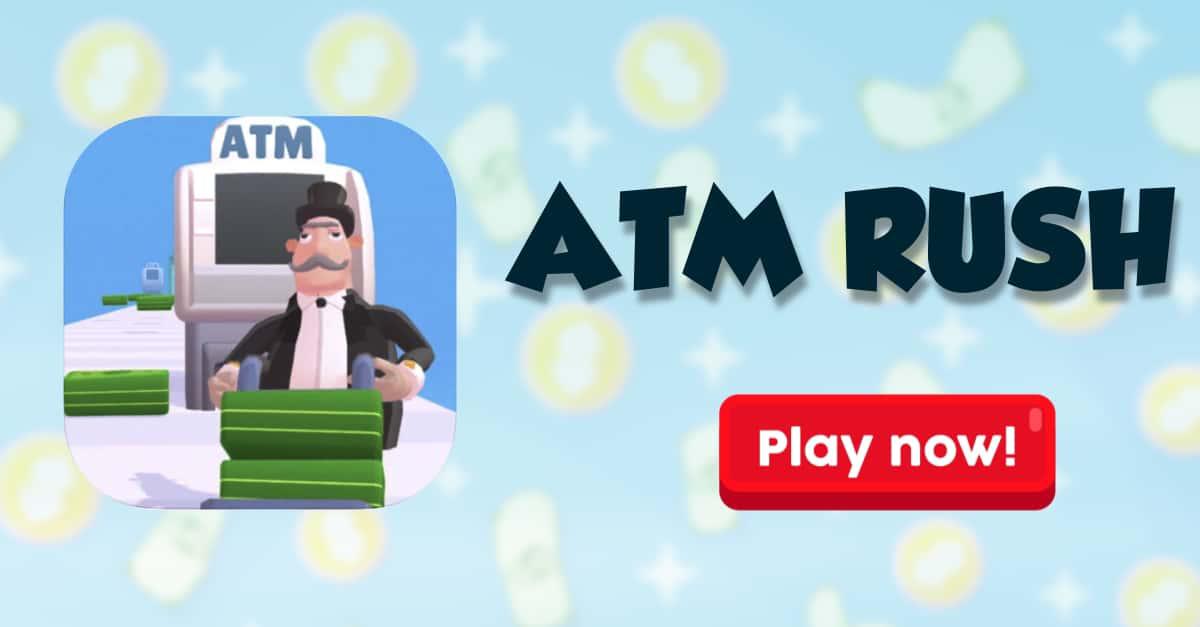 - Collect & Stack money to get rich. - Deposit to ATM or Change your value of your money.

BEST GAME EVER🎉🥳🥳🥳🎉
sharkboymeow on 2021-10-23
I love this game and all the currency and how rich you can get but when you get good at the game and have millions of dollars the income you have to sit there if your on tablet or phone and keep on tapping and tapping until you run out of money but it takes so long so my opinion is that when you hold down on income your money drains really quick and one more thing when you finish can there be more than just x10 pls make it so it goes to x100 both of these opinions would make the game a lot funnier so those and my opinions hope you like them and add them to the game bye👋🏻
Amazing.
to many ada on 2021-10-23
At first i viewed this as a simple app store game with its simple fun small game but as i played more it teached me about so many types of currency this game is so fun to ut is amazing this game can teach you better about currency then college it was teached me about many rich people to this game is perfection this game is so good its graphics are amazing its so filled with stuff after all of the games ive played in my life that is this awesome it’s perfection i would sacrifice my life for this game, Thank you.
Just wow…
🪐💨🪐💨🪐💨 on 2021-10-23
This game was good before its recent update, and what I mean by this is that the developers saw that multiple people were playing their game and decided to take advantage of that by adding a TON of adds. Now I’m fine with like 1 add after every 3 or 4 levels because I know money is important to continue working on a game, but the add pop ups and the adds at the end of every level is just to insane. Not the game that used to be fun, the company is turning into those add feeding company's. Uninstalled.
Add more things
I do not loke this app on 2021-10-23
I love this game very much! I told my brothers about it and they love it too. But maybe can you add things? Maybe you can add paths for the road that you can buy with money? Ad also can you add more skins? And for the card also add like some gold card or rind stone cards. And the last thing is can you add something for the robber arm? That’s all tho!!
My thoughts
Juggernog04 on 2021-10-23
So far its a nice game. Its rather nice to see a little man running around collecting money for an atm at the end anyways i feel like this game does need more for example more types of currency that the player picks up or more skins that the player can use. Something like that to get the game going
Best Game
Sub2AdizzyIsKing on 2021-10-23
A huge, exciting world packed with entertaining content against the backdrop of a mostly-accomplished story of charismatic revolutionaries makes this a return to fine form for the franchise. Ubisoft has married inspired design with trademark gameplay to great effect. This is the best Atm Rush yet.
To many ads
thesna loYT on 2021-10-23
This is kind of good but the ads don’t make it fun to play. And when you a level it asks you if you want to triple your money by watching a ads but if you say no it still puts a ad like watching a ad but not getting anything. But over all the game I good but don’t put that many ads
Great game
Football d4d3 on 2021-10-23
I would say that this is a very addictive game but it is going to die out if there isn’t another way to upgrade the income. This is a great game but if you could hold to gain levels or upgrade but 1000s or something would be better Please put this into consideration thank you.
Fun
joscelynxoxo on 2021-10-23
It’s the first mobile game that doesn’t have adds or in app purchases A quick gist is a lil rich lookin man collecting money and at the end it adds up your money and has a chart thing that has rip of names of rich celebrity’s Example: Ulon Mesk, Gill Gates ect
Good game, more content needed.
moonpie725 on 2021-10-23
I’ve been addicted to this game a bit (currently around 30 million dollars… lol) but I speak for the people when I say we need more Upgrades, Levels, Skins, and most importantly money tiers. Maybe like gold plated diamonds? Idk but you need to add something!