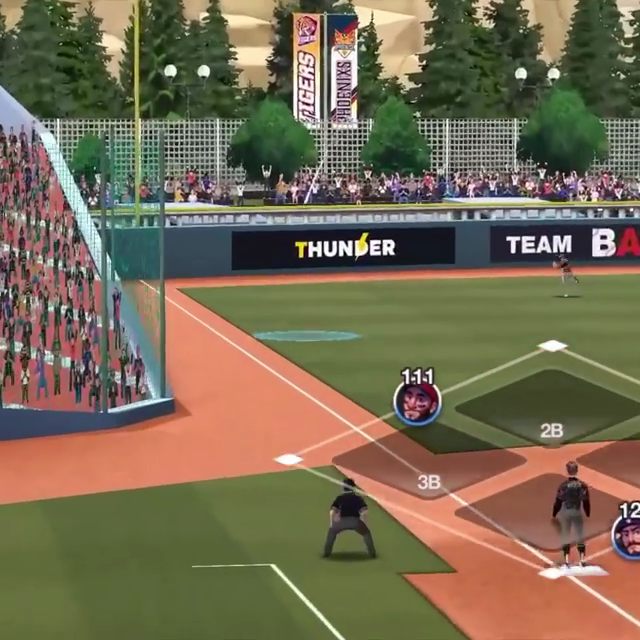 A multiplayer Baseball game for everyone! Enjoy thrilling matches against your opponent! ▶ Fast Matchmaking & Quick Games! Single tap for multiplayer matchmaking and start the game! Don't wait to finish all 9 innings. Play only 1 inning of fierce competition! ▶ Intuitive Controls! Choose your location, select your pitch, and throw! Wait for the throw and tap to hit! Wow! Playing a multiplayer Baseball game was never so easy! ▶ Simple & Solid Gameplay! Takes less than 1 minute to learn to play! You just need to practice to get the perfect timing and master the mental game of Baseball! You’ll never get bored. Baseball Clash remains challenging even after a full day of gameplay! ▶ Enter Higher Leagues! Collect trophies and join higher leagues! Better players await at higher levels of play! Maybe you'll enter the MLB or even the WBC someday! ▶ Unique & Charming Players! Burrito shop owner? Insurance Salesman? Remarkable skills presented by players of diverse backgrounds! Collect unique players to create your very own dream team! ▶ Friendly & Fun Baseball for All! Are you a Baseball fan? We are too! Experience a Baseball game enjoyable for everyone! ** Notice regarding real-time matchmaking ** League play matches players of the same league together in real-time. However, if real-time players aren't available to match, players will be matched with a player-like computer instead. Such computers play at a similar level to players of each league. We are doing our best to make sure they are well balanced in regards to difficulty, making sure games are not too easy nor too difficult. Contact us: [email protected] Find out more games: https://m.miniclip.com/ TERMS AND CONDITIONS: http://www.miniclip.com/terms-and-conditions PRIVACY POLICY: http://www.miniclip.com/privacy