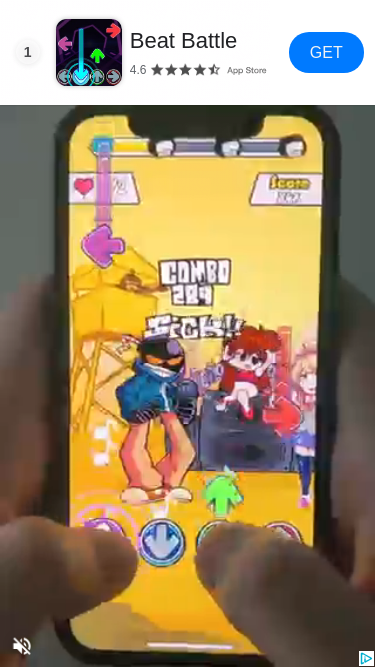 A new free music rhythm game. How to play 1.Tap the note as it reaches scoring area. 2. According to the accuracy of tap you'll get a score. 3. Try to challenge harder songs. Various types of songs and well-made Musical score is continuously update. Pop, Anime, Hip-hop, EDM, Vocaloid, and more genre of music are waiting for you. Game Features 1.Variou of songs, play anytime as you want. 2.Different difficulty makes more choice, choose the difficulty that you like the most! 3.Use high quality music source and musical score, make your game experience better. 4.Continuously update various songs. Install right now and enjoy it! Beat Battle - Full Mod Fight is a music game from Jingmao Tec. Contact us by App Store or email below. We're looking forward to your game feedback to improve our game! Feedback [email protected] VIP PASS SUBSCRIPTION - You can subscribe for 50+ premium songs and upcoming songs. - The subscriptions are $7.99 weekly. Discount may be available sometimes. - You'll be able to play all premium songs for the duration of your subscription*. - Payment will be charged to iTunes Account at confirmation of purchase. - Subscription automatically renews unless auto-renew is turned off at least 24-hours before the end of the current period. - Account will be charged for renewal within 24-hours prior to the end of the current period at the cost of the chosen package. - Subscriptions may be managed by the user and auto-renewal may be turned off by going to the user's Account Settings after purchase. - Any unused portion of a free trial period, if offered, will be forfeited when the user purchases a subscription to that publication, where applicable. - No cancellation of the current subscription is allowed during active subscription period. The app follows standard Apple Terms of Use (EULA) https://www.apple.com/legal/internet-services/itunes/dev/stdeula/