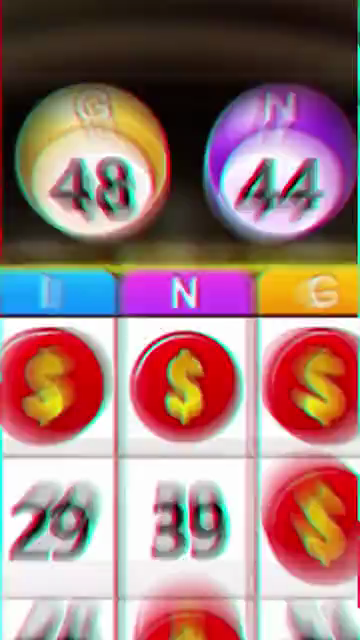 Love Bingo? You can test your skills in Bingo Clash to compete against other players in classic, fast-paced Bingo matches and win great prizes! Key Features: —Free Bingo games available at any time. —Get matched with other players of your skill level, play fair and classic Bingo games with fun buffs, and win exciting prizes and rewards. —No ads, uninterrupted gaming experience. —Tournaments, 1v1 competitions and multiplayer games of your choice. Various prize pools to choose from. Practice your skills before playing higher stakes. —100% safe and secure withdrawal via PayPal. 1V1 GAMES Match your skills against another player at your skill level to compete for prizes! TOURNAMENTS Play against multiple other players in bracket-style tournaments. Rank high to get amazing prizes! TONS OF PRIZES Test out your skills and win great prizes through Lucky Cards, the Fortuity Wheel, and other entertaining features! FREE TICKETS TO WIN PRIZES You can now use Tickets to enter Bingo Cash Games for free! Earn free Tickets every day by logging in and participating in various in-game events! Use these Tickets to play skill-based Bingo games and win prizes and rewards. If you have questions and concerns, please contact: [email protected]

Highly addictive and fun, but shady.
9742-468909 on 2022-01-19
This game is advertised as skill based and fair. However, neither of those statements seem to be true. Part of this game is skill based but the other part is luck. It’s skill based on the sense that you have to select the numbers as fast as possible for the most points. There is also a method to maximize your points. It’s also a game of luck because there’s no way to know what numbers will show up in the queue and if you dob a number with the diamond power up and that number comes out, you don’t get points from it. You can easily place the diamond dob on a number that will be called rather than a number that won’t be called. I have also noticed a pattern within the game which gives off the impression the game is sometimes rigged. Whenever you dob every number under a certain letter column, that letter Collumn will show up in the queue more often. Also, cash games seem to be rigged to only allow you to win a certain number of games. I’ve noticed a ratio of about 1.5 losses for every win out of 100 games. Those losses tend to be very shocking as the bot either does just good enough to beat you or they hit everything perfectly and make no mistakes as well as are lucky enough to dob all the correct numbers with the diamond that won’t show up in the queue. The money side of the game seems to be shady, unfair and under the manipulation of an algorithm, however I could be wrong but that’s what it looks like based on my experience. Overall it is a fun game and the tickets part seem to be mostly fair and not subjected to the games win/loss algorithm most of the time. I highly recommend playing this game for fun, but do not recommend playing cash games as it is unfair and very shady.
Love it ❤️
chyedawn on 2022-01-19
I was iffy at first but I started winning .20 , .50 & it all adds up You can exchange your coins for cash to play the games . They have practice ones where you win tickets and only pay with tickets Cheapest game is .60 I really enjoy this app I am ADDICTED lol I put in 20 just because why not …. And I won continuously,I got a couple 5 dollars bingos . It’s a fun game definitely worth the download
Major scam
NotHappyFl on 2022-01-19
Y’all need to read the fine print. You CANNOT withdraw winnings-only what you deposit. Then when you withdraw what you deposit, you FORFEIT YOUR WINNINGS. I just went to withdraw from mine & you get a popup that states you forfeit your winnings. This is how they don’t lose money & keep yours. Will be deleting this app!! SCAMMING THIEVES.
You don’t really win
Lindamoodoo on 2022-01-19
You deposited, it’s exciting, because you are playing for real money. The most I’ve won is $.20. My balance is $24.95 but I have no money available to withdraw. Additionally, the spin coin lands on 500 or maybe 1,000 80% of the time. I’m done, and I haven’t spent a lot, but even though I’ve won some, you can’t get your money back.
Guys don’t listen to the reviews or the game
djgshhc on 2022-01-19
One day I was playing the game and I won 140 dollars from scratchers and the “dice tour.” And when I went to put it in my bank account I was only allowed to put in 27 dollars! So the money you win in the game you can’t earn that money back. The only money you get back is the amount of money you put in this is a scam.
Enjoy these games and have won $50
mbelle72 on 2022-01-19
I started with bingo and won $15-$20 and only played with tickets on there Yahtzee game and won $50. I enjoy this company’s games over the other popular money games starting with an because this one gives u a chance to play for money by building up your tickets. I now play on all the Apps through Avia/ pocket 7.
Most entertaining
Beauty Wilmer Gomez on 2022-01-19
I’ve enjoyed every game I’ve played with many others I’ve not attempted yet. The tournaments are quite fun as well. If ever an issue should arise the feedback is handled quickly and has always been very satisfactory. I tell all my friends and family the great experiences I’ve had. Sincerely Beauty Wilmer Gomez
Awesome game
Miss Amy New Bootie on 2022-01-19
I like how you can actually make money with this game and the match ups are fair and competitive. Haven’t tried cashing out yet though I’m eligible and could if I wanted. Going to win a few more times and get my money up closer to $50 before I try cashing out. Thanks Bingo Clash!
Scam!
1 star writer on 2022-01-19
Do NoT PLAY THIS GAME! This game is rigged, do not link your email or phone. The money deposited into your account is 100% a lie. Instead, they take the money your going to withdraw from the game. Played a few mins and have already lost $15. Lowest casino game ever made
Not bad
ghunnybby on 2022-01-19
Been playing this since Nov 2021 now it’s Jan 2022…won $84 without spending a penny…cashed out $50, but they’ll only cash out by check so we see if that check comes in…even if it might be a scam, the game itself is fun and challenging