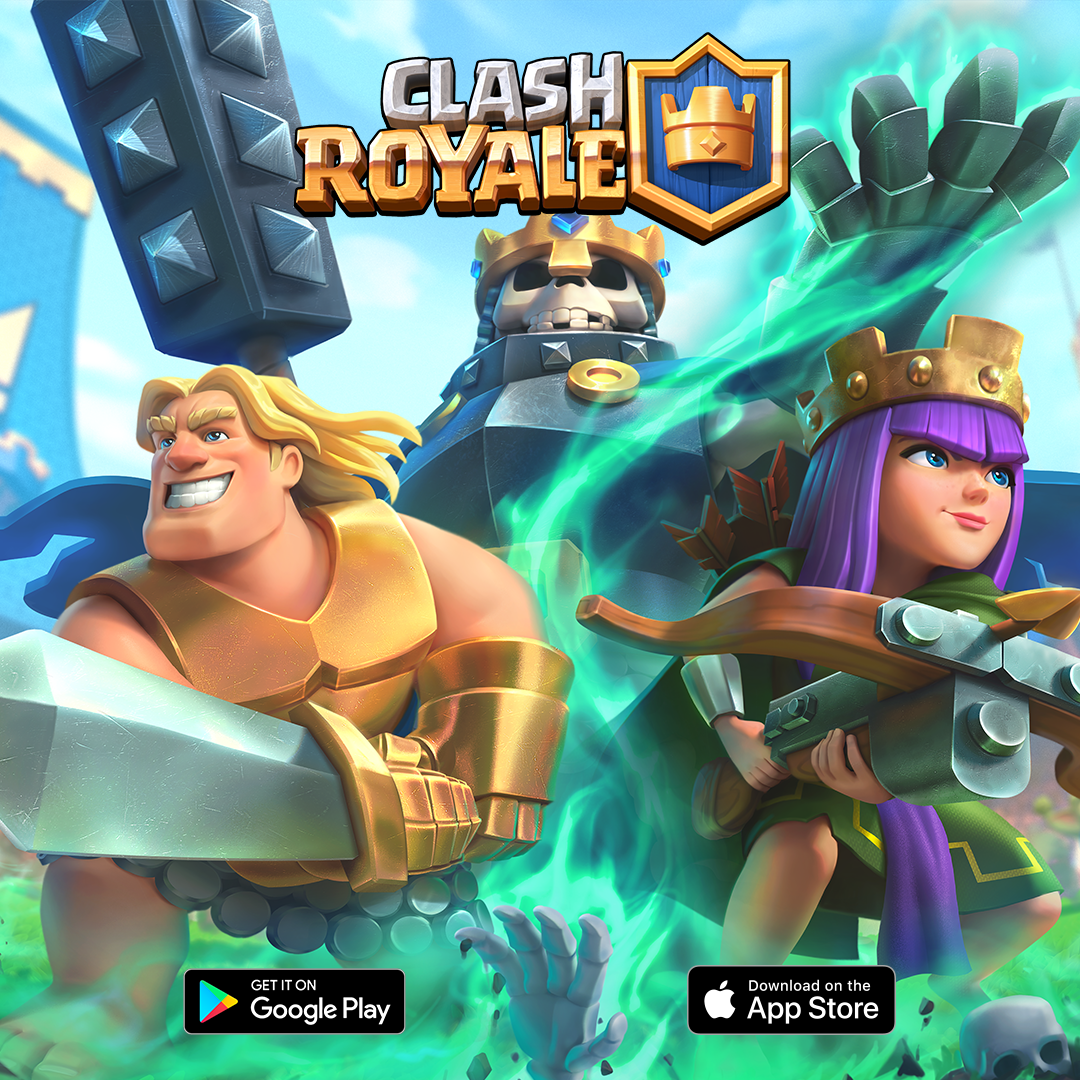 Enter the Arena! Build your Battle Deck and outsmart the enemy in fast real-time battles. From the creators of CLASH OF CLANS comes a real-time multiplayer battle game starring your favourite Clash characters and more. Start battling against players from around the world! BECOME A MASTER OF STRATEGY AND DECK BUILDING Choose unique Cards to your Battle Deck and head to the Arena for Battle! Place your Cards right and knock down the enemy King and Princesses from their Towers in a strategic and fast-paced match. COLLECT AND UPGRADE 100+ CARDS Hog Rider! Collect and upgrade 100+ Cards featuring the Clash of Clans troops, spells and defences you know and love and many others. Win battles and progress to new Arenas to unlock powerful new Cards to your collection! BATTLE YOUR WAY TO THE TOP Battle your way to the League and Global Tournaments to match against the best players in the world. Compete for glory and rewards! SEASONAL EVENTS Unlock new Seasonal items like Tower Skins, Emotes and powerful Magic Items with the Season Pass and participate in fun Challenges that put your skills to the test! JOIN A CLAN AND GO TO WAR Join or form a Clan with other players to share Cards and battle in Clan Wars for BIG rewards! See you in the Arena! PLEASE NOTE! Clash Royale is free to download and play, however, some game items can also be purchased for real money. If you don't want to use this feature, please disable in-app purchases in your device's settings. Also, under our Terms of Service and Privacy Policy, you must be at least 13 years of age to play or download Clash Royale. A network connection is also required. Support Are you having problems? Visit http://supercell.helpshift.com/a/clash-royale/ or http://supr.cl/ClashRoyaleForum or contact us in game by going to Settings > Help and Support. Privacy Policy: http://supercell.com/en/privacy-policy/ Terms of Service: http://supercell.com/en/terms-of-service/ Parent’s Guide: http://supercell.com/en/parents/