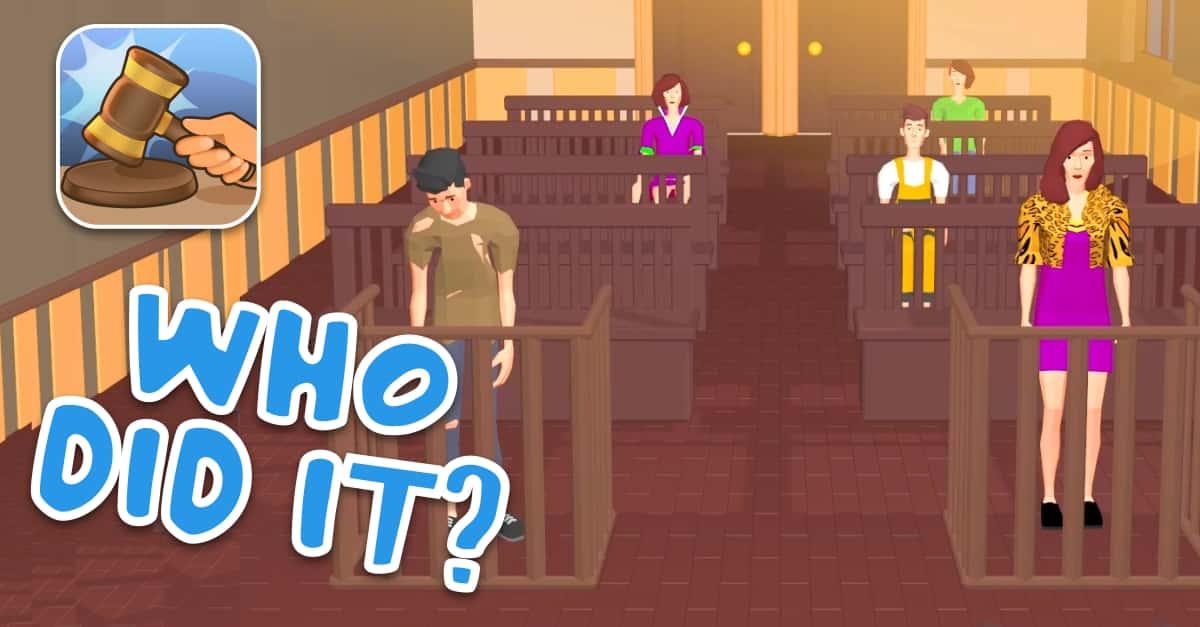 Feel like a Judge! Decide the fate of people! Who deserves to go to jail? Who deserves freedom? Justice is in your hands! How fair are you? It's on your head .

What’s wrong & my ideal to fix it
[email protected]@[email protected] on 2021-09-21
I found the game quite entertaining oddly but almost right I after I started it I get to a level of Adolf Hitler under judge the fame I can’t just play it though I have to watch a ad I wanted to watch the ad but when I clicked that it says no ad available and not just hitlers but trumps the joker and as matter fact all of em and fixing the no ad issue is just the start of the problem there’s no way to go back and do these after the ads are put into game ... My thought is put ads where they should be obviously as for the replaying missions no longer a concern as they repeated &amp; for everyone saying to many ads just play in airplane mode and no ads at all Which brings up this is that cases are even repeated constantly same issue same people same options to choose, options are a other thing the Q&amp;A in general that is you only get two options nice and simple yes but only 2 questions if you get that and not enough yes some are obvious beyond belief but rest you’re left wondering what about this concept? ... my thought make it 3 options 1 of them always being “judge” the other two will be interrogating I will keep updating this as I see fit I’m highly curious how long I can make this it’s already my longest review I’ve ever done proud of my self there 😂😂😂
It’s not what I expected…
MaeMae 2002 on 2021-09-21
The general idea for the game is actually really cool. BUT even though this is a free game, an add between almost every other question is a bit ridiculous. Also, the choices it gives you aren’t even good ones. The game is just “ask one question, make a decision” there’s no way to go further in depth which would have been more fun. The game has potential which is why I have it 3 stars, but it’s not quite made it to “good game” level. I’m deleting the app after I send in this review!
Sexual harrasment
Mrslipgloss on 2021-09-21
This game embraces workplace sexual harassment. The way the judge communicates with the secretary is very inappropriate. I would not recommend anyone under the age of 18 to play this game. Reminder it is never okay to embrace workplace harassment, you will face serious consequences or go to jail. The makers of this game are perverts and APPLE should look into the dialogue of this game, because it’s being featured on their platform!
Sexual Harassment options?
PeopleSuck2876 on 2021-09-21
The premise of the game is good. If it went into detail and wasn&#39;t so cheesy looking, it would actually be an enjoyable game. Something that prompted me to delete the app is that the assistant that tells you the upcoming cases is “good looking” according to the person you play. With that said the response options to the assistant is mostly sexual harassment options. Which I find weird, disgusting, and objectifying.
Fun but doesn’t work great
ctladyeng on 2021-09-21
So for what it is which is a cheap poorly done game it’s ok. The sexual harassment of the woman he works with could be removed as it encourages inappropriate messages. The graphics are choppy and kid drawn level and none of the bonuses or store is functioning. If you want a few laughs it’s fine and it’s free but if you’re expecting a good game it’s not as it only partly functions.
Ehh
kkdn15 on 2021-09-21
It’s not a bad concept for a game but there is way too many ads (I understand the need for ads, but the sheer amount of them is honestly ridiculous, it’s like every 5 seconds) and there are not enough choices you can make for each case. if you ask one of the questions and the answer changes your judgement, you can’t go back a step you can only fail the level and retry.
Stupid
Not happy with changes on 2021-09-21
I don’t know if you can guess wrong. He says the baby isn’t his but you can’t force a paternity test. I just sent them both to jail cause why not. Not to mention you have more commercials than you do game time. And why are you trying to hit on the chick. You can either participate in the trial or hit on the chick who looks like she has a waking disability.
BORING
asdfjoey on 2021-09-21
Here’s my biggest complaint… It gives you a green and red button to chose from. The green button is the right answer every time. And it’s also the top button every time. How is that fun? It should be mixed and colorless. The answers should be random so you actually have to think about it and not spam the green button on every level.
Jesus going to jail really!!?!
♥️♠️JOKER♠️♥️ on 2021-09-21
Okay so this actually bad you guys are saying that Jesus deserves jail!?he saved people did everything so people would feel better he did anything so people won’t feel bad and there were two questions that was when Jesus went to jail for some nonsense.You guys are really stupid people.And this game is as stupid as you guys are!🙄
Horrible!
Ells126 on 2021-09-21
This game is so bad! I thought it would be a game where you got to ask different questions to figure out what the situation is. Instead they make one or two comments and you have to make your judgment off of that alone. So overall the judgment takes about 10 seconds and then another 30 second ad. Repeat. Really bad.