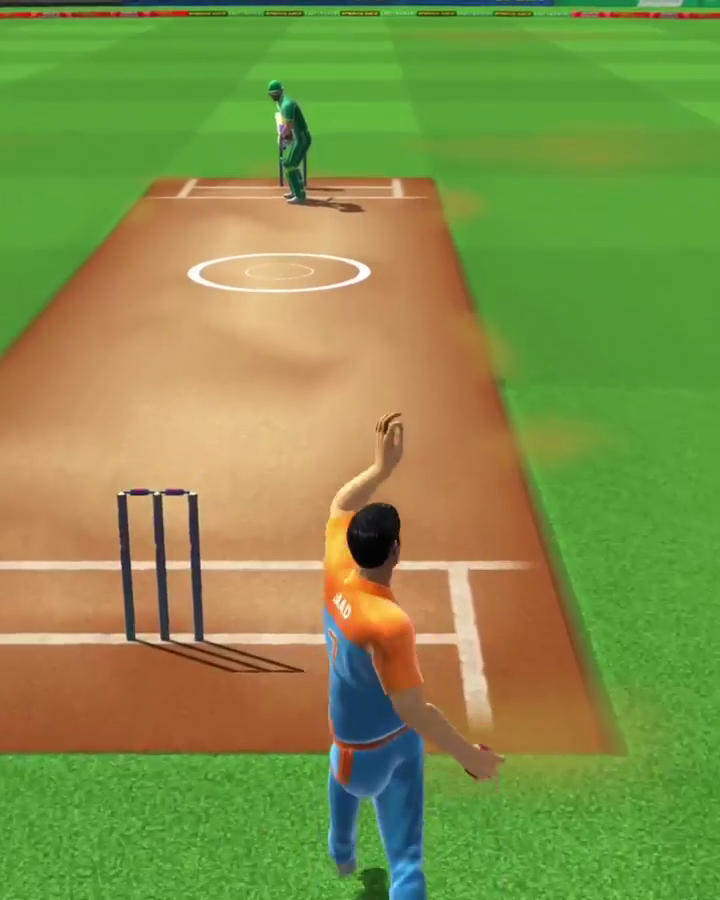 Bat, bowl and field your way to the top of the league in this fast, fun, exciting and authentic real-time multiplayer Cricket game. Play quick two over matches against your friends or players around the world in just a few minutes! Ready..Set..Start your own Cricket saga now! FREE Online Cricket Game! - 3D Multiplayer Cricket Sports Game - Easy to learn Batting and Bowling - Win matches to get coins and build your dream team! - Play with your friends and family! - Create your team and top the leagues Travel all over the world playing against the best cricketers from the best pitches all over the world where the top ODI,T20 matches have taken place: Mumbai | Karachi | Adelaide | Dubai | Johannesburg | Dhaka | Melbourne | London Play an amazing mobile version of the Cricket sport! Game Features : - Play Quick 2 Over matches in 3-5 mins! - Learn Cricket controls in under a minute! - Play with your friends from around the world. - Unlock the dream team and compete at the highest level. - Collect over 25 characters! - Level up your players to unlock new ways to play - Buy new types of balls to increase your chances of winning! - Play with awesome deliveries like Doosra, Sling, In/Out Swings - Compete in leagues and become the master blaster in this great sport! - Play in multiple different locations around the world like India,Bangladesh, England, Australia and South Africa! - Unlock new locations to win even more coins! - Stick to the best strategies and match with the best players! - Super Smooth gameplay even on a 2G/3G network! Cricket League is available in English and हिंदी (Hindi)