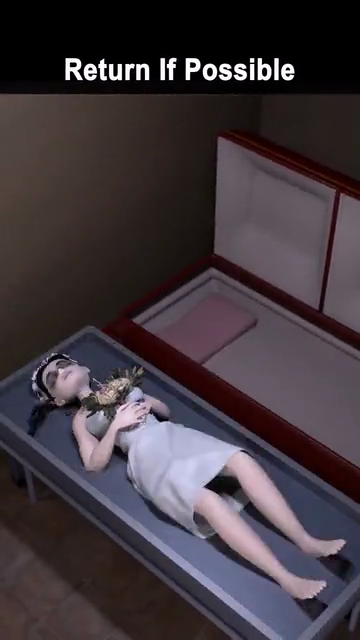 Solve crime cases and become a detective master! Varying mini games will bring excitement and satisfaction to your life. You will encounter lots of cases to solve in many different places. Use your brain to help catch criminals and bring them to justice. They need you! Can you solve all the mysteries?

Uhmm
imintheghettoratatataahhh on 2021-09-21
At first I saw this game as an ad on Tiktok, so I was exited to play it seeing as the ad did show exactly what the game looked like. When I started playing it there were way to many ads and it got to the point where i had to turn off my wifi and cellular data just to play it with less or no ads. Second, I thought it was a fun game until I hit level 18..all of the levels were EXACTLY the same as the levels before them, same task, same people, same crime scene. I was expecting more from this game level wise and I didn’t get that. I was super exited about this game but I have only had it for about 5 hours and the few times I have tried it have sucked. Maybe if they added more levels and less ads it would be better but until then I have to delete it. :(
Repeated
supergurl0131 on 2021-09-21
I like the idea but it repeats and it’s just not fun when you do it again and again it’s a good game concept but they kinda got lazy and only made like 15 levels then it repeats I also like creepy stuff so it was really disappointing you don’t see a game like that ever month And a lot of ads too but most games like that do have that much ads maybe do less adds creator if your seeing this Oh ya and where you had to put the bodies in the coffin it was really hard to get them in the right spot for the game to do it Good effort but next time please try 🤥 okay 😃 really tho it could be a really good game and blow up that’s it
Forensic master
I lovw this💜💜💜 on 2021-09-21
This game is amazing well I did not think I would like this game but turns out I did cause in the show forensic files it’s way different and that is what I like about it and it has different parts of the crime but i will play this game forever. The thing I do not like about this game is that after Every time you do a crime thing you have to watch an add but on on some of the ads you can skip without evan watching them but I will always stay up and play this game it is very fun cause it’s like the real show just you are finding the evidence 💜💜💜
Too many ads
hesmine<3 on 2021-09-21
I like the game, just hate that there’s an ad after anything you do. Kinda pisses me off. And it doesn’t bother me but this is every single time you do anything an ad plays. Deleted the game after playing a couple of the levels because of how many ads there were. Honestly if you can withstand the ads it’s a good game, but if you’re like me and just want to play a game with no interruptions you definitely won’t like this one
Nope
ReadingKell on 2021-09-21
There are add plugs at the bottom of my screen so I couldn’t even pass level 9 because they were blocking my way so I don’t even know if there was a bottom down there. Also on level 9 when it says “find the wound” I found the wound because it was very obvious so I clicked on it but the “guilty” bottom did not pop up. I know that there is nothing wrong with my phone. The game must be glitched or something.
Groundhog Day? Same things over & over! Not Good
PkRoyer on 2021-09-21
I played up to 94 level &amp; I am so sick of repeating the exact same tasks over &amp; over again. Go ups level each time You complete these same tasks. Was so hopeful for a serious &amp; fun game. But unless You change this situation I’m deleting this game. Hopefully You’ll make it more interesting. Add more Stories! 2 isn’t enough.
I can’t see a thing
iiickyyy on 2021-09-21
So in this game and streamer life it won’t let me see the main part of the game. I can see the other parts on the side but not in the area where you actually play. I really liked streamer life but it stoped working and now this app doesn’t either. I really hope this gets fixed because I want to be able to play these games.
enough with the ADS!!!!
Katelyn Kitty on 2021-09-21
If I could I would give this game 0 STARS! I thought the concept was cool because I’m into forensic games but this game is just a joke. literally does there have to be ads every 5 seconds? LIKE SERIOUSLY? after every single I do an ad ALWAYS has to pop up. This game is full of repetitive ads in the span of 5 seconds.
Good and fun game but.....
madelynn💕 on 2021-09-21
WAYY TOO MANY ADS. I understand little games like this always have a lot of advertisements in between, but there&#39;s an ad after every 10 second level which easily makes this game not enjoyable anymore. It&#39;s like for every simple thing you press you have to watch a 2 minute ad afterwards.
I wish it worked
Jeffsno1 on 2021-09-21
I downloaded the game and was so excited to play but it has no pictures at all. Just a black screen. It wasn’t until I came to the App Store page that I realized it should have actual pictures on each level. I got rid of the app and then re-downloaded but it still did t work.