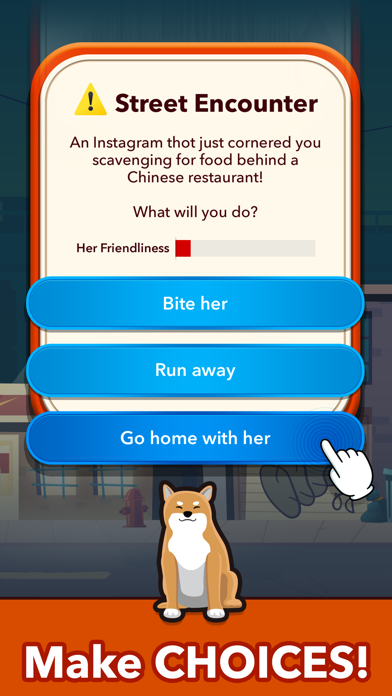 Live as a DOG in this all-new text life simulator from the makers of BitLife! How will you live your DogLife? Will you be a faithful companion to a loving family or a dangerous street dog? An unloved mutt at the shelter or a pure bred puppy at the pet store? See where this epic new text adventure takes you. Dozens of breeds await including Labrador retrievers, French bulldogs, German shepherds, golden retrievers, bulldogs, poodles, beagles, rottweilers, dachsunds, corgis, Australian shepherds, boxers, Great Danes, Huskies and SO MANY MORE!