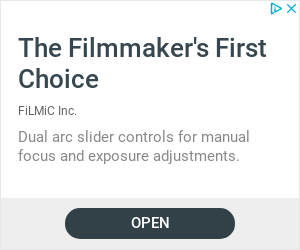 Only ruins your shots when they matter most
#1TravisScotFanBoy on 2022-06-29
There are many things that have ruined my shots and with this app, but by far the most demonic, ludicrous, insane “feature” in this evil piece of software is a tiny little button that quite conveniently you can’t disable. It’s a tiny arrow that appears when you’re adjusting shutter speed. if you tap it while filming in the sun, inevitably accidentally, will make it its life’s mission to ensure that your shot is so blown out you’d think an atomic bomb went off in your frame. The worst part about it is that no matter how hard you fight it, it WILL achieve its agenda at a nice leisurely pace. This has ruined not one, but 3 critical shots that I can’t get back. I hope whoever designed this button knows the immense damage they have inflicted on this earth. I award them no points and my god have mercy on their soul.
Settings need work
Chadwyck Rocks on 2022-06-29
I have been using FilmIc Pro for a few years and I really love the quality of video that I shoot. I am finally giving much needed feedback. Presets deactivate frame rates if you make any change while it’s selected. For example, If I have a super slomo preset (240 capture/24 playback), if I select a different lens or tweak the color templates, it defaults to 24/24. Slomo disappears and you never know this until you play it back. Aggravating. Also, setting up frame rates is a pain. Instead of arrows that you click 200 times in order to select 240fps, why not have a field where you type in a desired frame rate?
SCAM APPLE SUPPORTS SCAMS
kittynekiokabshdbdjen on 2022-06-29
Let me start off by saying the app does not run on my supported IOS and on that same day i deleted it and requested refund. Only a few moments later the dispute was DENIED INSTANTLY! I spoke with many people at Apple even a Supervisor and he says “Nothing we can do when its denied!) Apple knowingly supporting an App that keeps peoples money because they get a percentage! !! The supervisor says there is nothing he can do! Extremely disappointed in Apple for supporting Scam/Fraudulent APP that is rated 3 stars you guys should be ashamed!
Love it!!!
BofromKansas! on 2022-06-29
This app is awesome for youtubers!!! I love finally having control over iPhone’s great qualities. The only thing that would make this app perfect for my class would be a semi bold white border built in along with the grid to aid in keeping everything squared, level and within the screen ratio in dark conditions. It’s not until the post production that we realize the entire subject was off center or slightly tilted. In some cases irreparable in post edits. I would gladly pay a decent one time fee for such a feature. Nice work Filmic!!
UNRELIABLE!
jtclubs on 2022-06-29
The addition of more features and options has made Filmic Pro increasingly awkward to use, and worst of all, unreliable. Videos that you shoot are sometimes not saved. It’s now become an app that no longer can be trusted. Perhaps software gremlins have decided to have their fun with Filmic Pro. They messed with the simplicity of early versions of the app. They’ve struggled mightily to turn a smartphone into a cinema camera. But bugs seem to have interfered with the process. A mess has finally arrived.
ISO & SHUTTER
KingKeelo13 on 2022-06-29
I personally love the app, but my only gripe so far is the inability to lock both the ISO & SHUTTER simultaneously. After adjusting the settings to my preference, they reset after each recording and it’s a nuisance having to constantly do it for every recording. Can you please fix this in the next update? Thank you!
Best pro video app
gfilm1 on 2022-06-29
I’ve tried almost every pro film app there is, and filmic pro has become my go-to, without question. It is by far the most reliable. If I ever do run into a question or problem (usually a misunderstanding on my part), the support team is always there to give me timely and helpful advice.
This is scammy behavior
@BardKingCreations on 2022-06-29
I already purchased the cinematographer kit on an android phone - unfortunately I lost the phone and decided to switch to apple instead. Imagine my surprise when get the iPhone app but can’t find my cinematographer kit purchase included-how is this ok?! I am so disappointed right now.
Would love to give this a 5 star but……
DirtPiler on 2022-06-29
Over a year ago we were told Filmic Pro would have the ability to record multiple cameras at the same time and save them as separate files. What happened with that?
Love the new Frame.io auto uploading
BagelsPlease on 2022-06-29
Great for collabs. Also, less worry now knowing that my shoots are being saved off site.