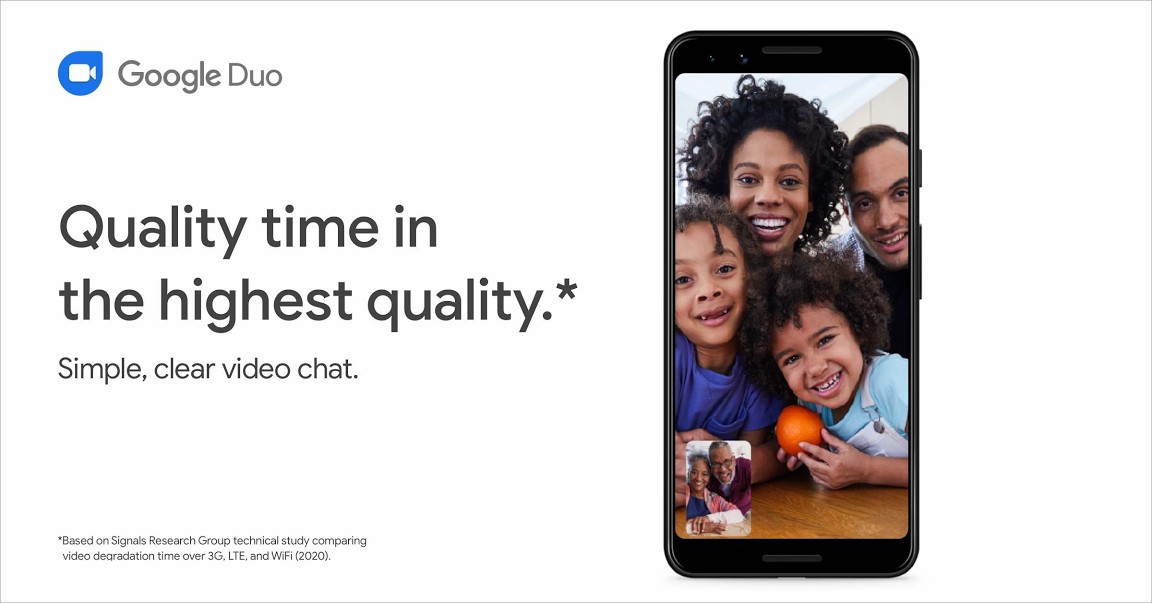 Google Duo is the highest quality video calling app*. It’s simple, reliable, and works on smartphones and iPad, and on the web. Features: Works Cross-Platform Duo works on iPhone, iPad, web, and other mobile platforms so you can call and hangout with friends and family using just one app. You can also share and join group calls with just a link. 32-Person Group Calling Bring together all the people who matter most, even when you're apart, with group calling. Duo now supports up to 32 people in a group video call. Family Mode** Doodle on video calls and surprise loved ones with fun masks and effects that transform you into astronauts, cats and more. Capture Special Moments Take photos of your video calls to capture any moment and share it automatically with everyone on the call. Video and Voice Messages, Photos, and More Short on time or your friends can’t pick up? Leave a personalized video message with fun effects, or share voice messages, photos, notes, and emojis. Low Light Mode Duo lets you make video calls even in poor lighting conditions. Voice calling Make voice-only calls to your friends when you can’t chat over video. *Based on Signals Research Group technical study comparing video degradation time over 3G, LTE, and WiFi. **Requires sign-in with a Google account. ***Data charges may apply. Check your carrier for details.