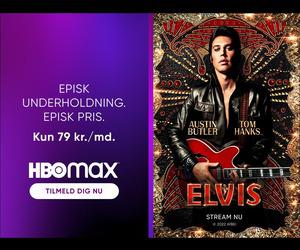 HBO Max is a premium streaming app that combines all of HBO with even more must-see TV series, blockbuster movies, and exclusive Max Originals. With unlimited access to thousands of hours of entertainment, we’ve got something for everyone in your family. So, kick back in your comfiest loungewear and find your next favorite from one of our curated hubs including DC, the Cartoon Network Collection, Classics curated by TCM, Sesame Workshop, and more. Here’s what’s waiting for you: • All of HBO with even more critically-acclaimed movies, binge-worthy TV series, and all-new Max Originals. • Bingeable collections hand-picked by our editorial experts—not robots. • One-of-a-kind kids experience with flexible parental controls. • HBO Max Hubs devoted to beloved brands including the Adult Swim Collection, the Cartoon Network Collection, Looney Tunes, Classics curated by TCM, DC, and more. • Download episodes and movies to your phone or tablet to watch offline, anytime. • Up to five viewer profiles with customizable profile images. Content and feature availability on HBO Max may vary by region. Some titles and features shown above may not be available in your country. Your subscription automatically renews unless auto-renew is turned off at least 24 hours before the end of the current subscription period. Your iTunes will automatically be charged at the same price for renewal within 24 hours prior to the end of the current subscription period. You can manage your subscription and/or turn off auto-renewal by visiting your iTunes Account Settings after purchase. Purposes disclosed in the App Privacy label may vary based on features or services that may not be available in all regions. HBO Max is only accessible in certain territories. For help, please visit help.HBOMax.com. Privacy Policy: https://www.hbomax.com/privacy Terms of Use: https://www.hbomax.com/terms-of-use For California residents only, manage sharing your data at: http://warnermediaprivacy.com/do-not-sell