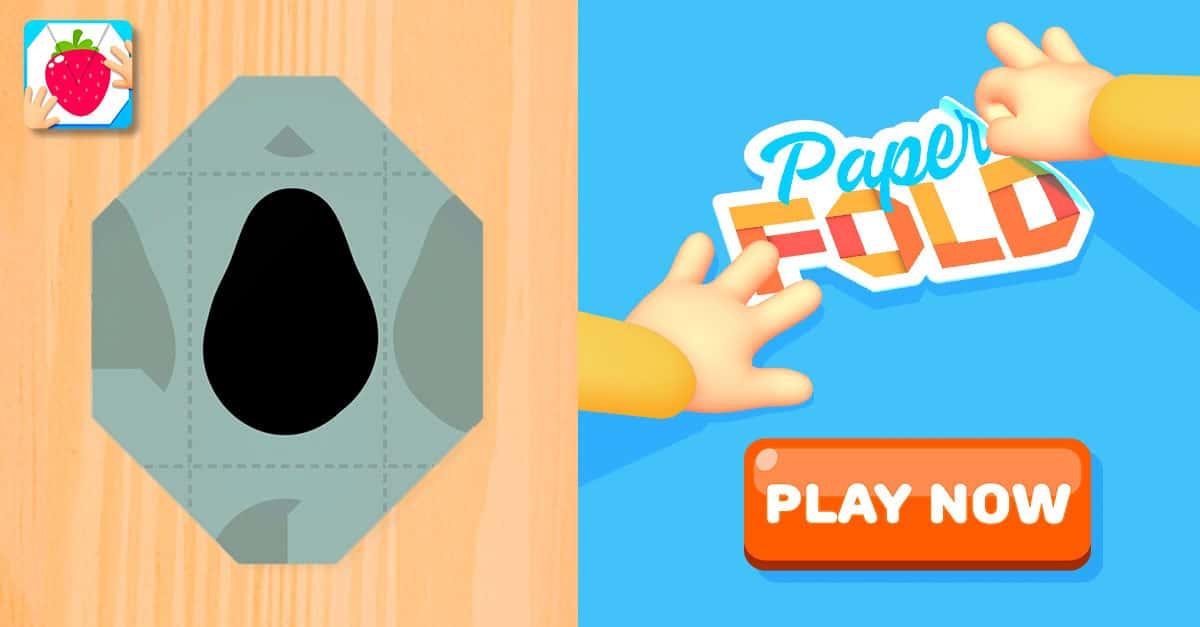 Fold and Create Pictures Very simple mechanics, only tap and fold. Once you start, it will be hard to stop. This will be the one of the most relaxing time of your life.

Great But 💙
Jordyn Morris on 2021-11-29
This game is awesome everyone who has anxiety (might be wrong I think anxiety and like being stressed that’s why is said that) should definitely download it doctors should recommend this app if you have stress lol idk what I’m saying but there’s one complain there’s wayyyyyyyy wayyyyyyy to many adds like every 2 levels there’s a add idk if you control if there’s adds or not but if you can can you cut down on the adds please that’s the only reason it did not get an 5/5 stars like if there was less adds then it would be the bomb best game ever but my fav about the game is that it has the cutest designs like it is the best game no cap
Can’t keep theme I unlocked?
kristenthekidd on 2021-11-29
So I just downloaded the game, so far it’s okay, good graphics.. I assume it gets more challenging the further I progress.. After I played a couple levels, it told me, “Theme unlocked!” Then underneath, “Watch ad to keep it” or “lose it”. So I tap “watch and to keep it”, and something pops up “video unavailable, try again later.” I tapped again, same thing. Like I seriously have to ask you to show me a friggin ad?? There’s plenty of videos available when it wants to show me an ad just because, but when it offers me something in return, sorry there aren’t any. What?
Same paper folds and way to many ads
Addie_mac on 2021-11-29
This app is relaxing (that is why I gave it 3 stars.) But it has way to many ads. Also this app starts repeating the paper folds when you get to like level 80. In which I personally don’t like because it gets boring after a while. Which I’m on level 132 and it just keeps on repeating. I can tell that the owner of this app does not update it a lot. But besides that it has music in the ads sponsoring this game and in the actual game it does not have that. So I hoped you enjoyed my rating and you agree with me hope you have a good rest of your day/night!😊😊😊
False advertising
Random person with a IPhone on 2021-11-29
It’s an ok game. I very much hate ads but this game doesn’t bother me with ads every 2 seconds and at least I know I can complete about 3 levels before I get an ad. The problem is that every ad I see there is a Kanye West paper fold at level 22. I’ve made it past 40 levels and I still haven’t seen a Kanye West paper fold. Which was the only reason I really downloaded the app. I wanna paper fold Kanye West. Not because I don’t like Kanye, it’s because the ads never do it right and I wanna do it correctly just because my brain says I have to.
Overrated
deyeyoreview on 2021-11-29
You’re you’re probably here from a tik tok ad or some other pathetic game. They always make it seem you’re not having much ads then you play for 2-3 minutes and have ads after every fold. Don’t buy the game. It’s really fun but they are so eager to make money they put a add every single time, but over all I would play this game again but too many ads. If you hate them as much as me don’t even think of buying it to be honest.🙄
It’s just adds
ba ba 123 tic toc on 2021-11-29
So when I got this app it was fun …for 2 minuets then it was just adds there are like 3 adds after one easy round I get that in most apps like this there are ganna be adds but three after one round?thats just cruel the game itself is ok but it’s just the same thing over and over again there are no levels just different pictures I don’t recommend it unless you like 30 second adds ever minute
To Many Adds
WTH do i name MS on 2021-11-29
Deleted this game right after playing it for the first time. For every level I completed (Took me about 5 seconds) there was a thirty second add, some I could skip, others I couldn’t because of the placement of the skip button and how small it is. Maybe with less adds it would be a fun little fidget game but no. I don’t play games to spend most of the time watching advertisements.
False Advertising
brylee • on 2021-11-29
So i originally got this app off Tik Tok and on the ad it said that each time you made a fold a little clip of a song would play. i spent 10 minutes looking all throughout the game trying to find were i can turn on the music. its a fun game but it was wrong to false advertise and copyright those songs onto the ad. overall good game just doesn't live up to the ad expectations.
Enjoyable
Missippi girl in 4th grade on 2021-11-29
I really like this game. It is fun and a good way to spend time. My only thing is, it is advertised that after level 215 you get song mode. I am at level 271 and there's no songs. I do not know if it is a glitch or not. I am sorry if I sound rude, I am just worried. If there is any way I can fix the problem manually, please let me know. Sorry and thank you.
This game is really fun
Kaos2015 on 2021-11-29
So if you get this game is like levels that get harder but it starts out really easy to hide or you get but I thought it came with music and it doesn’t but it’s a fine it’s fine but I couldn’t resist again anymore and I tried it out and it’s just amazing this is why I did a five star review do you agree