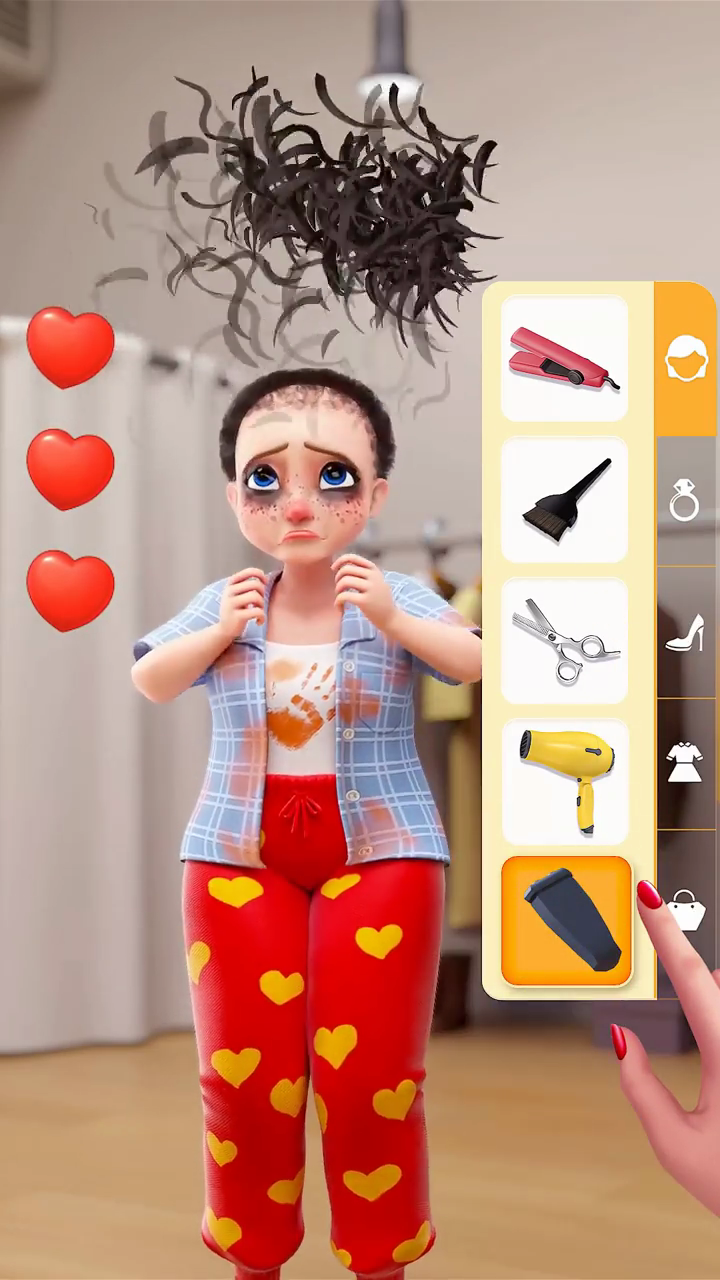 Give desperately needed makeovers to help people achieve their dreams! Choose highly fashionable clothes, hairstyles, makeup, and even furniture! Deal with dramatic characters like egotistical fashion icons, scheming assistants, or stubborn clients in dire need of a new wardrobe. Play challenging fashion-themed puzzles to help find that perfect look! And don't forget to customize your own signature style with your avatar! CHOOSE from lots of fashionable clothes to create the perfect look! MAKEOVER helpless clients and give them the confidence to follow their dreams! DECORATE a person's room as well as their appearance! DRAMA is everywhere, be ready to meet some extreme personalities! SOLVE addictive puzzles with challenging obstacles! STYLIZE your avatar to stand out on the red carpet! VISIT FRIENDS and see how they dressed their avatar! BLAST through levels with exciting power-ups with explosive benefits! Support: Dear Director, are you having problems with the game? Visit https://support.projectmakeover.com/ or contact us in-game by going to Settings >Help >Contact Us. Privacy Policy: https://www.projectmakeover.com/privacy-policy/ Terms of Service: https://www.projectmakeover.com/terms-of-service/