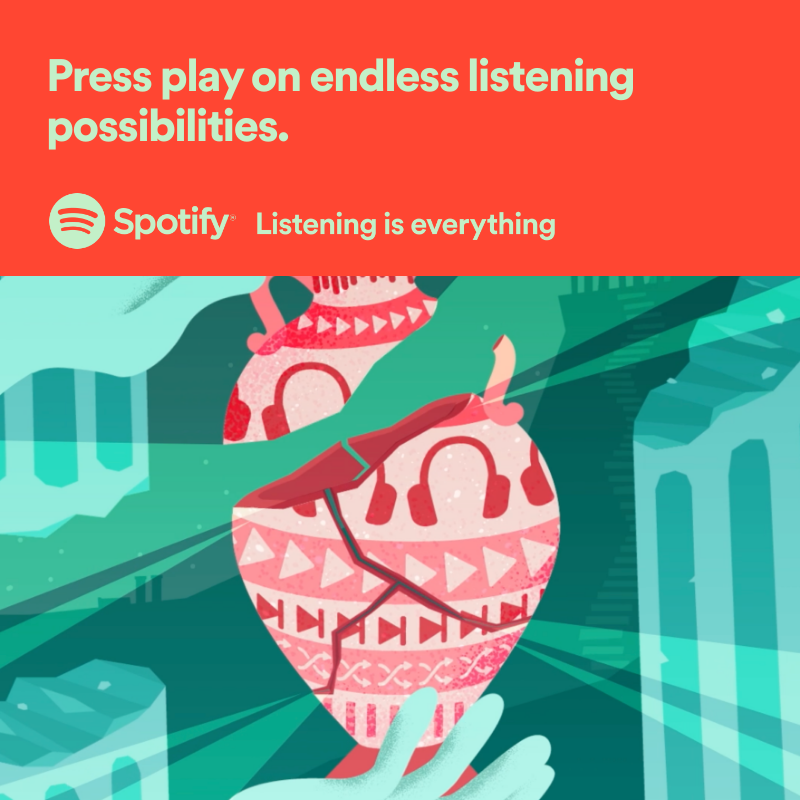 Spotify is the best way to listen to music and podcasts on mobile or tablet. Search for any track, artist or album and listen for free. Make and share playlists. Build your biggest, best ever music collection. Get inspired with personal recommendations, and readymade playlists for just about everything. Spotify also offers thousands of Podcasts, including originals that you can't find anywhere else. Listen live to real-time conversations between creators, artists and athletes. Spotify for your Apple Watch gives you the ability to seamlessly access and control your favorite music and podcasts from your wrist. Listen absolutely free with ads, or get Spotify Premium. Free on mobile • Play any artist, album, or playlist in shuffle mode. Free on tablet • Play any song, any time. Premium features • Play any song, any time on any device: mobile, tablet or computer. • Enjoy ad-free music. • Listen offline. • Get better sound quality. Please note: This app features Nielsen’s audience measurement software which will allow you to contribute to market research, such as Nielsen’s Audio Measurement. If you don't want to participate, you can opt-out within the app settings. To learn more about our digital audience measurement products and your choices in regard to them, please visit http://www.nielsen.com/digitalprivacy for more information. Privacy policy: http://www.spotify.com/legal/privacy-policy/ Terms of use: https://www.spotify.com/legal/end-user-agreement/ Love Spotify? Like us on Facebook: http://www.facebook.com/spotify Follow us on Twitter: http://twitter.com/spotify