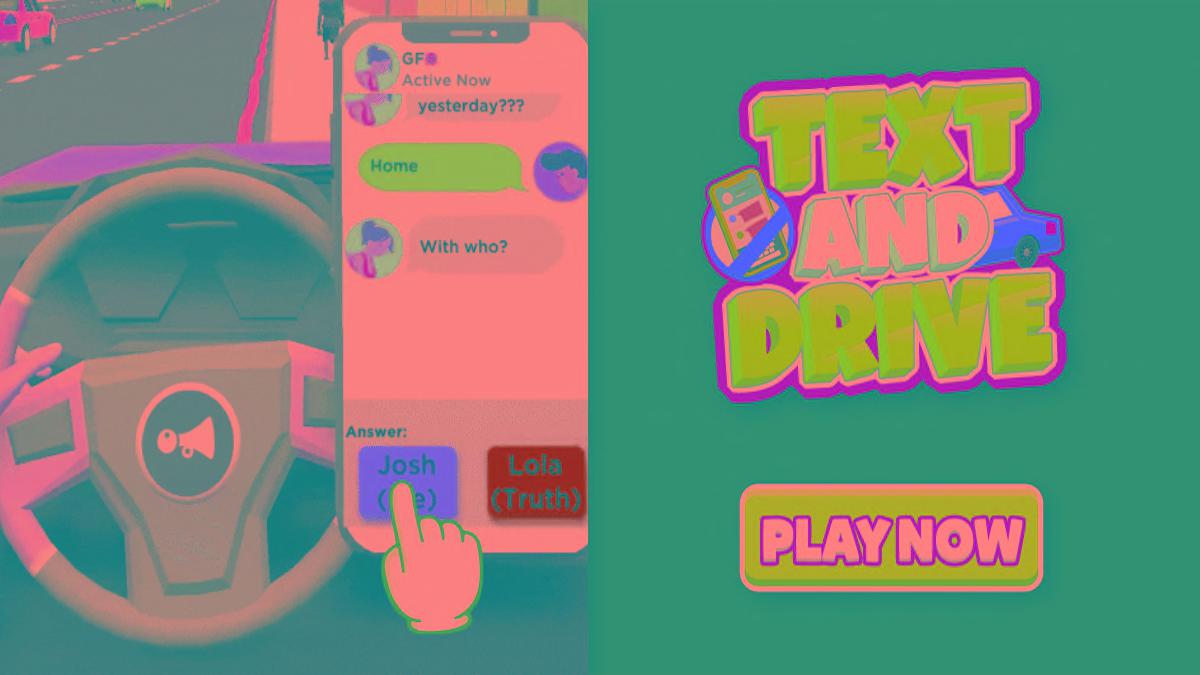 A highly risky decision, now in game form! If you like simple yet weirdly addictive texting-while-driving games, this game is for you! You drive a car when your girlfriend starts texting you. What do you do? Will you save your relationship? Can you regain her trust? Are you a good driver and do not break traffic rules? Don't know? Can you TEXT and Drive? Try out this game and you'll know! Text And Drive Is A Hilarious Game That Highlights The Stupidity Of Using A Phone While Driving. You must click a series of buttons in the correct order to send a message while trying to steer a car on a multi-lane road. Get the order wrong, and you send a garbled text. Be careful not to crash!