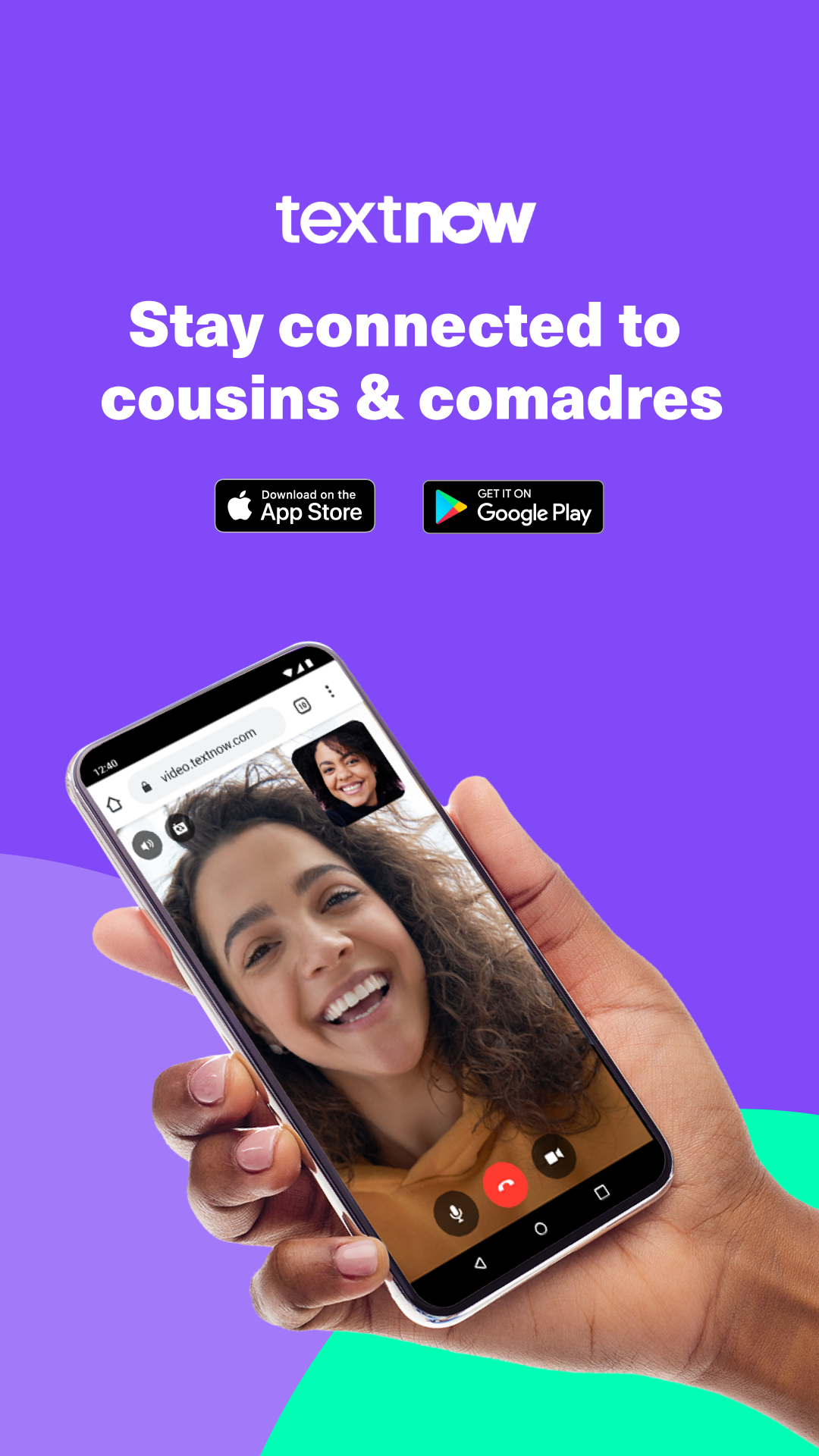 TextNow is based around a simple idea: Communication belongs to everyone. We work hard to help people stay connected by providing them with a free, unlimited, text and calling app that fits every budget - even $0. Download the TextNow app and get a second phone number – with the area code of your choice – and start enjoying the freedom of communication without limits. TextNow offers users a local 2nd phone number to stay connected with friends and family, allowing them to make free calls, free video calls, and free text messages over WIFI, or wirelessly in the US with TextNow's nationwide network. Introducing Video Calls  At TextNow, we believe that everyone should be able to connect without limits, and our free calls and texting service just got better with video calling to anyone, even if they don’t already have the app! Start video calls wherever you are and whenever you want from your iPhone, iPad, or computer. Unlike other apps that only let you start video calls with people who have the same app, TextNow lets you go out of network and call any smartphone, tablet, or computer connected to the internet. Why TextNow? • Get a local US phone number friends and family can call • Make and receive unlimited voice and video calls, texts, video or picture messages to the USA or Canada for FREE! • Use across multiple devices – send unlimited messages and make calls on your computer or tablet, then access them from your phone while on the go! • Call and text without WiFi in the US • Voicemail transcription • Conference calling • Turn your iPad, iPod or computer into a phone • Have fun sending and receiving emojis, stickers and gifs • Call from a different number No Limits  With TextNow, users aren’t constrained by devices, apps, networks, or operating systems. Users can stay connected with anyone on any device – even if they don’t have the TextNow app. Cheap International Calling  TextNow offers low-cost, international calls to over 230 countries. Stay connected longer with rates starting at less than $0.01 per minute. Add credits to your account to place low-cost international calls or earn credits towards international calling by completing in-app offers. Is it TextNow free?  There are no yearly or monthly fees and no catches! How can all this be free?  The app comes with a few ads. If you don't like ads, you can purchase a subscription to remove them. Features Standard for All Users • Bluetooth support for iPhone users • Caller ID • Google Smart Lock (no need to remember your password) • Signatures: add a personalized signature to each text • Customizable text-tones, ringtones, vibrations and backgrounds • Quick Reply to speedily respond to friends • A home screen widget for instant use • Text from your computer and seamlessly synchronize with your mobile device • Elastic Calling that chooses the best available network – no more dropped calls! Download the app and get unlimited texts, voice calls, video calls over both WiFi and wireless.  Follow us on Social for the latest news and offers: Tiktok @textnow Facebook - @textnow Instagram - @textnow Twitter - @TextNow SUBSCRIPTIONS TextNow offers auto-renewing 1 month and 1 year in-app subscriptions for premium features like voicemail transcription and call forwarding. Payment will be charged to your iTunes Account at confirmation of purchase, and will automatically renew unless auto-renew is turned off at least 24-hours before the end of the current period. Your iTunes Account will be charged for renewal within 24-hours prior to the end of the subscription period, at the original subscription price & term. You can turn off auto-renew or manage your subscription at any time from your iTunes Account Settings. Refunds will not be provided for the unused portion of the term. Privacy policy: https://www.textnow.com/privacy Terms of use: https://www.textnow.com/terms