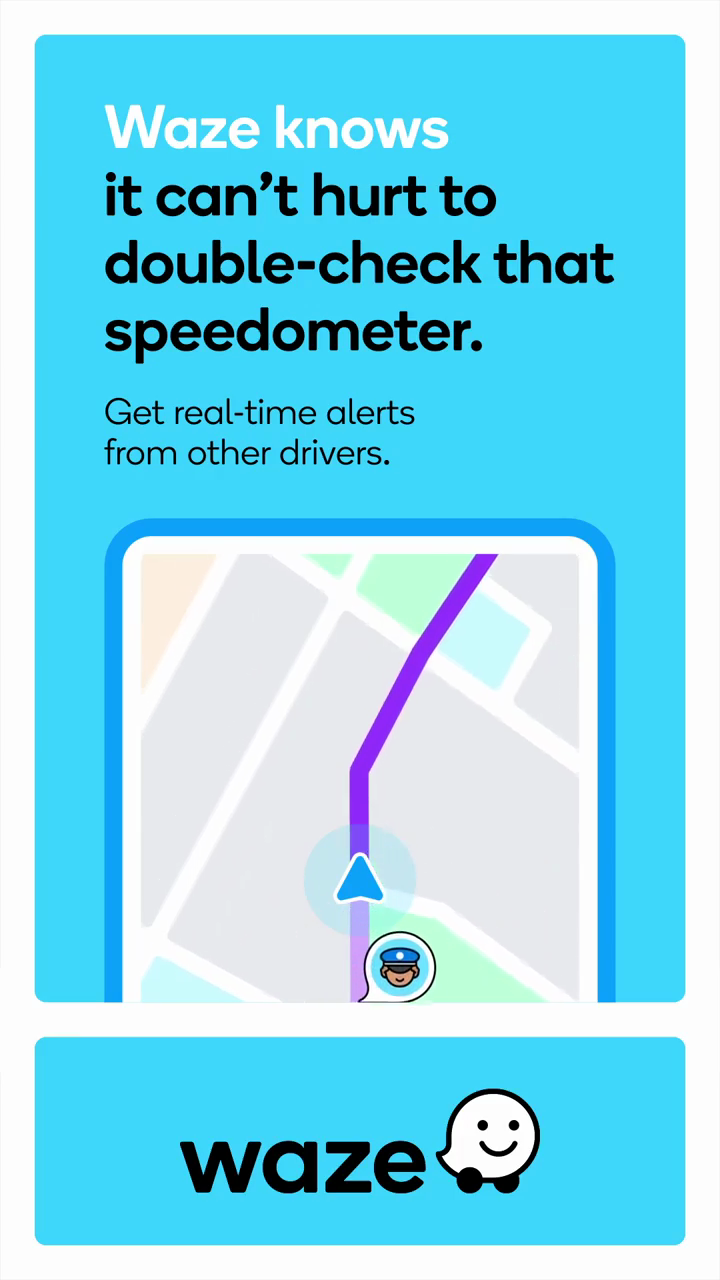 Always know what’s happening on the road with Waze. Even if you know the way, Waze tells you instantly about traffic, construction, police, crashes, & more. If traffic is bad on your route, Waze will change it to save you time. Why Waze? ◦ See what’s happening - Alerts about traffic, police, hazards and more on your drive ◦ Get there faster - Instant routing changes to avoid traffic and save you time ◦ Easily listen to music - play your favorite apps for music, podcasts & more right from Waze ◦ Know when you’ll arrive - your Arrival Time is based on live traffic data ◦ Pay less for gas - find the cheapest gas along your route ◦ Drive with Apple CarPlay - use Waze on your car’s display ◦ Always find the way - choose from a variety of voices to guide you while you drive Be prepared, drive with Waze. You have full control over your privacy settings. Learn more about the Waze privacy policy, including what information is accessed and how it is used: www.waze.com/legal/privacy Waze directions aren’t meant for emergency or oversized vehicles.