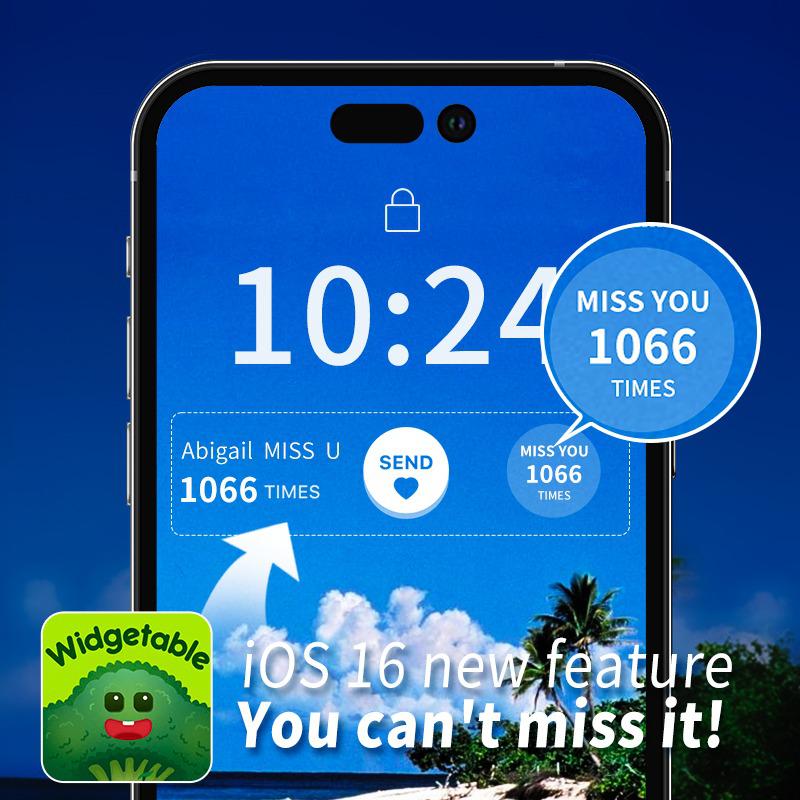 Widgetable - enjoy amazing lock screen and home screen widgets or create your own fancy widgets with the easy-to-use widget editor. Widgetable makes your phone screen adorable! LATEST LOCK SCREEN WIDGETS: - Friends Step Count Set the daily step goal with your friend, and the widget will show each other’s real-time step count and goal achievement status of the day. - Friends Distance This widget shows the real-time distance and you can always know how far you are from your friend. - Friends Status & Moods This widget shows your friend’s latest status. You can give a hug and show on your friend's lock screen when he/she is frustrated. - Miss You Widget This Widget shows the number of times you miss your friend. Try to tap the "Miss You" button to express your love every time you miss him/her so that your loved one can always sense it. - App Shortcut & Lock Screen Icon This widget enables you to quickly launch a specified app on the lock screen. You can customize the displayed icon and the landing page. A number of lovely icons are provided to decorate your lock screen. - Contact Widget This widget helps you reach a specified contact with one tap on the lock screen. You can choose different contacts for each communication app. OTHER WIDGETS FOR YOU: - Time & Date - Weather - X-Panel - Countdown - and many more TOP FEATURES: - Various widgets on the home & lock screen We provide various widgets designed by professional designers with different themes and functions for both home & lock screen. With 3 simple steps you can make your phone screen outstanding! - Design your personalized widgets An easy-to-use widget editor ensures you to customize your widgets by changing colors, fonts, contents or background. You can also upload images from the local album to personalize them. - Assembled widgets You can assemble different types of widgets in one large widget. Try to customize a unique widget with various features like clock, weather and so on. - Transparent widgets Widgetable allows you to create widgets with a transparent background to ensure your home screen layouts compatible with your wallpaper. PREMIUM SUBSCRIPTION You can subscribe for unlimited access to all features within Widgetable. - Payment will be charged to iTunes Account at confirmation of purchase - Subscriptions will automatically renew unless canceled at least 24 hours before the end of the current period - Account will be charged for renewal within 24-hours prior to the end of the current period - Subscriptions may be managed by the user and auto-renewal may be turned off by going to the user's Account Settings in iTunes after purchase ----- Contact us: [email protected] Terms of Services: https://widgetable.net/terms Privacy Policy: https://widgetable.net/privacy