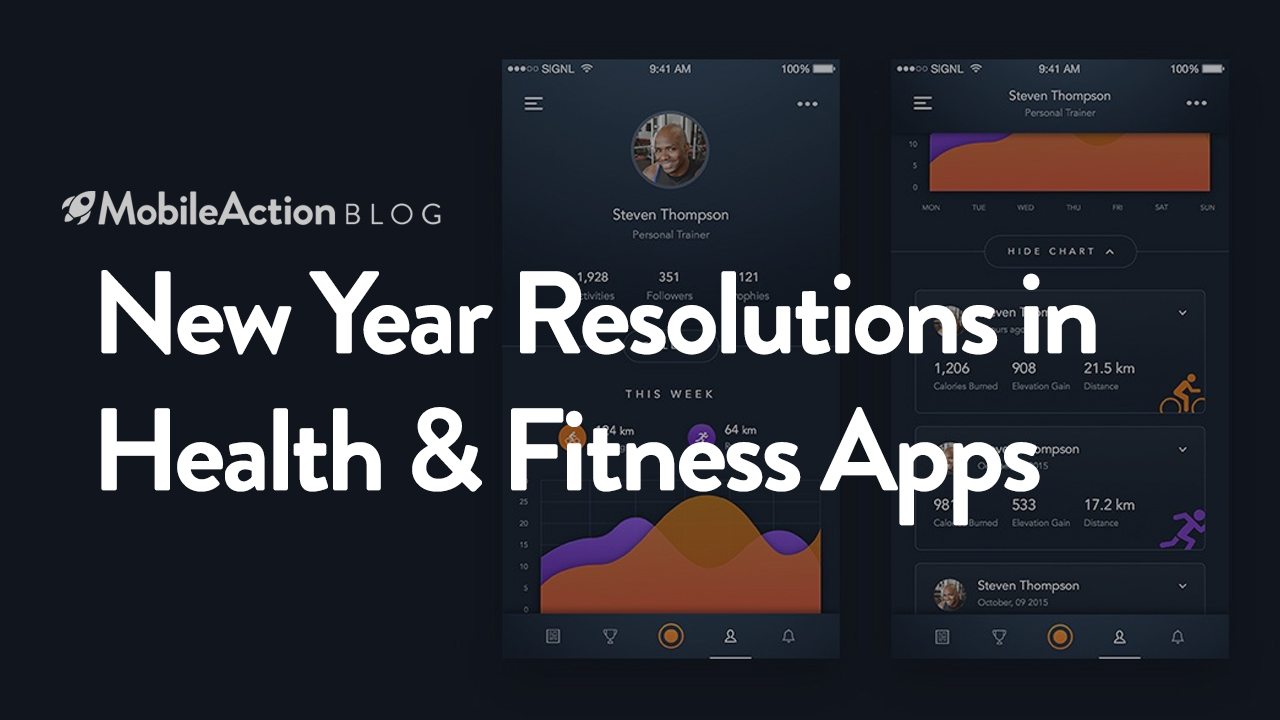 2019 started with many new decisions for app users, eager to revamp their lifestyles. As an ecosystem where the direct reflections of these changes can be seen, App Store is also experiencing a busy time of year especially in terms of Health & Fitness apps.

January happens to be the busiest time of year for Health & Fitness Category on the App Store. Most of us signing up gym membership so pumped to go gym every day. However, after January, average attendance to gym drops dramatically. January is one of the only time in the year Health & Fitness apps can compete with Dating, Games and Entertainment apps to hit top 50 Grossing Charts.

One of the most common new year resolution of us, “Exercise More!” created this surge for Health and Fitness apps. They are also well aware and trying to address this wave of new users with fairly creative and provocative ads.

We have browsed some of the ad campaigns initiated by several Health & Fitness apps, using our comprehensive Ad Intelligence Tool.

Lose-it Calorie Counter App started an ad campaign directly targeting lazy calorie counter users with its snap it feature. The neat and attractive selection of creatives and CTAs makes this a well-planned ad in this time of the year.

Noom Health and Fitness App also started an ad campaign yesterday with a nudge statement “A 4-month program with Noom costs about the same as a new pair of shoes. Don’t you think…” to persuade users to compare their price with a pair of shoes which is known for how they are easily traded with money.

Aaptiv: Audio Fitness App also targets users who were not so active for a long time and trying to change their habits with the new year. The testimonial “I hadn’t run in 2 years, but my friend told me about Aaptiv and I run almost every day.” used to reach this segment. They have also used an ad creative to create an anchor point with the cost of gym memberships.

Considering these examples, it’s safe to say that mobile app industry is a fruitful ground in certain times of the year. Especially when people are willing to take actions regarding their lifestyle, new year becomes a correct time to target new users for the apps competing in the Health & Fitness category.

Among many actors, choosing the correct practice of marketing & advertising could be a tedious task. What makes the Ad Intelligence tool worthy is here: Browsing the successful campaigns & creatives of these anchors in this time of the year, you can direct your app’s advertising strategy. Not blindly, but with trust and precision.

With best wishes for the new year!

Level Up your App Marketing Strategy during FIFA World…