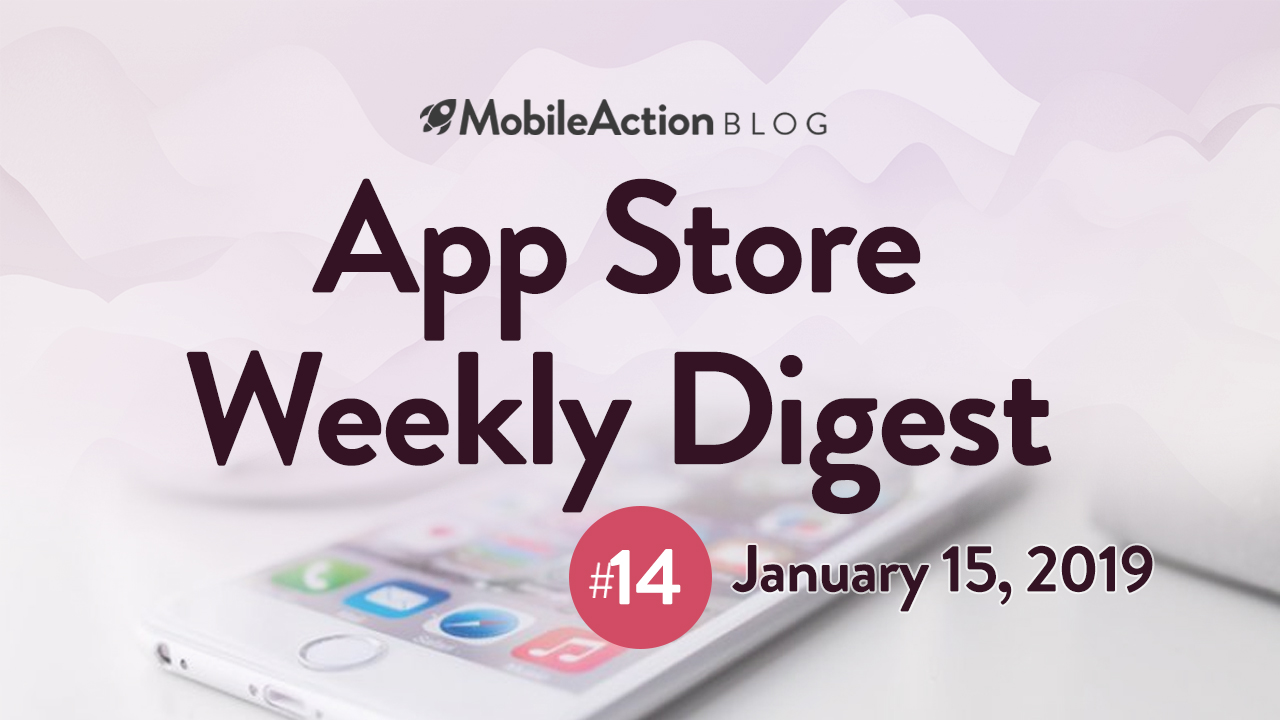 The App Store Weekly Digest is again reporting the key takeaways from the most influential developments in the app industry last week.

Please check the sources to read the full stories. Enjoy!

TikTok is giving China a video chat alternative to WeChat

ByteDance, the world’s most-valued startup, just launched a new social media product under its Douyin brand in what many people see as a serious attempt to challenge WeChat.

Tencent has long dominated China’s social networking space with WeChat  and QQ. WeChat claims to have one billion monthly active users worldwide, most of whom are in China. Its older sibling QQ managed to survive the country’s transition from PC to mobile and still have a good chunk of 800 million MAUs at last count.

YouTube just changed how you navigate videos in its mobile app

YouTube is updating its mobile app to make it easier to navigate through videos. The company announced it will this week roll out a new horizontal swiping gesture that lets you move forward and backward through the videos you’re watching. Swiping forward takes you to the next recommended video, while swiping back will take you to the last video you watched.

The company announced today that the smart assistant will be accessible on more Android phone lock screens.

The feature was first announced back at Google’s hardware event in October, though, at the time, it was limited to the company’s new Pixel 3 handset. For security reasons, it’s available through opt-in, meaning you’ve got to tick the box in settings.

Researchers at security firm Trend Micro have discovered dozens of apps, including popular utilities and games, to serve a ton of deceptively displayed ads — including full-screen ads, hidden ads and ads running in the background to squeeze as much money out of unsuspecting Android users.

One app — a universal TV remote app for Android — had more than five million users alone, despite a rash of negative reviews and complaints that ads were “hidden in the background.” Other users said there were “so many ads, [they] can’t even use it.”

Media and social media companies including Facebook have started to prepare legal action in response to the Indian government’s plans to regulate their content and reveal origin of content more heavily.

As part of the proposed changes platforms such as Facebook, WhatsApp and Twitter would be required to monitor content that affects the “sovereignty and integrity of India” within just 24 hours.

If no major changes to the proposal are made, it is being implemented at the end of January (31.). The country said that the move would help to avoid the spread of misuse of social media ahead of elections this May.

The addition will make it easier for businesses, marketers, retailers and brands to manage their accounts from a single dashboard, enhancing the user experience.

The feature is currently restricted to iOS only. Users with more than one account will see a “post to other accounts” prompt when they create a new post.

Amazon has apparently broadened its influencer marketing progamme by accepting more micro-influencers, according to a report by Business Insider.

The programme has been running since 2017 and offers influencers a cut from Amazon sales generated through their posts on social media.

Williams’s testimony Monday in the Federal Trade Commission antitrust trial against Qualcomm, indicates the chipmaker forced Apple to use Intel Corp. modems exclusively in the iPhone XS, iPhone XS Max, and iPhone XR released in September and October, rather than the decision being a choice by the Cupertino, California-based iPhone maker. Williams said he tried to negotiate with Qualcomm to provide Apple with chips for the latest iPhones, but the company refused.

Tidal, the music streaming platform owned by Jay-Z, is being investigated by Norwegian authorities for allegedly manipulating and inflating streaming play counts, according to Reuters.

Although the official investigation was just launched, the Norwegian newspaper Dagens Naeringsliv has been investigating Tidal’s numbers, and reported on the issue last year.

The newspaper claimed that Tidal had over-reported the play counts for Beyonce’s “Lemonade” and Kanye West’s “The Life of Pablo” by “several hundred million,” and used over a million fake accounts to manipulate streaming numbers.

Mobile gaming is now the most successful form of digital gaming, beating consoles, according to a forecast by eMarketer.

Mobile gamers represent 88.8% of digital gamers spanning all ages and by the end of 2019, 147.8 million US mobile device owners will be playing games on their phones.

Games also continue to evolve rapidly on mobile with some of the biggest apps now being game apps.

The Coalition for Better Ads, a group that consists of members including Google, Facebook, Unilever, and the Interactive Advertising Bureau, has expanded its mobile and desktop ad standards worldwide.

The Better Ads Standards are based on the group’s research involving more than 66,000 customers globally. The research highlighted that consumers tend to prefer and dislike similar ad types and online experiences.