Blog Money Tracking apps are Rolling in it for December

Money Tracking apps are Rolling in it for December 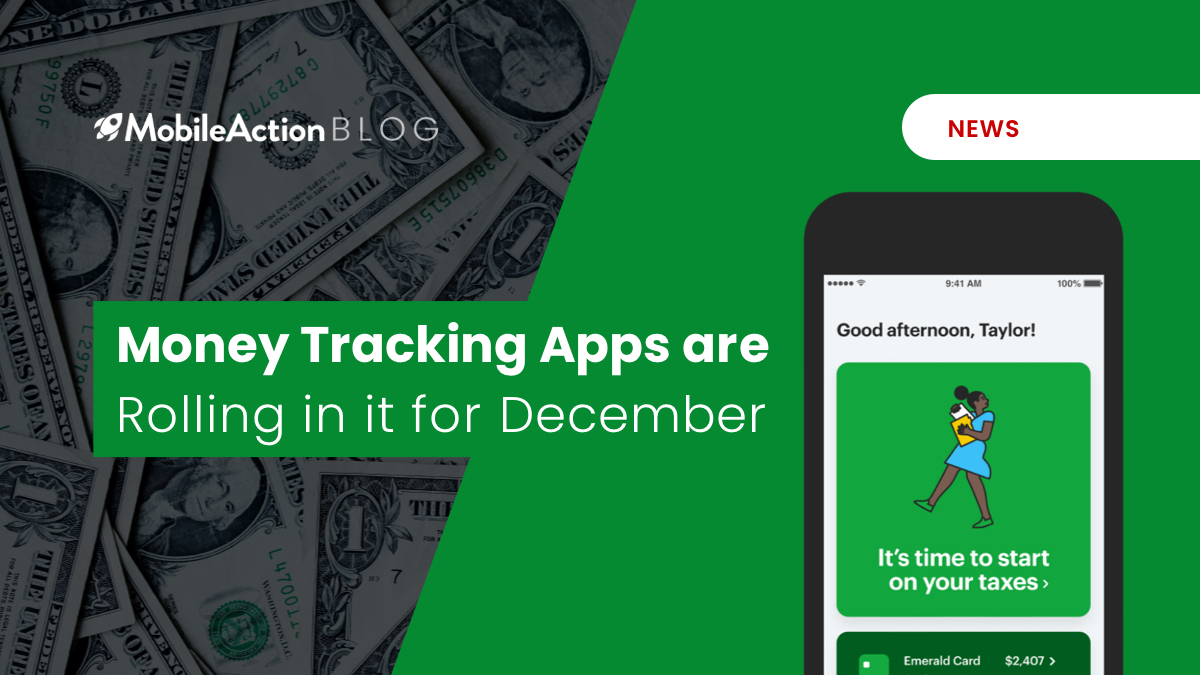 Whether people are feeling strapped for cash after their December festivities, or they are trying to start off the new year on a more financially stable foot, money tracking apps experience a spike at the end of December.

These three apps are all on the biggest movers list today. They have all climbed several spots within their category and in their overall ranking.

These apps are not the only ones increasing in the Finance category.

Money tracking apps are on the rise in general and it is probably because of the time of year. In addition to the seasonal spike in finance app usage, the Pandemic could also be a contributor. Covid may have also had an impact on the higher demand for finance apps. Due to the fact that many people are working from home, their financial situations and sources of income may be dramatically different than they were at the beginning of the year. Additionally, people who may have been doing their banking in person previously may want to reduce contact by using applications instead.

These graphs show category ranking history for the tree aforementioned apps over the course of the last year. There are two spikes generally for these apps. One occurs at the beginning of the year and drops out around March (data for this specific year may be different because of the Pandemic starting around that time). The apps spike again in April as it is tax season in the United States.

But why these apps? Their success is surprising as their reviews are not particularly good.

Net spend for example, is suffering from a 1.51 rating.  This is not the first spike in app downloads, nor is the first time it got bad reviews. Why do people keep downloading an app they don’t like?

This app is attached to a specific card. This may be the reason for the high downloads of the app despite the bad reviews. Netspend is a Prepaid debit card, so the marketing for the card itself has led people to download the app and then to their dismay, the application is not working for them.

Turbo Card can be considered a similar case. It is a prepaid card that people can use. This explains the bad reviews and popularity in downloads.

My Block’s current reviews are low, but the average rating is not bad. This may simply be due to a recent update to the app that has bugs or people are not happy with it.

If you want to keep up with the latest trends in the App Store and conduct in-depth analysis for apps yourself, sign up for a demo and start today.

« TikTok : Heavenly Reviews
On your marks, get set… ASO! »