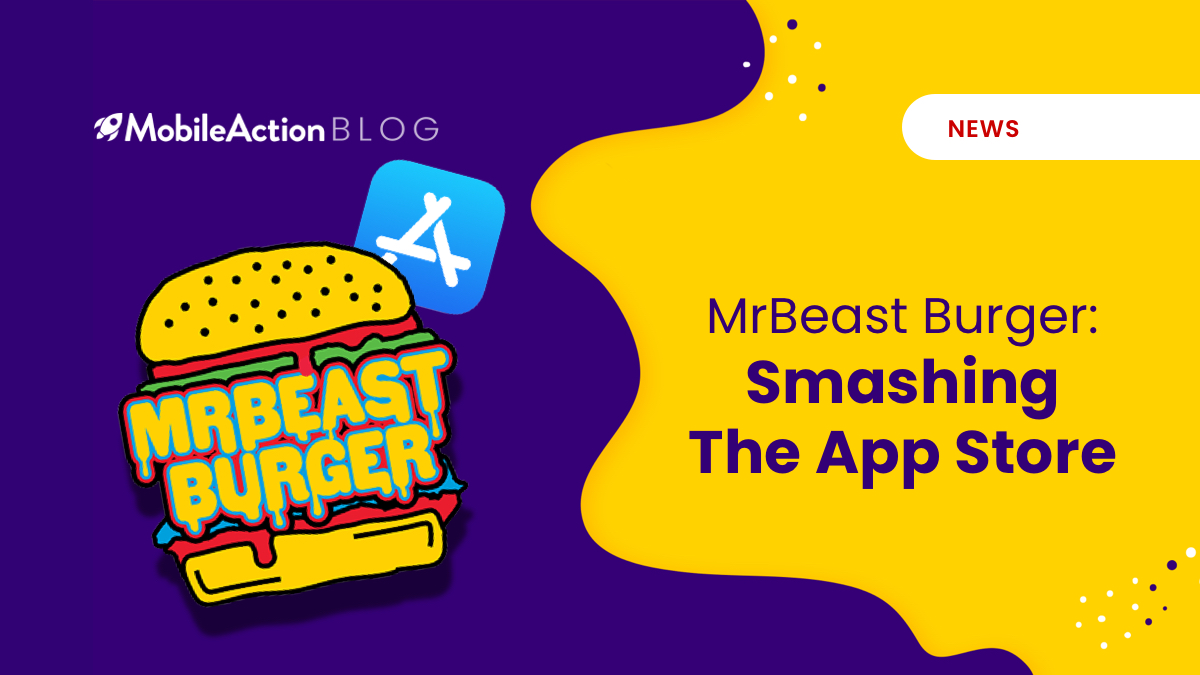 If you spend some time on YouTube, you have probably heard the name MrBeast aka Jimmy Donaldson. With nearly 50 million subscribers, he has one of the most popular channels on the platform.

He is also known for his philanthropic stunts such as the TeamTrees initiative which aimed to plant 20 million trees. His latest venture of creating a hamburger app, MrBeast Burger, put him on the MobileAction radar. He has launched over 300 burger restaurants all over the U.S!

If we take a look at the app’s Category Rankings, you can see the power of having more subscribers than the entire population of Spain!

The app was originally launched on the 14th of December, although the announcement from the YouTuber came on December 20. As you can see, MrBeast burger skyrocketed to the top of the charts, reaching first place in the Food & Drink category while also competing for first place in the overall.

An announcement from an 8 million follower Twitter account or a 50 million subscriber Youtube account is enough advertising that we do not have to dive into the app’s Campaign Analysis. But let’s take a look at the apps Keyword Intelligence to see where the organic downloads are coming from.

Having a strong brand name is a huge advantage if you are going to release an app. We have previously observed a similar scenario for Walmart as well. A popular brand name increases the ASO strength of an app dramatically.

We can see that nearly 98% of the organic downloads of the app stems from direct searches of the YouTuber’s name.

Interestingly we can also see that some apps are using the keyword “mr beast” in their metadata. To be more specific, 6791 apps are doing this. As we always say, optimizing keywords with ongoing trends is crucial for increasing your organic downloads. This table demonstrates that apps are indeed actively doing this.

Finally, let’s take a quick look at the reviews of the app. Even though there are only 10 days of data, for now, it seems that the users are enjoying the app. With an average rating of 4.26, the public opinion about the app seems to be pretty positive.

It is probably the case that people are ordering from the app because they are curious or they love MrBeast. Time will show us whether or not the quality of the products is good enough to sustain an active user base. However for now it seems that the app can be considered a success for MrBeast.

If you want to use our world-class products to draw your own insights from popular apps, sign up for a free demo with our experts today!