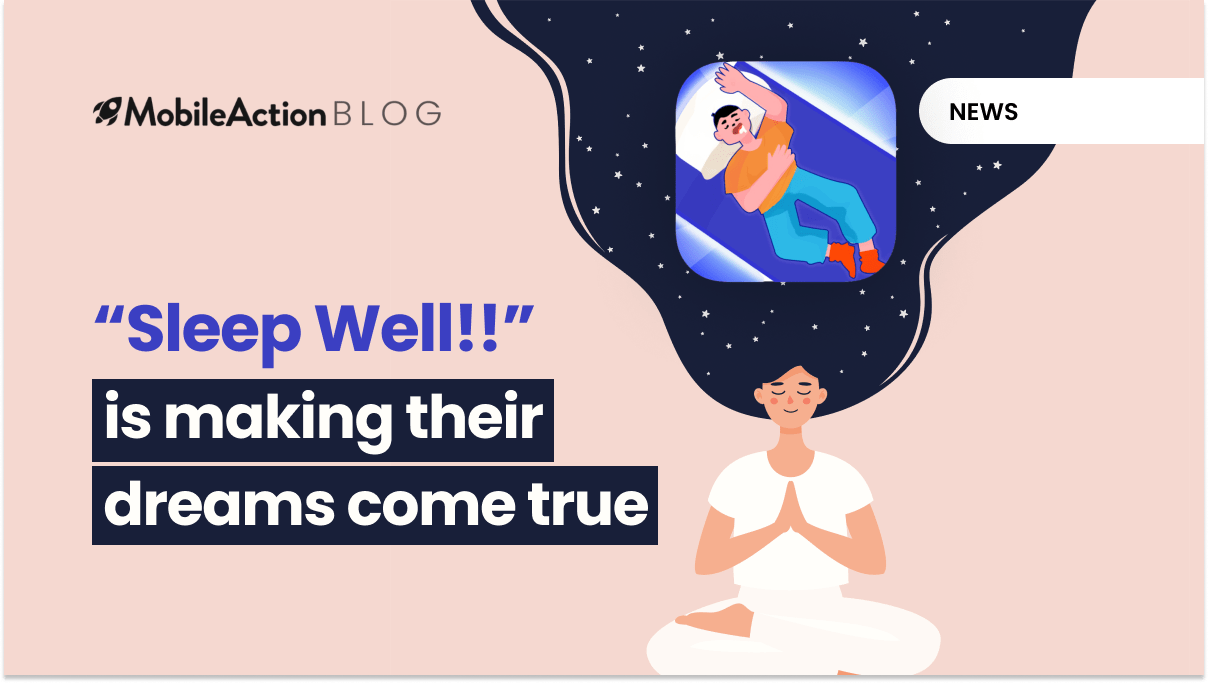 Sleep Well!! is making their dreams come true. This ragdoll game has recently experienced a leap in success by targeting the sleep apps with their title. With relatively few ads and this app is relying on their clever title and niche game category to get this success. There may be more to their strategy’s effectiveness than targeting a less saturated app group with their title. Let’s dive in.

Since March 15th, the game has been steadily climbing in its category. As it was published mid-march this is an incredibly swift ascent. What can we attribute this quick climb to? It appears that this game has climbed so quickly due to some clever ASO. This strategy has two parts.

We can also see that though they still don’t have very high visibility, they have managed to get quite a global reach.

Their visibility has also been steadily climbing steadily. So how did they manage to get this success?

When we look at the keywords they are ranking for, we can see that they are trying to target an audience that is looking for sleep apps.

Sleep apps usually exist in the category of health and fitness and include apps such as meditation apps, sleep tracking apps, and other relaxing type apps. This app is a type of game known as a ragdoll game. This app involves rearranging the sleeping position of two characters in their bed so that they can sleep. This is a subcategory of casual games known as ragdoll games because the characters are floppy like ragdolls.

We can also see that this app is ranking first for “sleep well”, “sleepwell”, and “sleeping well”. This is a clever strategy because it can get people who are searching for the name of the app once it gets some more traction, and it can also get users who may be looking for sleeping apps.

In addition to this double net that they are casting, it is also a good keyword to choose. Users who are looking for apps to sleep are likely to be getting ready for bed. This means that they may have more time to try out a game. This, even if it was not exactly what they were searching for in the app store.

Overall, this is a very clever display of an ASO strategy. Will this work well for the long-term? Will Sleep Well!! continue to help them climb the charts? sign up for a demo and find out what happens next!