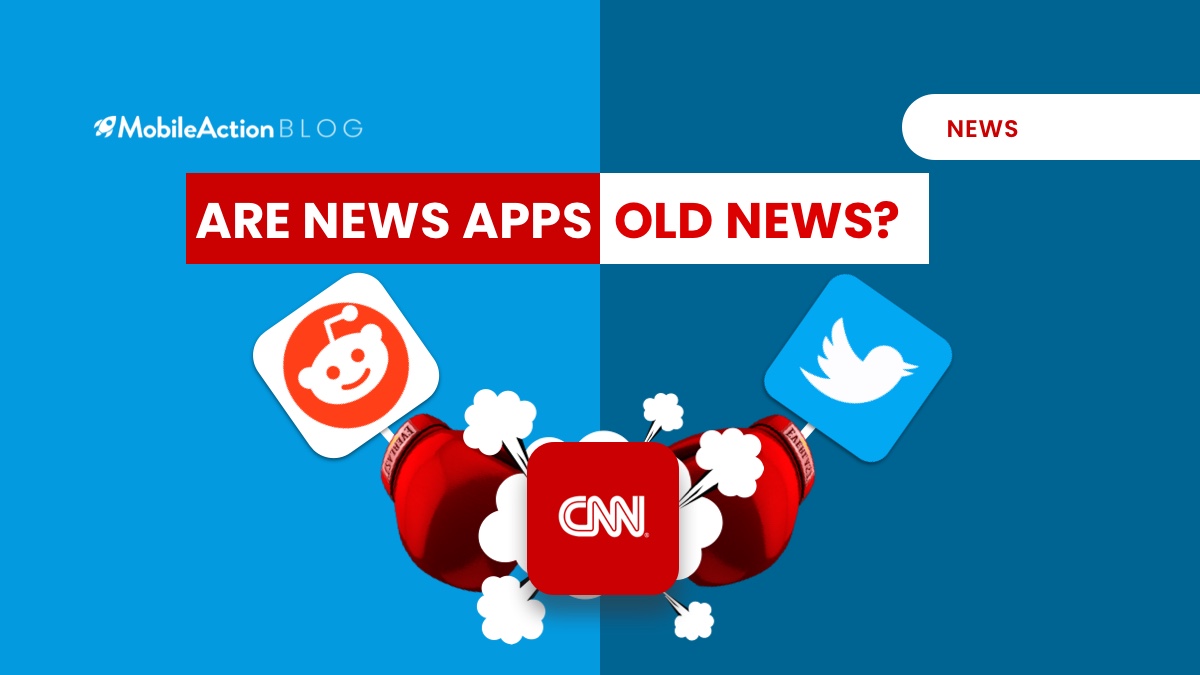 Are News Apps Old News? The CNN news app in the United States is down over 300 spots in the overall US App Store. The news app had a big spike in rankings during the elections and then on other important election days. Most recently on December 15th when the electoral college voted on whether or not Trump’s refusal of the vote results would be valid.

This rise and fall in rankings for the news app is not uncommon. As we can see, there are many rises and falls in the rankings.

When looking at the download estimations for the CNN news app it becomes even more apparent that people are just here for the elections.

But, if CNN is falling behind who is taking its Place? At the top of the News Apps is Parler, but it has also been descending in popularity since the US elections. Interestingly, Reddit and Twitter are also in the top 10 News apps and their use has remained more consistent.

When we compare the ranking history of Reddit, Twitter, and the CNN news app, we can see that during the US elections, CNN surpassed the two social media news apps. Then, afterward, all three dropped and plateaued for a few days. Then, Reddit and Twitter climbed back up to their original spots. Meanwhile, the CNN app has been having a spiky descent down to where it sits now.

This could be for a couple of reasons.

the CNN app has generally positive ratings. The app itself is liked by its userbase and it has a visibility score of 81. There seems to be no reason why it would drop so drastically in the ranks.

However, Twitter and Reddit have something that no formal news app has. They are also a form of social media. People don’t only go there for their news, they also go there for their favorite (or least favorite) celebrity’s take on the news. They also go there for memes and arguments and a generally interactive time. Though it could be argued that these forums provide less trustworthy news, they also provide it faster. On top of that, they give a firsthand account of what is happening at one time, place, and location.

These platforms encourage discussion, debate, question-asking, and even arguing. This may be something that people want more than being read a list of disasters. When they need to fact check, they can always google an issue and get it from CNN’s website. This means that they may not have any use for the app unless they are actively keeping tabs on an official event. For example a sports game or even more so, an election.

If you would like to see how other News apps are doing or look further into what Reddit and Twitter do to stay on top, sign up for a demo with us and get the scoop.

Bring Organic and Paid Acquisition Together!