Blog Squid Game: How to Ride Trends with Hyper-Casual Games 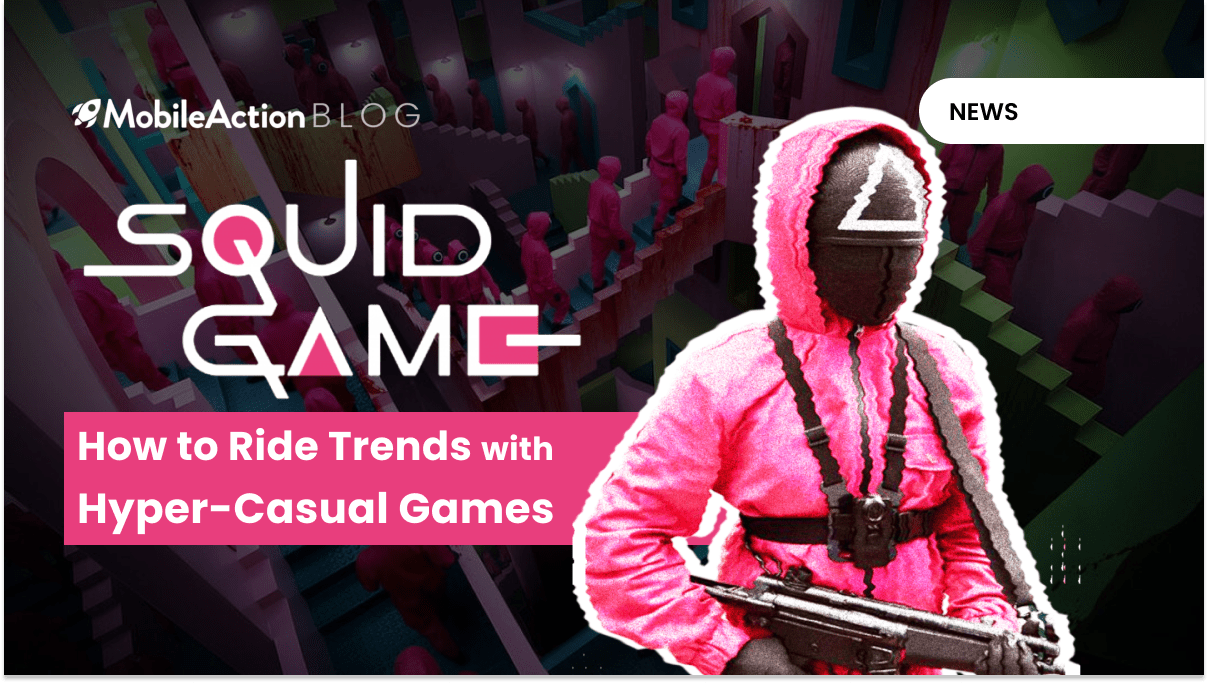 Is there anyone left who hasn’t heard of the Squid Game?  Probably not.

The Korean Netflix series quickly became a hit. In the show, a number of people who are in debt play children’s games to win tempting prizes. This series also had its impact on the mobile ecosystem.

Several publishers released their Squid Game-themed hyper-casual games in just a few days, and most of them are already quite popular.

6 days after its release, Squid Game 3D became the number one free app in the Apple App Store.

Above, you can see the search popularity scores for the keywords ‘Squid’ and  ‘Squid Game’. As the concept of the show allowed it to be adapted to hyper-casual games rather quickly, it created a great opportunity for developers. With interest clearly rising towards the show, quick-decision making and swift operational management allowed several publishers to reach serious download numbers.

The top 7 apps in the App Store that gained the most rankings yesterday are shown above, and three of them are about Squid Game. Alongside Good Luck Game Studio, publishers Supercent and ChulYong also capitalized on this opportunity.

Hyper-casual games offer simple mechanics and instant play. Thus, developers are able to quickly react to real-world events as the development process can be a lot faster compared to more complex applications. There is no doubt that similar games will be released in the upcoming weeks, however, these first-movers will surely have a competitive advantage.

Once again, we are faced with the fact that if you are dealing with the mobile ecosystem, you should always be prepared to identify trends and adapt your strategy.

You can get on the next trend ride with our intelligence. Start a free trial now and see what you can accomplish!

New App Store Policies and Why They Are Important