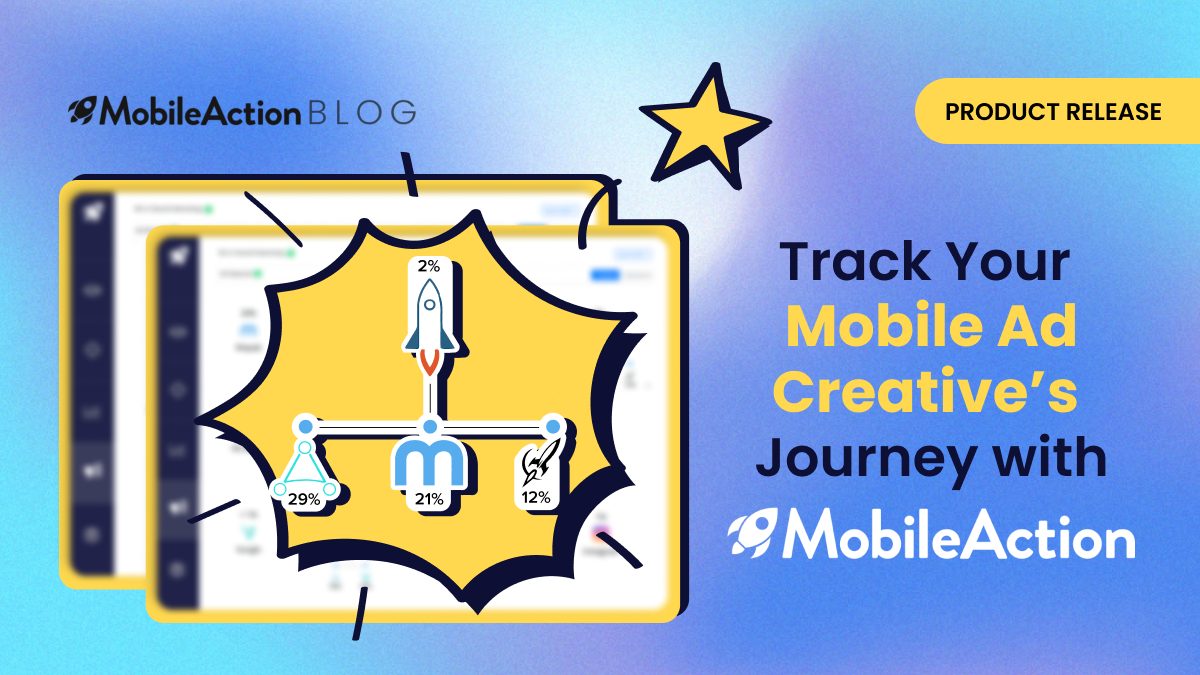 If you are involved in any kind of user acquisition effort, you already know that measuring the effectiveness of different acquisition channels can be difficult. Especially in creative advertising, it is hard to pinpoint which channels are the most effective since mobile ad networks and DSP’s have a complex relationship where creatives are directed to one another to maximize profitability. Thus it is very likely for your ads to appear in other mobile ad networks that you do not work with directly, complicating the measuring process.

Today, we are here to tell you that with our new mobile Ad Intelligence feature, you can track the entire journey of your mobile ad creatives from the moment you upload them to your ad network’s dashboard to where it ends up appearing.

How Does Mobile Advertising Work?

An ad network is basically a platform that connects ad publishers and advertisers. So, when you want to promote your app, you go to an ad network and they run your ads in other apps that have installed their SDKs.

However, their process is not this simple. Many app marketers work with Demand Side Suppliers, which automatically find the most efficient ad network for the ad creatives. To simplify, a DSP might have connections with 10 different ad networks, which creatives are forwarded to. Interestingly, some ad networks can also act like DSP’s.  This is why sometimes you can see your ad creatives in mobile ad networks that you don’t directly work with even if you do not use a DSP.

As ad networks can also work in a similar fashion as DSPs, you cannot be sure where your ads appeared. Even if you sent your creatives to Ad  Network X, they might appear on Ad Network Y depending on the circumstances. This leads to a lack of important data in decision-making about which ad network to work with.

This process is not always transparent and in most cases, you will not be able to reach this information from the dashboard of your mobile ad network or DSP.

Therefore, if you know which ad networks they channel your mobile ad creatives, you can work directly with them without hinging on a third party.

How to Analyze the Data in the Ad Network Feature

Our Campaign Analysis tool is where you can see the ad networks of any app.

Now, as you can see here, we have new elements that show the full journey of ad creatives on our Campaign Analysis dashboard.

We see that Molocoads has 5% of the total ad creatives. This 5% of ad creative share is distributed mainly among Mopub, Applovin, and Tapjoy. While Mintegral has less than 1% of the ad creatives in total, Mintegral published 93% of these ad creatives on its own platform and %7 on Applovin.

Another example of this case is Liftoff. While Bigo Live added its creatives to Liftoff’s inventory, Liftoff distributed these creatives to more than 7 other mobile ad networks.

We can also check the impression side of things with our mobile ad intelligence tools.

Here we see that Liftoff actually is responsible for 60% of the impressions although they have only 2% of total ad creatives. Similar to Liftoff, Admob also overperformed in impressions compared to its distribution in ad creatives.

Now, you can see the whole process behind your campaign, analyze which ad network is more suitable and profitable for your app and optimize your expenditures and marketing strategies according to data.

You can schedule a demo with our experts to check out the journey of your ad creatives and empower your paid user acquisition strategy.