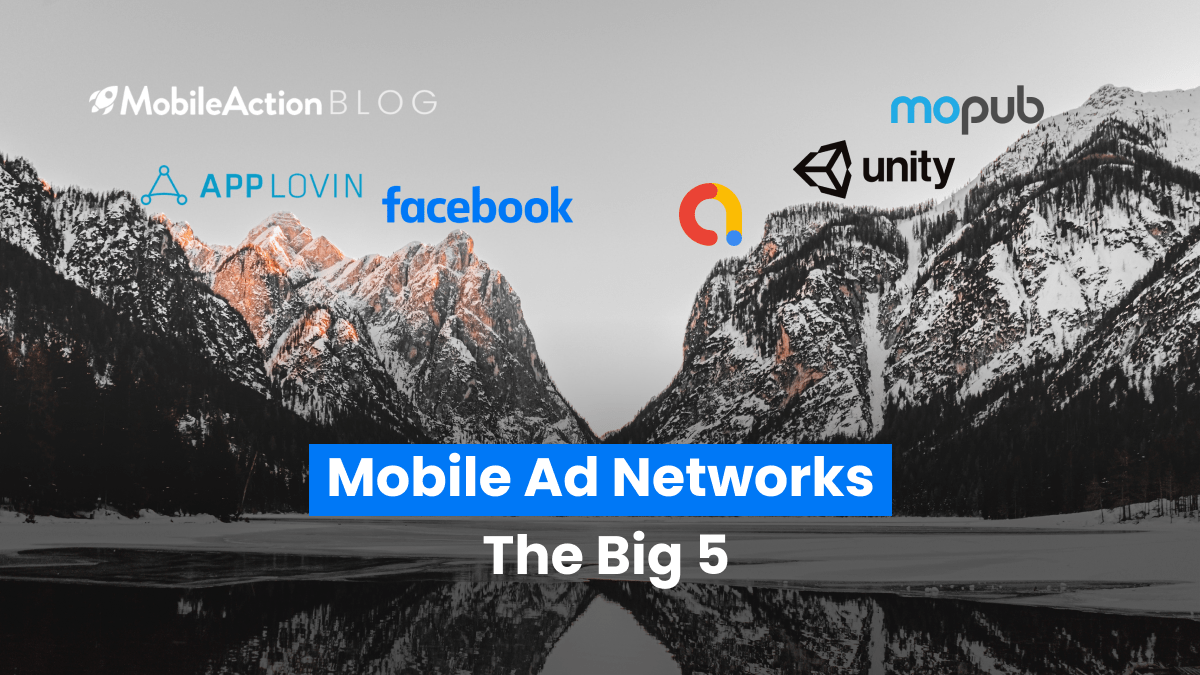 There is a whole selection of mobile ad networks currently available.

Finding the ideal mobile ad network can be quite a daunting task. It’s important to choose a network that provides a rich assortment of ad format options and maximizes your eCPM. Picking the right company can dramatically increase your user acquisition.

What is an Ad Network?

Ad networks compile and align ad inventories from publishers with advertisers searching for ad slots. Advertisers want to publish their ads in other apps. Mobile ad networks consist of software from publishers and app developers. A wide range of different formats is supported by many mobile ad networks, from banners to end cards, while others focus on specific formats, such as video or interactive media.

On the advertiser side, some ad networks provide a platform to sign-in and manage their campaigns. Others provide a managed service in which account managers provide an advisory approach and use their expertise to ensure the optimal running of the campaign.

Why are Ad Networks Important?

An essential monetization element of the mobile advertising ecosystem is ad networks. They act as an intermediary between advertisers and publishers in technical and commercial terms.

Basically, they help to connect advertisers and publishers. The result probably will be greater efficiency, more impressions, more taps, more downloads you name it! Advertisers don’t need to strike hundreds of individual deals which would be a waste of time and money.

App store optimization is not the only way to grow your app. Paid channels such as Apple Search Ads, Admob, Unity, Facebook, Vungle are also effective ways to boost app download.

Advertisers are generally apps or agencies who want to make their ads visible in other platforms.

Programmatic Ad Networks are basically systems that help to publish ads for Advertisers without any human-related negotiations and manual insertion orders.

Ad Networks are two-sided networks that both order places for ads with a fee and also charge apps for showing their ads in selected places. Basically, they are the marketplace working to match supply sources with the demands for ads.

Publishers can use Ad Monetization Technologies to optimize their profit. Mediation tools are also included in this group.

Publishers are apps that want to publish ads in their apps. For example, Facebook is both an ad network and publisher at the same time.

The Google-backed platform is unquestionably the largest and most reputable of all the mobile ad networks.

They also have great tools to drive user-acquisition with promotional advertisements. Although many networks provide the previously stated options, the thing that really sets this platform apart is the integration of Adsense to measure app metrics. Overall, AdMob seems to be the go-to Ad network to publish your mobile app ad.

Facebook is the largest social media network in the world with more than 2 billion active users as of January 2021. Naturally, they have an important place in the mobile ad network market share. Through Facebook Ads, you will be able to reach desktop and application users as well as the Messenger app. Thus Facebook Ads is a great way to reach large amounts of potential users. Facebook Ads allows users to publish different ad formats such as video and images.

Unity is an ad network which is frequently used by game publishers.  The ad network claims to reach 2.2 billion devices worldwide, totaling more than 23 billion ad impressions per month.

One advantage of Unity Ads is the different types of ad formats that are supported. Advertisers are able to use interactive end cards, playables and even augmented reality ads to reach their audience. App publishers also prefer using Unity as it allows for effective monetization.

Here is a company that has a creative and effective way to approach mobile advertising. MoPub is twitter’s ad network. It is unique and offers transparent and real-time bidding on ad space with its MoPub Marketplace. This enables more selective targeting for advertisers and increased revenue for both parties.

AppLovin is a network that utilizes machine learning to match the appropriate users to apps. Adjust, a Mobile Measurement Partner was recently acquired by AppLovin which might show they’re moving towards the analytics side. The ad network services both indie and seasoned developers, helping them grow their apps. The platform claims to reach 420 million active users around the world on a daily basis, making it an attractive choice.

If you would like to uncover your competitors advertisement strategy, schedule a demo with us today!

iOS 15: Preparing for the New Era of Mobile…