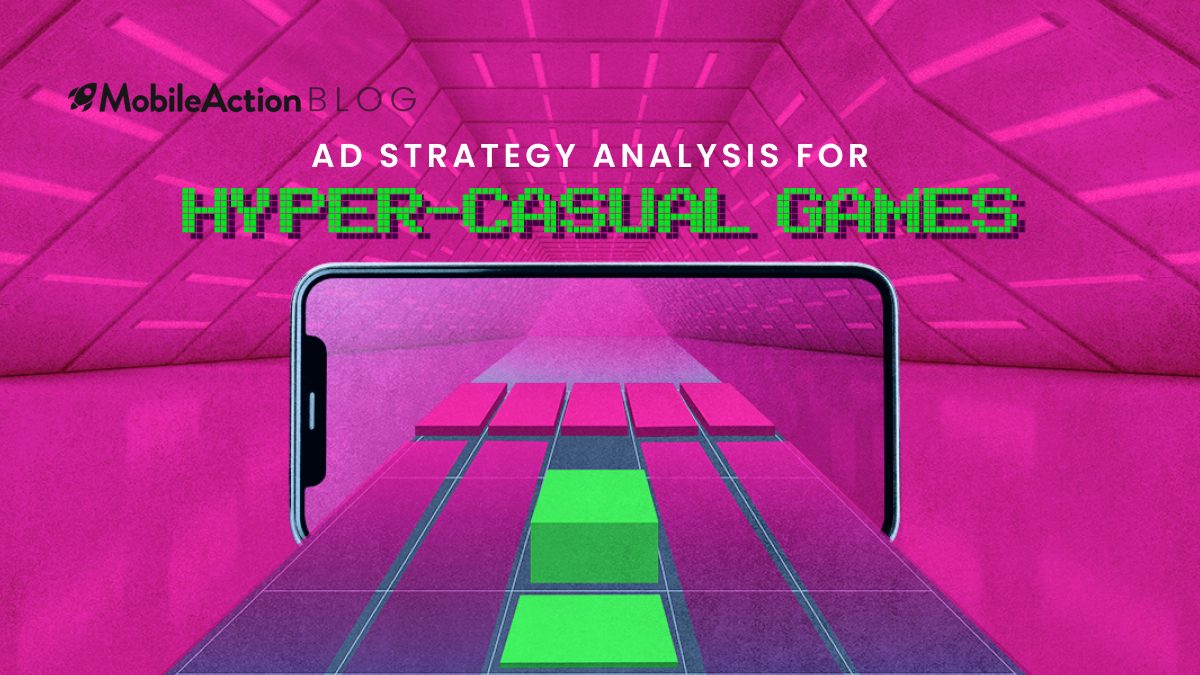 The mobile game industry is ruled by hyper-casual games and the reason lies behind the oldest theory about business. Demand and supply.

As a corollary result of technology, our lives got easier and faster. So, of course, we want easy-to-play and free-to-play games that have a simple user interface. So, of course, we will prefer hyper-casual games for leisure. This was the demand part.

The supply part is closely linked to the fact that hyper-casual games are relatively easy to develop and the development process costs less compared to other genres.

So, as long as supply and demand are in balance, hyper-casual games will continue to dominate app stores.

However, the real question is how you will dominate app stores, smash top charts and boost your growth. To answer this question, we will analyze top hyper-casual game publishers’ ad strategies to uncover their paid mobile user acquisition methods.

Voodoo, Good Job Games, and Rollic Games are some of the leading hyper-casual game publishers. Their games have run the top charts numerous times. For a better understanding of their strategies, we have picked 7 well-performing games from each.

Let’s begin by comparing how they approach the app stores. When we look at the creative counts, we see that they use more ad creatives in the Google Play Store. While the average ad creative per game is around 400, the gap between games is huge.

For instance, Hair Challenge utilized over 3600 ad creatives in total in September 2021, while Epic Race 3D had merely 100.

Below, you can see the total and average creative count for these 21 games.

Average Creative Count: Average Number of Ad Creatives per game in a given platform.

As you know, A/B testing is a crucial aspect of mobile marketing. In the Apple App Store, publishers keep 54% of their ad creatives active. This ratio is above 58% for the Google Play Store.

We can see that advertisers are iterating more in Google Play, most likely caused by the budget shift in advertising efforts since iOS 14.5, which is also mentioned in this article by Forbes.

As mentioned above, we chose three Game Publishers to analyze: Rollic Games, Voodoo, and Good Job Games. Their approach to mobile marketing differs from each other.

As you can see above, Rollic Games stands out as the most aggressive. They are running almost 6k ad creatives for their top 7 games. They almost have the double of Voodoo and Good Job Games ad creatives combined.

Good Job Games keeps its creative count around this number for both stores. However, the number of ad creatives for Rollic and Voodoo differs significantly across platforms.

Video Ads Are Still the Top Choice for Hyper Casuals

For the chosen games, the distribution of ad formats used in the Apple App Store is as above. Video is the most utilized ad format for Hyper-Casual games. Image and HTML come second and third respectively while playable ads are the least preferred mobile ad format.

When it comes to Google Play Store, we see a similar distribution. However, HTML experiences a dramatic downfall in its share. As a result of this shift, the playable format gets a 4.8% share in Google Play Store compared to its 3% share in the App Store.

Now let’s take a look at how the distribution of ad formats varies by game publishers.

In the Apple App Store, Rollic and Voodoo heavily relied on the video format in September. Only 2% of their ad creatives are in the playable format.

Good Job Games, on the other hand, had a more even distribution among ad formats. They pushed on image and playable formats in their ad creative strategies while keeping video as the dominant format.

Playable ads are effective as they allow future users to experience your game. However, as hyper-casual games are based on simple mechanics, video ads are frequently used by publishers. Through video ads, marketers are able to display the most prominent features of their game in just a few seconds.

It seems that For Voodoo, the weight shifted from video and HTML to image format when it comes to Google Play Store. They also utilized a playable format twice as much.

This was more of a general look at these game publishers’ approaches to ad creatives. Now, let’s take a closer look by analyzing how they run campaigns for their top games and what kind of content and mobile ad networks they use for their mobile ad creative strategies.

Zen Match ranked 55th in the Apple App Store’s top advertisers list for the last month. As our Ad Intelligence shows, Admob was the Ad Network with the most ad creatives for Zen Match.

As seen above, Good Job Games utilizes the video format the most. They are working with 12 ad networks, they are also benefiting from video and playable formats in their ad creatives.

Above, we filtered the search by format and status and sorted it by impression. In this way, we can display their top ad creatives in an instant.

Using phrases such as “99% can’t do this” or “your brain is this old” still attract users. However, It seems that Good Job Games prefer a simpler approach than teasing users. Here, we can see that they are using a descriptive banner while displaying the real gameplay of Zen Match.

Hair Challenge is one of the most successful games in 2021. It should not be a surprise to you that they rank 11th in the Top Advertisers list.

As seen above, they are working with 13 ad networks. Mintegral and Admob are the top two ad networks for Hair Challenge.

Also, they are adapting their CTO, Subtitle, and body of their all ad creatives into more than 20 languages.

A little tease never killed nobody but it sure brought millions of downloads. Below, we can see that Rollic Games spices its ad creatives up with daring banners.

“It is so hard to reach the end with long hair.”

“Is your hair long enough?”

This is one reliable way of presenting your ad creatives. It was successful when it was first used and it still brings users.

Especially, if you complement this strategy with engaging and relatable music. It sounds just like you entered a beauty salon, doesn’t it? However, you should always keep in mind that your video is the star player. Make it as catchy as possible.

Another common element in Rollic’s Ads seems to be rather strong Visual Effects. Especially after completion or fail events, users are faced with rich visual stimulation, in terms of color, shape & movement.

Animated beings in a mob, what’s a mob to a mobile king, and what’s mobile king to users? Will they make it out alive or will they control? There might be No Church In the Wild but Mob Control doesn’t even target the Wild West.

As you can see, Far East Asia holds a greater value in its mobile app marketing strategies. Arabic and Japanese languages are also utilized more than English in their ad creatives, demonstrating where their focus really is.

They also have a lot higher rankings in these target markets than they do in the US.

When we look at the creative analysis of Mob Control, we see that their top ad creative is also prepared for Asian Users. As you can see, mobile ad intelligence not only allows us to analyze the creatives of our competitors but also gives insights into the focus of their mobile user acquisition strategy. In this way, you can truly understand how your competitors arrange their axis of mobile marketing.

In this interactive creative, we can see that the user is incentivized to interact further through the use of textual prompts. This way users are kept engaged with the ad as long as possible, increasing the likelihood of conversions.

We have come to the end of this long post. We have looked into the mobile marketing strategies of Voodoo, Rollic Games, and Good Job Games. As these are the big guns of the Hyper-Casual Game industry, their insights should be enlightening. So, let’s summarize the findings.

With our Intelligence tools, seizing the trends and analyzing your competitors are as easy as this. Schedule a demo with our experts now and let’s take your advertisement game to the next level!

« How to Localize Your App With MobileAction
ASO Competitor Analysis: Find the Best Keywords for Your Next Update »