Best Social Networking Apps to Keep an Eye On in 2021 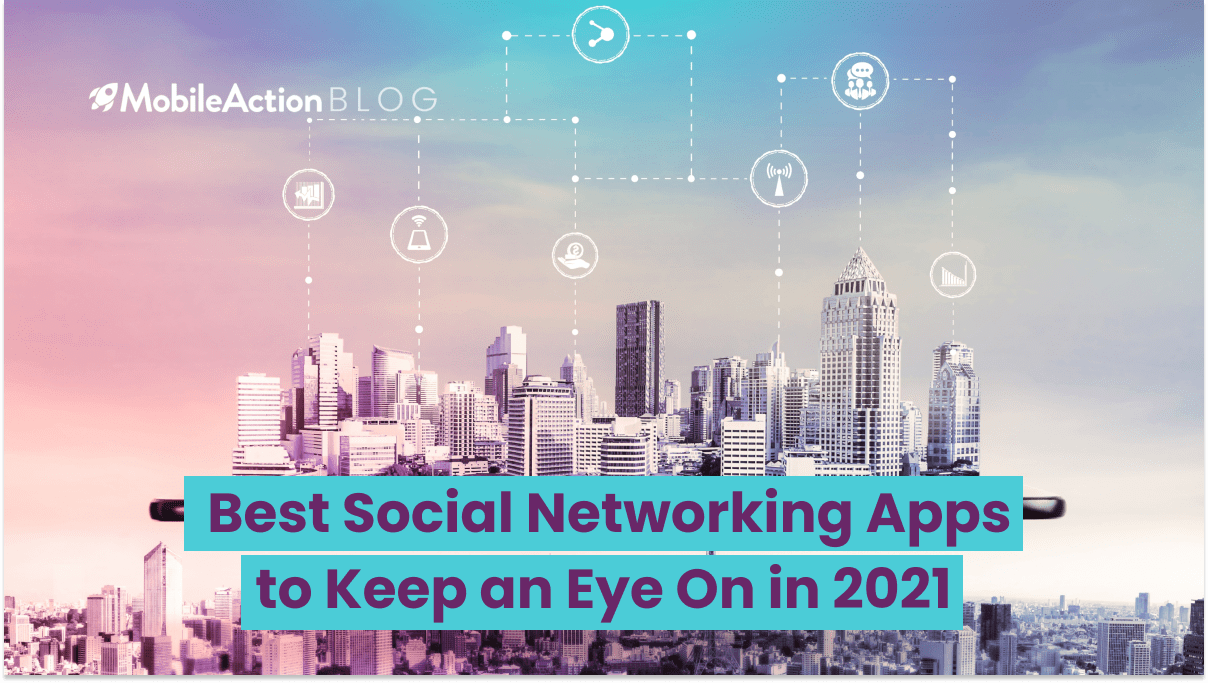 People are spending an increasing amount of time on social media apps after being locked in their homes. In terms of app marketing, some apps have performed better than others during this period. While the top five apps haven’t changed that much, the top twenty is becoming a more diverse place in the social networking category.

In this post, we try to understand how they became successful.

You can see the app variety is increasing. For instance, it was mostly about texting before it turned to doing things in the same environment, such as using zoom for meetings or having a coffee break with loved ones.

We are witnessing other perspectives getting more critical than before—Anonymous Q&A or creating an avatar and chatting with other people with this profile.

Teaming up also changed its way. People are coming together with strangers and team up to play games. They are streaming movies as they feel they are at the cinema; they start polls and discuss them.

Clubhouse is a new type of voice social media app where you can discuss or listen with your friends or totally strangers. You can find different topics from professional networking to daily chit-chats. At its first time, while hitting the charts on number one, it started to experience a downward trend in terms of overall category rankings .

Even though it has a considerably high visibility score, one of the main reasons for this downward trend can be that Clubhouse was not running any Apple Search Ads activities from the beginning.

Brand names are a reliable source of growth. However, protecting app name and brand keywords is essential to ensure the users find and download the right app.

Group chats have been one of the most popular topics of this year. For example, Tiya is a free social app where users can easily find a teammate to start a game or group chat.

To appear closer to the top in the app store search results, apps need to increase their visibility. This is mainly done through keyword optimization. We can see that Tiya has a Visibility Score of 76. They have 13761 paid keywords with a Search Ads Visibility score of 82.

We often talk about how a solid ASO strategy and an Apple Search Ads campaign are complementary tools. Since app marketers want to run an effective campaign, they should consider both paid and organic search strategies while developing a user acquisition strategy. Tiya appears to be an excellent example for this topic. While the app has quite well organic visibility score, it is also strengthened by paid search visibility.

Through ASO Intelligence, we can take a closer look at its app store keyword optimization efforts.

Another new app arising in the top charts frequently is Yubo Live. Yubo is a social video streaming app where users can chat, play games and live stream. Its target is relatively younger people -the new generation since instant messaging about a specific topic in a community is much more complex than before.

As we mentioned before, to have an efficient strategy, it is a prerequisite that being visible there when the potential users search for you. We can use the Search Ads Intelligence tool to determine which keywords a specific app is bidding on. Yubo is nailing it by bidding even with 138 keywords. We understand from the keywords the strategists aim to bid all the possible typos bring them the most impression.

Tiya and Yubo are the apps that are entering the top 20 around the same time. Using our Visibility Map, we can see which app is being used more in which area. While Yubo is more dominant around the world, Tiya also has a considerable amount of users.

Imvu is an app where you can create avatars and chat with other people. It positions itself as an online 3D avatar community. It has almost 50M members engaged. We may say Apple Search Ads has a non-negligible impact on IMVU’s user acquisition strategy since it is active in 8 countries.

According to its app reviews, IMVU mostly receives positive feedback from users. The negative words mostly entered after the latest app updates so it may be a consequence of them.

Because of the number of users of Snapchat -especially the teenagers- YOLO has a great user engagement and a 82  visibility score. It keeps its position on the top charts in social networking as well.

However, as we came across in the Clubhouse example, solely relying on the brand name is not enough to acquire new users and keep the existing ones. Below, we see other apps are getting impressions on Yolo’s brand keyword instead of Yolo. This is mainly due to the fact that Yolo is not running any Apply Search Ads activities to protect their brand name. But it’s never too late to protect a brand keyword with already existing users.

There are different practices of app marketing strategies. We have seen so far that the social networking category is becoming more crowded with various apps. Hence, not losing potential users and aiming for the right ones will show us many different apps in the top charts.

If you are curious about how things are working in other categories and would like to draw your insights, schedule a demo today and start growing your app!