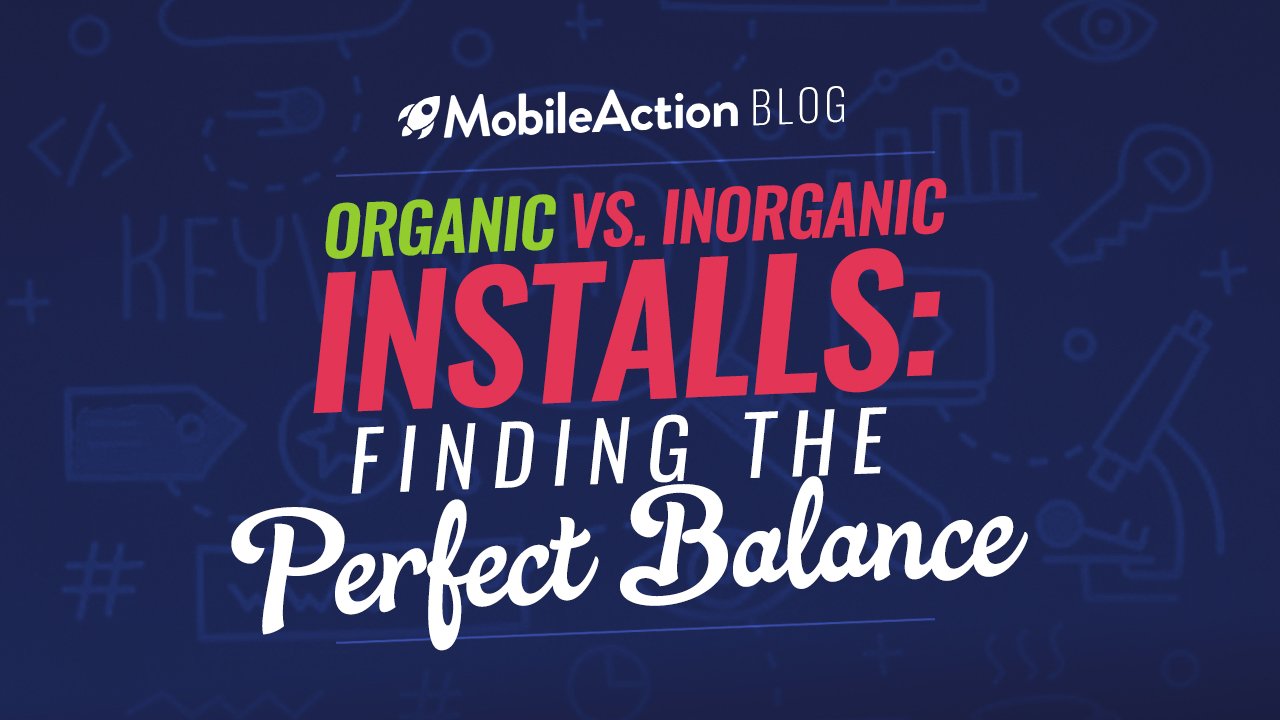 After launching your app, every decision you make is crucial for the success of your app. You can think that the process of turning an idea into something marketable is challenging by itself. Still, you should also know that it is just the beginning. In this journey, organic vs inorganic app installs are two essential ways to maximize your app’s true potential.

In this blog, we will briefly introduce how to find the perfect balance between organic vs inorganic app installs. You will find out that both of these approaches are necessary for your app to succeed in highly competitive app stores. 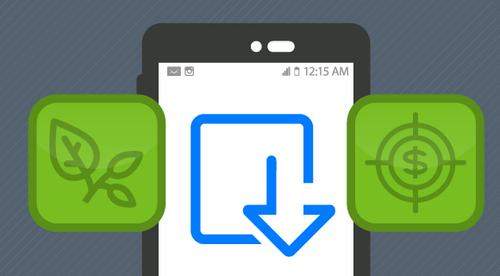 Many app developers tend to believe that they end up in crossroads when they have to make a decision about these concepts. First of all, both are musts for your overall strategy and you should embrace each one of them.

Before we move into focusing on the interaction of organic vs inorganic app installs, it is worth exploring them in detail.

There are millions of app store users all around the world who make millions of downloads each day. In most cases, these users find various apps based on their interests by selecting a category of their choosing or typing a specific keyword.

When an app store users encounter an app they believe worthy of installing based on their interests, it is known to be an organic app install. Research suggests that almost 90% of worldwide app installs are organic.

For more information about the essentials of ASO, you can check one of our previous articles.

With numerous apps are being launched in app stores each day, the competition is constantly intensifying. In order to receive a much-needed competitive edge, focusing on inorganic app installs are becoming a popular choice today.

After launching your app and having some educated guesses about your potential improvements thanks to ASO, your next is coming up with an ad campaign. Only the 10% of downloads come from inorganic app install campaigns but they are still required for you to maximize your app’s potential.

Organic vs Inorganic: The Perfect Marriage

As previously mentioned, many app developers are trying to evaluate these two in order to pick one, forgetting the fact that they can also work with both. In order to enjoy a success with your app, both of them are musts as they actually work best when they are fully integrated with one another.

The life after launching an app is a complex and challenging time period. Still, by having a solid strategy it can be handled easily. You just have to know the exact times of when to focus on organic app installs or inorganic app installs and also the perfect balance between them.

In the following section, we will briefly introduce you how to get the most of out this “marriage”.

Now that you know that these two cannot be separated, it is time to focus on the perfect balance. For this purpose, there are two key questions to address. When and how to embrace this cohesive unit.

Your first step should be all about Organic app Installs. As mentioned earlier, you will have higher retention rates and it will have a long-lasting impact in terms of acquiring loyal customers. The best way to gain organic app installs is by a well-defined ASO-strategy.

Thanks to ASO, you will learn tons of valuable information about your app, the customers and the competition in the app store. This data will help you to make the necessary improvements and it will also prepare you for the next important step, which is starting to focus on inorganic app installs.

Inorganic app installs bring a temporary boost for your conversion rates. However, if you can create a paid campaign based on the information you acquired from ASO, it can turn out to be the perfect assistance for your overall strategy.

We can explain the process and the balancing act as an example;

A developer has many predictions about their app, customers, and competition. With ASO, they can clarify their business model and make adjustments when necessary. With constant feedback, they may learn that their target market is actually different than they thought.

Based on these findings, they can now focus on a paid campaign. It will be easier and more accurate for them to define the big idea of the campaign and answers questions like who and where to focus, what and how to tell. The ASO process will continue and the campaign will bring inorganic app installs and also further boost the organic app installs.

We hope you enjoyed our blog about the perfect balance between organic vs inorganic app installs. Keep in mind that both types are essential for your app’s success. Considering all of the floating and important data, getting organic app installs can be challenging. You can use MobileAction to find solutions for all of your ASO needs.

Now that you know the essentials, go ahead and try to bring out the best of this dynamic duo.

Hope this blog was helpful to you. Remember to share if for fellow publishers who might need these tips. Stay tuned for more insights.

« How to Turn Bad App Reviews Into Diamonds
How to Boost App Downloads: Mastering Visibility »

An Ultimate Guide for App Store Keyword Optimization for…

How to Conduct a Complete ASO Audit