Blog 5 Tips On How To Increase App Downloads 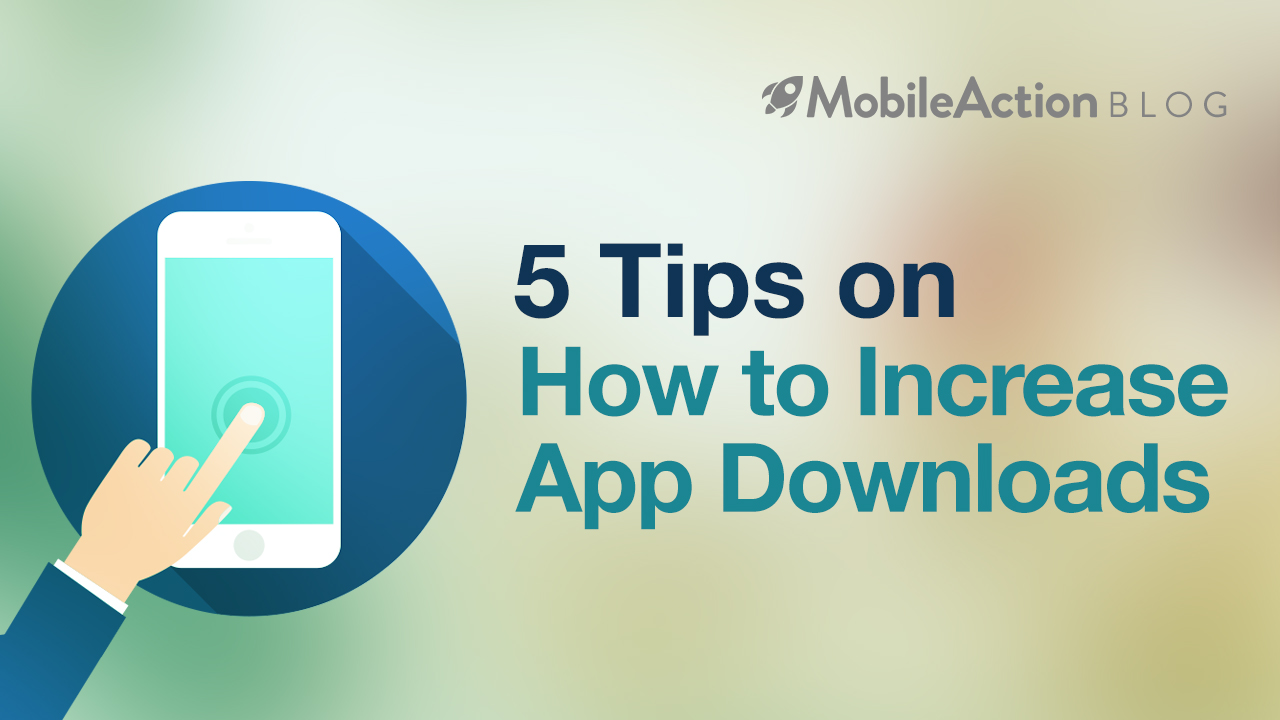 Even if you might have made the best app, getting it to rise in the ranks of both app stores and stand out of the millions can be a difficult and challenging task. When you develop an app your ultimate goal as an app developer would be to generate revenue with your app right? And in order to boost app downloads, your app’s visibility plays a key role.

On this blog, we will discuss the ways we think will help you stand out from the other apps in app stores and how to increase app downloads.

There is a clear correlation between the download rates and the visibility of an app. High visibility will lead to more downloads and vice versa.

In our dashboard, it is possible to see the visibility score of an app under App Profile as Visibility Score.

This score simply indicates how visible your app is on the market.

At the early stages of your app’s journey, the potential users in app stores will have little knowledge about your app. In order to boost app downloads to the desired level, the first step you should take is to improve your visibility.

When your app is more visible, the increasing traffic will transform into downloads. In the long-run, high download numbers will help your app to remain visible higher up the category rankings (having a high visibility score).

Visibility is the key to higher downloads. To focus on the overall process of getting the most out of your app’s potential when it comes to boosting visibility and downloads let’s go over some essential steps first.

Value Proposition, you can try to make your app relevant in app stores by constant App Store Optimization (ASO) efforts. Still, without connecting with your potential users with a clear value proposition, your attempts would be short-lived at best. As a first step, you must have an offering that acts as a painkiller or gain creator for your users.
App Store Optimization (ASO), the next and possibly the most important step is investing in ASO. Even though you have an incredible app that has the potential to be a “category killer”, you should support your app with a well-defined ASO strategy for the sake of higher visibility and downloads.
Paid User Acquisition, in the long-run, the organic and inorganic downloads of your app will work cohesively to maximize your downloads. Research indicates that a paid user acquisition campaign has the potential to boost your organic downloads up t0 17x by improving your visibility. In other words, a paid ad campaign feeds your downloads by providing enhanced visibility.

Try to collect all 4 or 5-star Check the language of your reviews to see patterns of what your users like or dislike and make changes accordingly. Also, note that getting negative reviews and ratings are also valuable insights to improve your app.
If your app is not visible in the higher-ends of category rankings, it would be difficult to get app downloads. In order to choose the right category and subcategory for your app, check their relevancy, competition and potential revenue.

Now let’s dive deeper and get on with 5 crucial tips.

First of all, to grasp the user’s attention your apps need to be highly visible. And to increase the level of visibility of your app in the app store there is no magical formula, there is App Store Optimization (ASO).

Many developers underestimate the power of App Store Optimization, whereas it is very crucial for increasing the visibility of your app. So, in order to answer the question of how to increase app downloads, it is important to know how people discover your app.

If you want to know more information on how ASO works then visiting the ASO guide for Apple Store and ASO guide for Google Play Store will be very helpful.

Many developers who do not get enough downloads, want the result to be visible at the speed of light. They cooperate with paid acquisition platforms like Facebook ads, Google AdWords in order to increase app downloads. But honestly, if your app is not working properly or if it doesn’t have a solid store standing, these efforts won’t be too long-lasting.

Getting back to App Store Optimization…

App Store Optimization is a long-run solution, sadly, it’s not a one-time solution that you can set-it and leave-it. You will have to constantly tweak and update your keywords to stay on top of your app competitors and ensure that your app ranks for the best possible keywords. Update your keywords regularly (weekly or monthly), check your App Store’s page-views-to-downloads conversion rate, and work on improving it with constant monitoring, testing, and iteration sessions.

It seems a little daunting, right? Well, the good thing is that App Store Optimization allows your app to grow steadily and attract organic users who are much more likely to use your app for a long period of time and even spend money on it.

2. Make Your App Free At Launch

Free apps are generally getting more downloads in comparison with paid apps. And free apps can have In-App Purchases.

When it comes to spending money on the newly launched app only a few people would do so. Honestly, who would like to spend money on an unfamiliar thing?

This might drop the number of downloads when your app is just launched. Making your app free at launch will push your app up in the search results and. If you already launched your app, and you have In-App Purchases (IAP) make them free for a while.

3. Be Online To Increase App Downloads!

Creating a website, a landing page, or a blog that are all unique. This all should carry the same design and unique creativity of your app. Social Media gives a hand to increase app downloads.

Recording a short video that focuses on one main feature of the app, and uploading it to Youtube channel that you will create for your app will certainly push your app up in the search results.

It is all about increasing public awareness. It might sound easy, but when it comes to work it needs a careful implementation. Before that, let us answer the question “Who is an influencer?”

A person who is well known in a specific niche, and who is not having any kind of responsibility for the product is called an influencer.

So, the process of influencer app marketing revolves around getting your app tested and reviewed by these people to put you directly in front of the user base that might be interested in your app. That is where the importance of influencer marketing lies.

The paid acquisition is one more advice on how to increase app downloads, and as the name implies it is getting customers through paid methods such as ads, online network channels and etc. Run additionally paid ad campaigns based on the valuable insights from ASO about the marketplace and competition to further boost app downloads and visibility.

3 Common Mistakes & How to Avoid Them

Improving your downloads is a shaky road and it is possible to make certain mistakes. We believe that it also worths mentioning some of the common mistakes and how to avoid them for your own good.

Deciding on your target audience and your relevant keywords, using them in your title, subtitle and description are essential to ASO if you want a chance to increase your app downloads.

Putting yourself in a potential customers’ shoes might be a huge help while doing all these steps we provided. Every decision about your app should be detailed and made with the utmost care.

Don’t forget that visuals are important, people look at app icons, videos, and screenshots and they will be crucial when they decide to download and install your app or not. You can be as precise with these as you want and use edited videos especially for your app that highlights its best qualities rather than just screenshots.

One of the most important things about being an app creator is being able to stand by your app. Make sure to check the reviews regularly and improve them through them. Use influencers, market your app accordingly. You need to be able to show the capabilities of your app and creating the app is just half of the work. You need to be on top of your ASO strategies constantly and make sure the visibility of your app increases overtime to get on the editors’ page and reach more targetted users.

These will surely have a good impact on your download count, so does your pocket will be affected. If you are ready to see the impact on your credit cards, go ahead it is a nice way to increase app downloads. But be careful not to burn all of your cash 🙂

For more information on Apple Search Ads, visit the website.

Hope you enjoyed this blog post, for more tips and insights you can Schedule a demo with us!