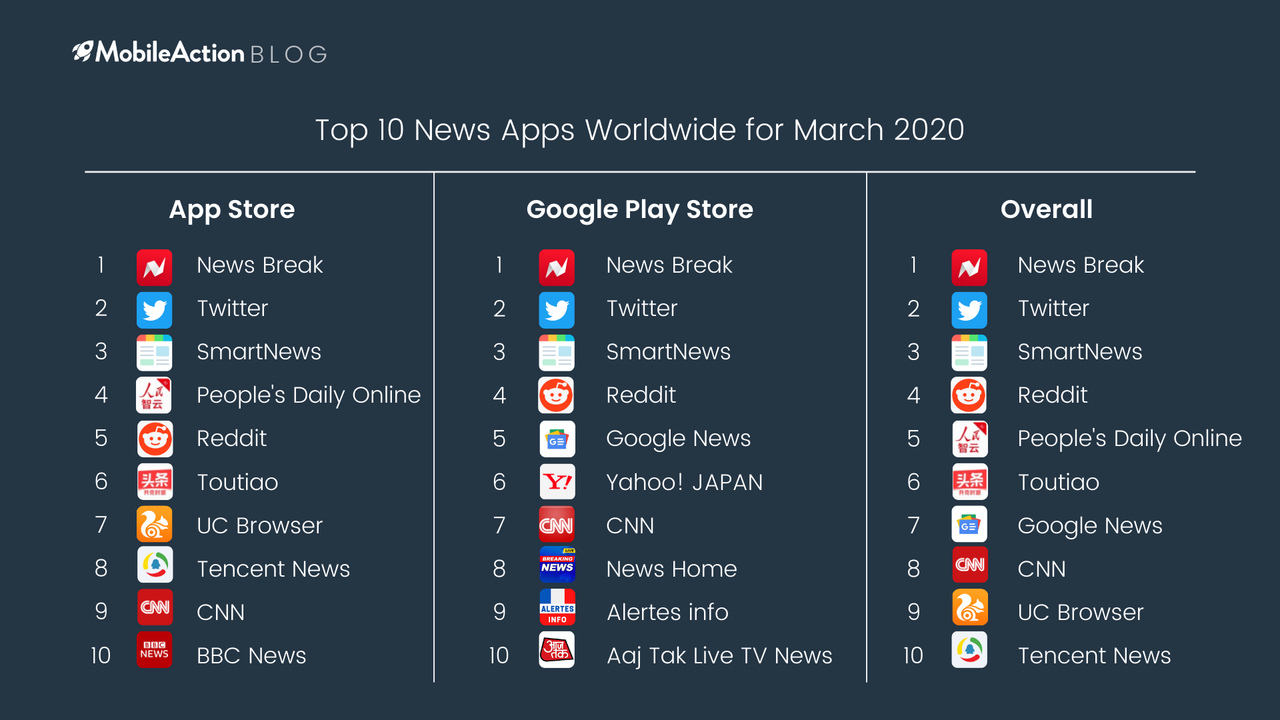 Twitter is known by everybody and their grandmas by now, but News Break managed to climb the charts and get crowned first place in both stores and in overall when combined. So how come it managed to beat the bird app that we all know and scroll through every day. To get an idea lets look at its Campaign Analysis using our Ad Intelligence tool.

When we look at both of the apps’ Campaign Analysis for the App Store, we can see that News Break was more aggressive with ads when compared to Twitter. News Break has a total of 7 ad networks and uses Facebook for the most part, while Twitter has 5 ad networks and chose Mopub as its main ad network. When we go over to the right, we can see insights like publisher count, types of creatives, and the amount of active creatives to the total amount of creatives. We can see that News Break’s both Ad Publisher Count and Creative Count are significantly higher than that of Twitter. This shows us that they’re being more aggressive with ads than Twitter is.

Indeed when we look at their Category rankings in the USA where they seem to have a lot of users, we see an increase in rankings for News Break in the month of March, while Twitter’s graph seems more monotone, with no significant change.

The change in News Break’s category ranking could be due to a number of different reasons, such as their ASO strategy and in-app ad strategy like we have mentioned above. As the world is still fighting a battle against the coronavirus, it might be a good idea for news apps, even the known ones, to consider more advertising.

« Ad Analysis: Fishdom to Cure Your Boredom
5 Tips On How To Increase App Downloads »