Blog What Happened to the Robinhood's Ratings?

What Happened to the Robinhood’s Ratings? 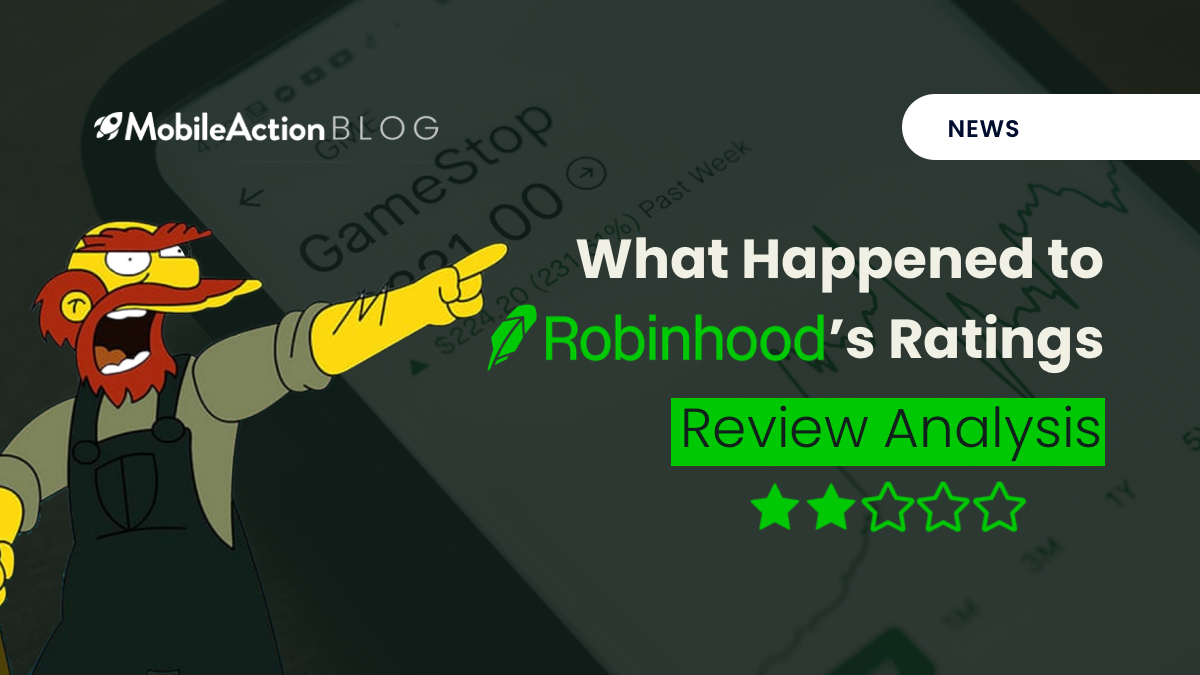 Two months ago, we published a blog post about the success of Robinhood, and after last week’s news, everything changed. Since then, Robinhood has not only become the most viral subject on the internet but has also become very popular in app stores.

Robinhood, as a commission-free online broker, has stopped new purchases and sales of Gamestop and some other fluctuating stocks. Robinhood stated on their website:

“Since day one, we’ve worked to put financial power into the hands of everybody—not just a select few. We believe the financial system should be built to work for everyone.”

This contradicts their actions concerning Gamestop. This made Robinhood users furious.

As Robinhood users have been venting their anger both online and in the app stores, there have been significant changes in their ratings. Let’s check what’s new with Robinhood’s App Store Ratings.

Last week, after the crisis, Robinhood climbed 15 places to the top of the Top Charts, which might seem like a positive thing. We cannot say the same for their ratings.

To understand the overall picture, let’s go back to the middle of January, 2021. This is the review history of Robinhood between 11 January and 19 January:

We see here that the average rating is 4.33 among the 1474 reviews. Their users are mostly satisfied. These ratings were just before the action of Robinhood against Gamestop. Let’s check out what happened after:

Last week, there were 30,145 reviews in the Apple App Store for Robinhood, which is 20.4 times more than the previous week’s reviews. The average ranking of the week dropped to 1.10 from 4.24.

When we deep dive into the details, we can see how fast the reviews have changed. There is only 5 days between these two review page screenshots:

There were some interesting keywords in reviews such as manipulation, market manipulation, hedge and hedge funds. These new keywords have occurred in the reviews page with an increasing trend that you can see in the Most Mentioned Keyword Analysis page.

As you can see, Robinhood is not having its best time regarding customer reviews. Their drop down was so sharp, the actions that they will take is still a mystery. The reason for low ratings for Robinhood was obvious, but it might not be that clear everytime.